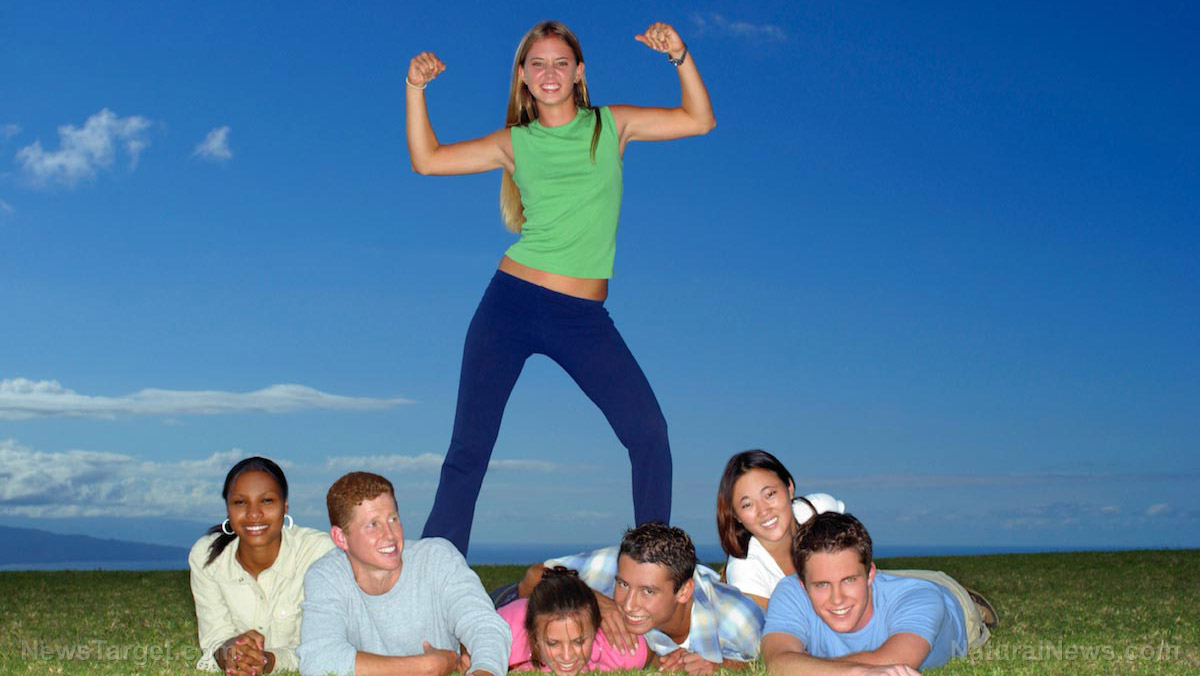 (Natural News) You can tell how desperate the Left is getting to win back power and how little confidence they have in a so-called “blue wave” coming this November — or at any time beyond the midterm elections — because their policy recommendations are getting nuttier.

While Marxist Democrats push for new gun control legislation that would restrict long-gun sales the same as handgun sales, requiring buyers to be at least 21 years old (ostensibly because buying a gun is such a massive responsibility), the same lunatics want to give 16-year-old teenagers the right to vote.

In fact, as reported by Guns.com, far-Left Democrats are actually citing “youth gun control advocacy” as a primary reason why they should be able to cast ballots in federal, state, and local elections:

The mechanism for the proposed constitutional amendment, H.J.Res.138, was introduced by U.S. Rep. Grace Meng earlier this month. The amendment would allow 16- and 17-year-olds to vote, the biggest change to the voting age since it was lowered from 21 to 18 in 1971.

“Over the past year, we have seen a huge wave of inspirational and passionate activism by students from all across the country,” said Meng in a statement. “Students are demanding change on issues such as gun safety, climate change, and healthcare. They deserve to have their voices heard at the ballot box and to have a say in the change for which they’re vigorously advocating. It’s clear to me that they should be allowed to vote.”

In a tweet, she added: “It shouldn’t take another 17 deaths for Congress to finally take action to prevent gun violence. We must be allowed to vote on common-sense legislation like the Gun Violence Research Act TODAY.”

A moment of silence won’t ease the suffering in Parkland, FL. I’m calling for swift passage of gun safety legislation so no community knows this pain again. #ParklandTownHall #StudentsDemandAction

Not a serious proposal

Setting aside for a moment the monumental task of amending the Constitution – which, for this particular change would be impossible at the moment – since when are “passion” and “inspiration” qualifiers for voting?

Students “demand” things all the time, but who is Meng to decide this particular demand has any merit, let alone any practicality?

Never mind that teens have virtually no life experiences outside of their sequestered home lives in which they have parents who are still caring for them and providing for them. Never mind that teens are some of the most impressionable and impulsive of all people – precisely because they have no life experiences with which to counterbalance and ‘fact-check’ what misleading adults are telling them. (Related: Dem heads explode! Trump calls for VOTER ID amid widespread reports of voter fraud.)

And for the record, weren’t Democrats under Obama supposed to have ‘fixed’ all that was wrong with “healthcare?”

These kinds of goofball proposals aren’t serious because they’re not premised on any rational thought. The fact that the voting age was lowered from 21 to 18 is bad enough – and for the same reason that the vast majority of 18-year-olds do not have the life experience necessary to form well-rounded opinions about serious matters.

Then there is the gun law business; how is it that Meng believes 16-year-olds have the depth of experience and knowledge to cast votes in federal elections, but they don’t have the mental capacity or the temperament to buy a handgun or a rifle until they’re five years older?

We can send them to war but not until they’re 18 – and yet she believes their “passion” is the ultimate voting qualifier.

The small number of student activists who have of late been coaxed into action by raw emotion and stoked by the Left’s propaganda is by no means indicative of the entire population of American 16- and 17-year-olds. There’s no way to know that.

This proposed amendment has as much chance of being ratified as Obama has of having his face chiseled into Mount Rushmore. But the fact that it has been introduced at all is a sure sign of desperation from a desperate party.