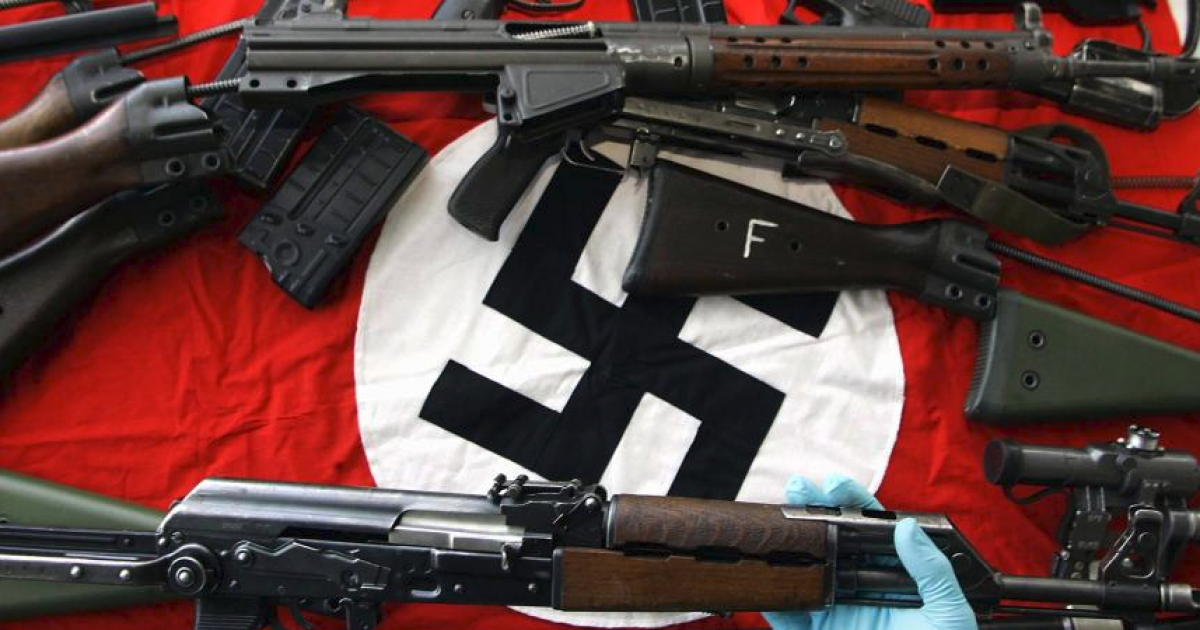 Happiness is a warm gun, sang the Beatles, but Democrats are singing registration, then confiscation, of your guns. A “Firearm Registration” bill was introduced in the Pennsylvania Legislature on March 8, 2019.

Safety is the mantra of anti-gun activists, but their claim of control is a means to their goal of a gun-free society. This progressive policy can be implemented only by compliant citizens. But political opponents, the “deniers,” must be eliminated by social shaming or civil and criminal penalties. There are historical lessons of totalitarian governments, which rule because citizens have been deprived of weapons.

In Nazi Firearms Law and the Disarming of the German Jews, page 537, Stephen P. Halbrook

“The record establishes that a well-meaning liberal republic would enact a gun control act that would later be highly useful to a dictatorship. That dictatorship could then consolidate its power by massive search and seizure operations against political opponents, under the hysterical ruse that such persons were ‘Communist’ firearm owners.”

“It could enact its own new firearms law, disarming anyone the police deemed ‘dangerous’ and exempting members of the party that controlled the state. It could exploit a tragic shooting of a government official to launch a [sic] pogrom, under the guise that Jewish firearm owners were dangerous and must be disarmed.”

“This dictatorship could, generally, disarm the people of the nation it governed and then disarm those of every nation it conquered.”

“A well regulated militia, being necessary to the security of a free state, the right of the people to keep and bear arms, shall not be infringed.” The Second Amendment of the U.S. Constitution.

“In the 2008 case District of Columbia v. Heller, the Supreme Court held that the ‘Second Amendment protects an individual right to possess a firearm unconnected with service in a militia, and to use that arm for traditionally lawful purposes, such as self-defense within the home.’” Reported by the Legal Information Institute of the Cornell Law School.

“The above experiences influenced perceptions of fundamental rights in both the United States and Germany,” Halbrook explained: “Before entering the war, America reacted to the events in Europe in a characteristic manner. Seeing the Nazi threat and its policies, Congress passed the Property Requisition Act of 1941 authorizing the President to requisition certain property for defense, but prohibiting any construction of the act to ‘require the registration of any firearms possessed by any individual for his personal protection or sport’ or ‘to impair or infringe in any manner the right of any individual to keep and bear arms.’” Nazi Firearms Law, pp. 536-37.

“Remember that registration of firearms is only the first step,” stated the Requisition Act’s sponsor, Rep. Paul Kilday (D-TX). “It will be followed by other infringements of the right to keep and bear arms until finally the right is gone.” Nazi Firearms Law, p. 537, fn. 289.

A secret Nazi Gestapo Order (1941) is compared to Pennsylvania’s Firearm Registration bill (2019) in this side-by-side chart. Pennsylvania’s bill has more requirements than the Nazi’s order. In Pennsylvania, if the bill becomes law, a gun owner will be required to provide more information than a person who registers to vote.

For the right of self-defense, a person would be required annually to self-report ownership of each gun and describe it in detail. A certificate or renewal is not guaranteed because the State Police could deny the application. Partisan bureaucrats may not appreciate an applicant’s conservative politics: Allegiance to the Bill of Rights and limited government. Far-fetched? Just ask Tea Party organizations who were delayed or denied non-profit status by Obama’s IRS.

The State Police’s database could be released for official or nefarious purposes: The Pennsylvania Legislature under the guise of oversight. Freedom of Information requests by liberal media and advocacy groups.

Anti-gun zealots could dox persons who own guns. New York’s concealed weapon permit holders were posted via a map on the internet. There was proposed a multi-state map. Liberal news agencies and the social media mob have harassed law-abiding, private citizens. Identification of gun owners is not likely to deter criminals, who may have a shopping list for gun collections.

An enemy could learn that you own a gun. A related “red flag” law may be used for a fraudulent claim against you. The police will confiscate your gun pending a court hearing. Meanwhile, an enemy has an opportunity to cause injury or murder of you.

Law-abiding citizens’ registration of guns will not prevent criminals from obtaining unregistered guns. No lives will be saved. Note the bill’s absence of “whereas” clauses of findings of facts to support unidentified benefits. Also, the absence of redeeming press releases of the bill being introduced by Democrats: Angel Cruz, Mary Jo Daley, and Mary Louise Isaacson; and Democrat co-sponsors: Joseph C. Hohenstein, Joanna E. McClinton, and Benjamin V. Sanchez. The bill failed in 2009-10, 2011-12, 2013-14, 2015-16, and 2017-18.

This proposed law could be enforced only if the government is aware that you own a gun. Will the police conduct a search for guns, literally door to door?

If you are forced to use a gun for self-defense, but fail to comply with registration, could your defense effectively be an infringement of the Fifth Amendment?

Fail to register a gun, then risk a criminal penalty of 90 days in jail. The government likely will confiscate your gun; You likely will not be eligible to possess another gun; and you likely will be limited to lesser forms of self-defense.

Gun registries will lead to gun confiscation, as illustrated by Australia, Canada, and Germany; as well as the United States: California, Illinois, and the heart of liberalism: New York City.

National gun confiscation has been proposed by liberals including Rep. Eric Swalwell (D-CA; 2018); the NAACP (2018); and Hillary Clinton, presidential candidate (2016).

Admit it, liberals, you really do want a total ban on firearms.

Speaker of the House Nancy Pelosi, suggested that a Democrat President could declare gun violence as a national emergency.

Have we not learned the lesson of the Nazi policy to disarm, and then control, its citizens? Nazi gun laws facilitated the murder of political enemies, specifically the Holocaust of more than six million Jews.

What part of the Second Amendment’s independent status, “shall not be infringed,” did these legislators, some attorneys, not understand? The U.S. Constitution trumps a state statute. A first-year law student learns this principle.

Liberals ignore constitutional law in favor of an agenda of a gun-free society. Liberals use safety as subterfuge for registration leading to confiscation of guns.

I appreciate our Founding Fathers’ wisdom that the Second Amendment is a guard against tyranny, whether the enemy is foreign or domestic.

Since self-defense is a God-given right, I believe in the Doctrine of the Lesser Magistrates

: Should gun registration become law by an act of either a state or federal government, I will not comply. Such a law would classify this patriot as a criminal.

Posted with permission from Pamela Geller

Gerald Lostutter is a Florida licensed attorney, college professor, journalist, and patriot life member (endowment level) of the National Rifle Association. This article does not create an attorney-client relationship. You should consult a licensed attorney for advice.