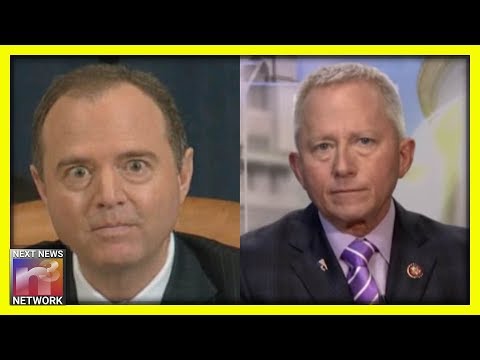 Democrat Rep. Jeff Van Drew (NJ) appeared on “Sunday Morning Futures” on Sunday and told host Maria Bartiromo that he would be voting “NO” on impeachment unless there is proof that Trump committed a high crime. –CHRISTINE LAiLA

There is trouble brewing with Schiff’s phony impeachment. It has been rumored that some Democrats are ready to cross the aisle and others are simply not going to vote for impeachment.

They fear for their political lives!

Is Van Drew just trying to save his own tail here?

But either way he speaks the truth.

Democrat Rep. Jeff Van Drew (NJ) appeared on “Sunday Morning Futures” on Sunday and told host Maria Bartiromo that he would be voting “NO” on impeachment unless there is proof that Trump committed a high crime.

Van Drew said that impeachment is a very serious thing and Schiff is disenfranchising millions upon millions of Americans who voted for Trump.

“Our Founding Fathers had vigorous debates of whether they would even allow impeachment in the Constitution — you don’t disenfranchise voters — millions upon millions of voters,” Van Drew said. “Voters choose their leaders in America.”

Maria Bartiromo then asked Rep. Van Drew if he is hearing concern from red-state Democrats about Schiff’s Soviet-style impeachment process.

“There is some discussion among some of them (Democrats) quietly, privately of concern certainly,” Van Drew said. “What I’m hearing out on the street from most people is they’re kinda tired, they’re kinda worn out, they’re kinda bored and they really wanna move on.”

Read the rest at The Gateway Pundit…

Whether they come to the conclusion to save their jobs or by honesty, there will be many Democrats that jump ship on this phony impeachment.

The impeachment, in my opinion, is about more than eliminating Trump.

It is about setting up Trump to take the fall for many of the Dems who are guilty of bad dealings with Ukraine.

They are trying to strike first and avoid justice for themselves.

TOP Democrats are trying to protect their own futures with this phony Trump impeachment.
When the lesser, unknown and innocent Democrats start to realize that they are betting their own jobs to save Pelosi, Schiff, Obama, The Bidens, et al they will do what politicians do best.
They will cover their own asses by breaking ranks and try to keep their jobs.