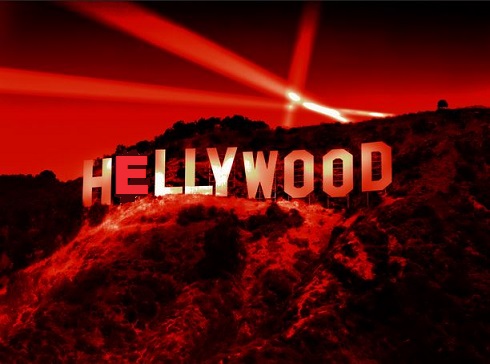 In 2017-2018, some male Hollywood pedophiles were unmasked, including:

Washington Pundit also published a list of Hollywood, political, and royal names connected to pedogate. See my post on this here.

Much less known are the female Hollywood pedophiles, like unfunny comedienne Sarah Silverman, Cher, and Omarosa. See my posts on them:

Patriots on Twitter are unmasking other female pedophile actresses by digging up their incriminating tweets from years ago which the actresses had deleted. Below are some of their sickening tweets — from Sarah Silverman and Chrissy Teigen.

Here’s a cannibalism tweet from actress Courtney Cox, best known for the TV series Friends. She deleted the tweet in April, but not before alert netizen @TexanScottie had taken a screenshot of Cox’s tweet on March 30, 2020, as proof.

Then there’s actress Sandra Bullock describing to mean and nasty Ellen DeGeneres a “beauty treatment” for her skin, in which “extractions” from the foreskins of male babies are injected into her skin. (See “Hollyweirdos get penis facials from Korean baby foreskins“)

Adrenochrome doesn’t sound quite so far-fetched now, does it?