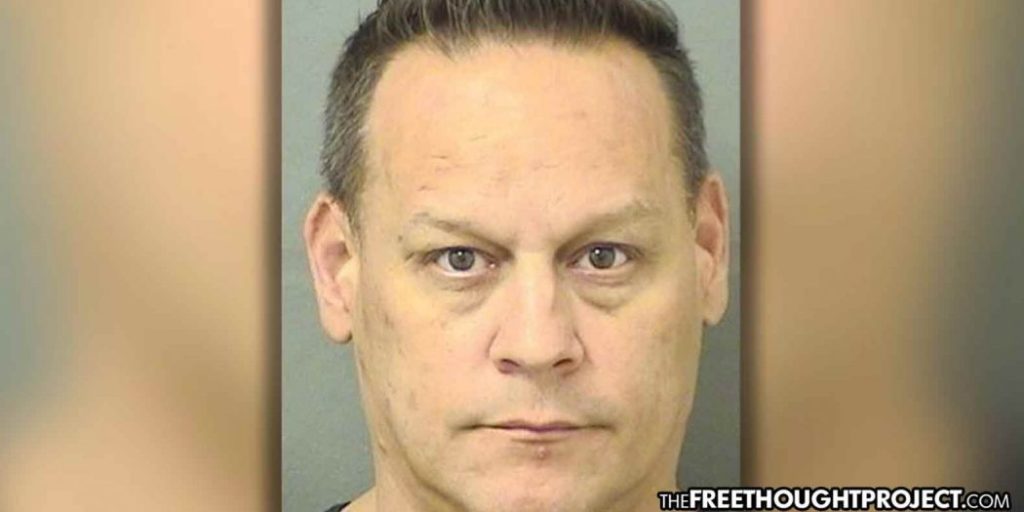 Palm Beach, FL — Robert Simeone, a former Palm Beach County Sheriff’s deputy and U.S. military veteran, originally faced up to 175 years in prison for the 30 felony charges he pleaded guilty to this month. However, despite the long list of crimes, including stealing from a children’s charity, Simeone will spend just five years behind bars thanks to a likely blue privilege-inspired plea deal given to him this month.

Simeone, 49, pleaded guilty to 30 felony charges for stealing $50,000 from a children’s charity and paying kickbacks to lure patients into a drug treatment center he ran in West Palm Beach.

On Wednesday, this prior ‘pillar of the community’ stood before a judge and admitted to stealing tens of thousands of dollars from children in a charity he set up to get rich in the name of dead cops and veterans.

According to the Sun-Sentinel, in 2017, Simeone became one of the first individuals ensnared by State Attorney Dave Aronberg’s Sober Homes Task Force. It’s a law enforcement push against abuses in the area’s drug-recovery industry. There have been more than 100 arrests in three years.

Apparently, it is against the law in Florida to offer or pay any commission, kickback or bribe to promote the referral of patients to or from a health care provider. But paying people to get patients for his drug rehab clinic was hardly the worst of his crimes — and, as some may argue, not really a crime at all. Defrauding children, however, most certainly is.

In 2011, the deputy and veteran, started a charity alleging to help children of fallen military men and women, police officers and firefighters. Instead of giving the money to the children like he promised, this cop put it in his pocket — a lowlife move indeed.

As the Sun Sentinel reports, court records show detectives looked at bank account activity between January 2015 and September 2019 and found $73,556 in deposits were made to the charity. Over the same period, $49,037 in transfers from the charity were deposited into Simeone’s personal and business accounts, an arrest report showed.

“These transfers permanently or temporarily deprived the declared (Children of Wounded Warriors) beneficiaries … of the opportunity to access the funds contributed by the original donors for their assistance,” the report states. “The majority of the donations were instead used for the personal benefit of Robert Simeone or the businesses owned and operated by him.”

As part of his sentence which includes the 5 years, Simeone will be required to pay pay $81,000 in fines; pay $27,800 to three victims; pay more than $25,000 for the cost of the investigations; testify in other patient brokering cases; and not work for any nonprofits or in any capacity related to health care, substance abuse treatment, clinical lab testing, and/or recovery housing.

In 2015, multiple cops, without a warrant, broke down the door to Andy’s Candyland — a Chicago-based neighborhood charity. The money Andy Jordan, the founder of the charity, and his girlfriend had raised earlier that day through a yard sale that was supposed to help local children, was stolen by the police as they ransacked the building.

Before Chicago, TFTP reported on the story of Joseph Buffis, former police chief of Lee, Massachusetts, who was caught embezzling more nearly $60,000 from a holiday fund which was supposedly set up for underprivileged children.

Years ago, the “Laliberte Toy Fund” was set up by a now deceased police officer, and in the entire time that the charity was running, only one single check for $250 was sent out to a needy family. This is despite the fact that the account had taken in tens of thousands of dollars.

In May of 2014, the account was discovered to be empty and all the evidence showed that Chief Buffis used the money on personal items. Shameful indeed.