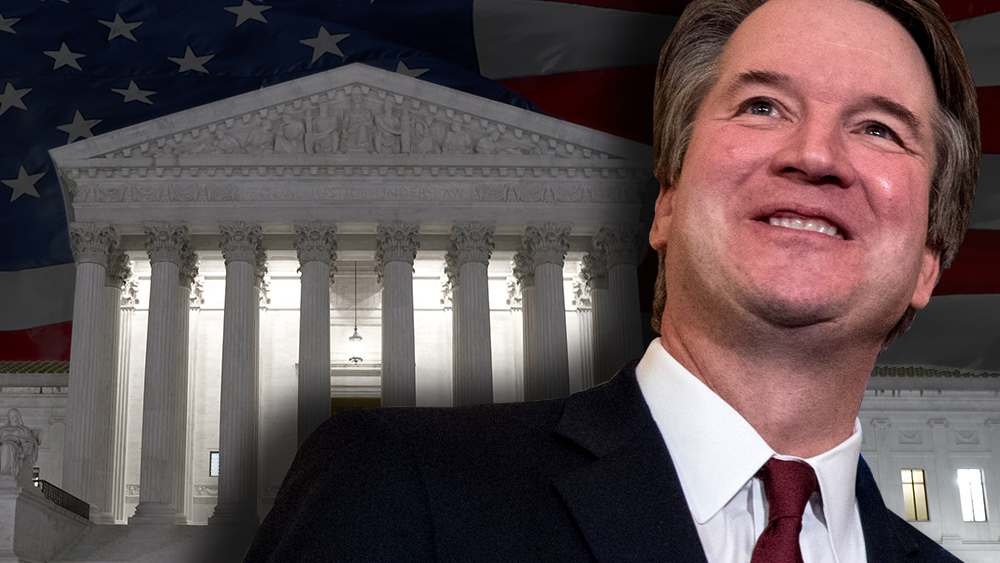 (Natural News) The desperate last-minute attack on Brett Kavanaugh by the lying, dishonest Democrats is a last-ditch effort to halt a series of events that will lead to mass arrests of Democrat-linked deep state operators who committed crimes of treason against the United States of America.

Timing is everything. President Trump, who quietly declared a state of national emergency earlier this year, is now operating under executive powers that kick in during national emergencies and times of war. (The United States has been in a declared state of war since September, 2001.)

In 2017, President Trump signed executive order 13818 that declares a national emergency and authorizes the arrest and prosecution of present and former government leaders for “corruption.” The executive order reads:

I therefore determine that serious human rights abuse and corruption around the world constitute an unusual and extraordinary threat to the national security, foreign policy, and economy of the United States, and I hereby declare a national emergency to deal with that threat.

In March of this year, President Trump signed Executive Order 13825, which clarifies the existing power to arrest and try seditious government officials under military tribunals during times of declared war. This executive order is called, “2018 Amendments to the Manual for Courts-Martial, United States.” Although its language is long and convoluted, the upshot is that the document protects the government’s power to prosecute individuals for past crimes.

Typical language from this executive order:

Get the full story of Brett Kavanaugh, emergency powers and the coming mass arrests of deep state traitors who have betrayed America

In the Counterthink video, below, I lay out the full story of why Democrats are so desperate to stop Kavanaugh from being confirmed as the next U.S. Supreme Court justice. If you want to really understand what’s happening behind the scenes to try to overthrow America and install a totalitarian left-wing regime into power, you need to watch and share this video: