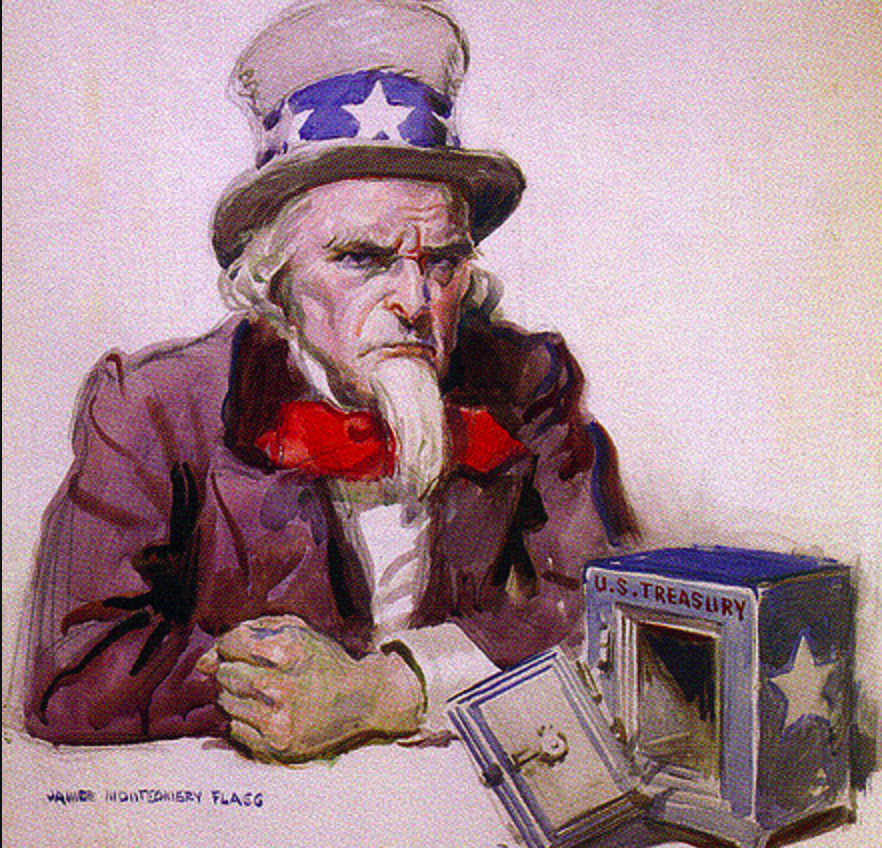 Temporary prosperity that is created by exploding levels of debt is not actually prosperity at all. At this moment, the U.S. government is 21.4 trillion dollars in debt, and we have been adding an average of more than a trillion dollars a year to that debt since 2009. And if we stay on the path that we are currently on, the trajectory of our debt will soon accelerate dramatically. In fact, as you will see below, the Congressional Budget Office is now projecting that the U.S. national debt will reach 99 trillion dollars by 2048 if nothing changes. Congressional Budget Office projections always tend to be overly optimistic, and so the reality will probably be much worse than that. Of course we will never actually see the day when our national debt reaches 99 trillion dollars. Our government (and our entire society along with it) will collapse long before we ever get to that point. In our endless greed, we are literally destroying America, and emergency action must be taken immediately if we are to survive.

Debt always makes things seem better in the short-term, and it is always destructive in the long-term.

When we go into debt as a nation, we are literally stealing from the bright future that our children and our grandchildren were supposed to have. Through the first 11 months of this fiscal year, the official U.S. budget deficit was $895,000,000,000, which means that we continue to steal more than 100 million dollars from future generations of Americans every single hour of every single day.

And it is important to remember that not all additions to the national debt are included in the official budget deficit. One year ago, our national debt was sitting at 20.1 trillion dollars, and that means that we have added an astounding 1.3 trillion dollars to the debt over the past 12 months.

This is complete and utter insanity, and it must stop now.

Let me try to put this into perspective. Not too long ago, Venezuela was once one of the wealthiest countries in South America. These days, many Americans like to laugh at them, but we are on the exact same path that Venezuela has gone down. Eventually, the day comes when there is not enough of someone else’s money to spend, and suffocating levels of debt make the option of printing giant mountains of money too tempting to resist. At that point it is just a matter of time before the currency is destroyed and society devolves into chaos.

Under the new baseline incorporating recent changes in law, the national debt reaches $99 trillion in 2048 — equivalent to 152 percent of GDP.

The federal budget deficit is expected to break through a trillion dollars in 2020 and never look back, reaching $2 trillion in 2032 and $6 trillion in 2048.

But like I said, we will never actually get there, because our society will collapse by then.

So we only have a limited amount of time to save America, and the clock is ticking.

At this point, the total amount of U.S. government debt held by the public has already surpassed all household debt…

Debt held by the public will top $127,000 per household by the end of the year, according to JPMorgan. Personal debt per household will average about $126,000.

“This is an astonishing statistic,” said David Kelly, chief global strategist at JPMorgan Funds. “Americans have a lot of debt. I always feel nervous signing a mortgage or a car loan. I think, can I afford all this debt? Then you realize the government is busy borrowing even more money on your behalf.”

I wish that I could get more people to understand just how serious this is.

Do you know what the inflation rate will be in Venezuela this year?

The IMF is projecting that it will be more than a million percent.

Chaos is everywhere, crime is out of control and people are starving, and yet we refuse to learn from what has happened to them.

We just keep spending and spending, and we think that we have found the key to prosperity.

But what we have really found is an accelerated path to economic hell.

And it isn’t just the U.S. that is in deep trouble. The entire globe has been on a massive debt binge, and it is only a matter of time before this gigantic debt bubble implodes. The following comes from an excellent piece by Larry Elliott…

The BIS says in its latest annual report that there are already material risks to financial stability. “In some respects, the risks mirror the unbalanced post-crisis recovery and its excessive reliance on monetary policy. Where financial vulnerabilities exist, they have been building up, in their usual gradual and persistent way. More generally, financial markets are overstretched … and we have seen a continuous rise in the global stock of debt, private plus public, in relation to GDP. This has extended a trend that goes back to well before the crisis and that has coincided with a long-term decline in interest rates.”

Behind the dry official language, the message is clear. A recovery that is based around high and rising levels of debt is really no recovery at all. The world economy is, in all material respects, the same as it was in the run-up to the 2008 crisis.The necessary reforms to a flawed model have not taken place, which is why the BIS warning should not be ignored.

On a personal level, have you ever gotten into debt trouble?

At first, it was a lot of fun enjoying all of the new things that all of that debt bought, but the pain afterwards greatly outweighed the initial temporary prosperity.

And it’s that $20 trillion, built up over the last two decades, that has basically distorted everything – falsified prices, repressed interest rates, caused an explosion of debt. Twenty years ago there was $40 trillion of debt in the world today there is $250 trillion worth of debt in the world. The leverage of the world has gone from 1.3 times which is stable…to 3.3 times, which basically means the world has created a huge temporary prosperity by burying itself in debt.

It would take an unprecedented effort to turn things around, but right now hardly anyone seems concerned about bringing all of this debt under control.

So we continue to roll on toward our date with financial disaster, and most people are completely oblivious to what is about to happen to us.