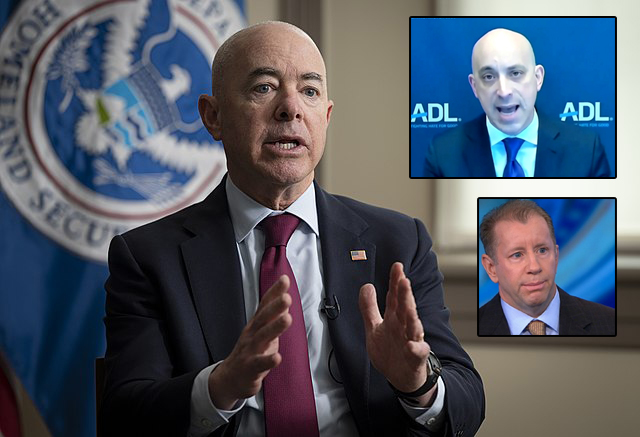 Homeland Security head Alejandro Mayorkas together with his underling John Cohen and the propagandists at the Anti-Defamation League went to CNN on Wednesday to drop a new blood libel smearing White Americans as “domestic violent extremists” in line with the Taliban who are poised to start committing terrorist attacks at any moment.

All the same tactics our globalist overlords used to smear all Muslims as terrorists in order to launch the War on Terror in the Middle East are now being used against the American people to launch a new domestic War on Terror here at home.

Despite hyping the phony threat of “white extremists” every day without pause, the ADL’s own inflated numbers showed 2020 had the lowest number of “domestic extremist-related killings” in over a decade. 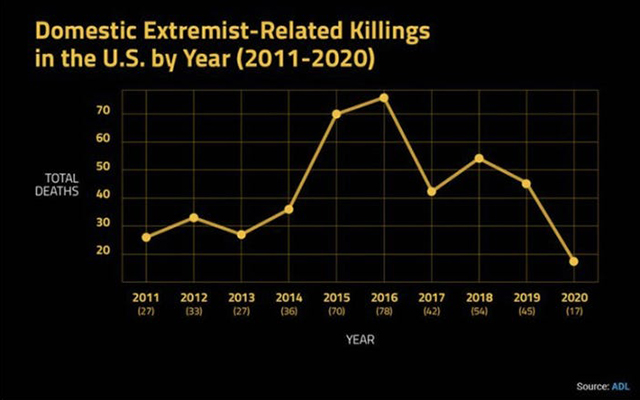 There’s so little “domestic terrorism” from “white extremists” that the FBI has had to manufacture fake terror plots and fund Satanic “neo-nazi terrorist” death cults in a desperate bid to create the false perception it’s America’s “greatest threat.”

It probably won’t be long before they deem it necessary to stage another 9/11 to justify stripping us of all our rights once and for all while they loot the nation and bleed us dry.

They’re clearly laying the groundwork as we speak.

From CNN, “White supremacist praise of the Taliban takeover concerns US officials”:

As the United States-backed government in Afghanistan fell to the Taliban and US troops raced to leave the country, White supremacist and anti-government extremists have expressed admiration for what the Taliban accomplished, a worrying development for US officials who have been grappling with the threat of domestic violent extremism.

That praise has also been coupled with a wave of anti-refugee sentiment from far-right groups, as the US and others rushed to evacuate tens of thousands of people from Afghanistan by the Biden administration’s August 31 deadline.

Several concerning trends have emerged in recent weeks on online platforms commonly used by anti-government, White supremacist and other domestic violent extremist groups, including “framing the activities of the Taliban as a success,” and a model for those who believe in the need for a civil war in the US, the head of the Department of Homeland Security’s Office of Intelligence and Analysis, John Cohen, said on a call Friday with local and state law enforcement, obtained by CNN.

Cohen said on the call that DHS has also analyzed discussions centering on “the great replacement concept” a conspiracy theory that immigrants, in this case the relocation of Afghans to the US, would lead to a loss of control and authority by White Americans.

“There are concerns that those narratives may incite violent activities directed at immigrant communities, certain faith communities, or even those who are relocated to the United States,” he added.

Far-right extremist communities have been invigorated by the events in Afghanistan, “whether by their desire to emulate the Taliban or increasingly violent rhetoric about ‘invasions’ by displaced Afghans,” according to recent analysis from SITE Intelligence Group, an American non-governmental organization that tracks online activity of White supremacist and jihadist organizations.

SITE is run by Rita Katz.

Some people are commending the Taliban’s takeover as “a lesson in love for the homeland, for freedom, and for religion,” SITE said in its weekly bulletin on far-right extremists.

Neo-Nazi and violent accelerationists — who hope to provoke what they see as an inevitable race war, which would lead to a Whites-only state — in North America and Europe are praising the Taliban for its anti-Semitism, homophobia, and severe restrictions on women’s freedom, SITE found.

For example, a quote taken from the Proud Boy to Fascist Pipeline Telegram channel, said: “These farmers and minimally trained men fought to take back their nation back from globohomo. They took back their government, installed their national religion as law, and executed dissenters … If white men in the west had the same courage as the Taliban, we would not be ruled by Jews currently,” SITE found.

“Globohomo” is a derogatory word used to insult “globalists,” the term used by conspiracy promoters to describe their enemy (the evil global elite who control the media, finance, political system etc), according to SITE.

For months, US officials have warned that domestic violent extremism is the greatest threat to the homeland, pointing to the January 6 attack at the US Capitol as a stark illustration of the potential for violence that can occur when conspiracy theories and false narratives flourish.

A significant part of the current threat environment comes from individuals who are influenced by what they see online, Cohen told CNN in an interview last month.

The only person killed on Jan 6 was unarmed 14-year Air Force veteran Ashli Babbitt, who was executed by Capitol Police officer Michael Byrd despite posing no threat.

DHS has been hyping the “white extremist” threat with new bulletins every few weeks and literally nothing has happened.

I assure you they’re really, really frustrated about it.

At this time, Anti-Defamation League’s Center on Extremism, is not seeing any observed credible threats, or mobilization of online extremist activity, but is concerned that the current online rhetoric highlights ideological concerns and possible threats to public safety, said Joanna Mendelson, associate director of the center.

Extremists often take current events and weave them into their own narrative and worldview, said Mendelson, which is what is taking place in the aftermath of the withdrawal from Afghanistan and amid the humanitarian and military crisis.

“They’re taking the same kind of core tropes and themes, and kind of bigoted views of the world, and injecting them into this current event,” Mendelson told CNN. 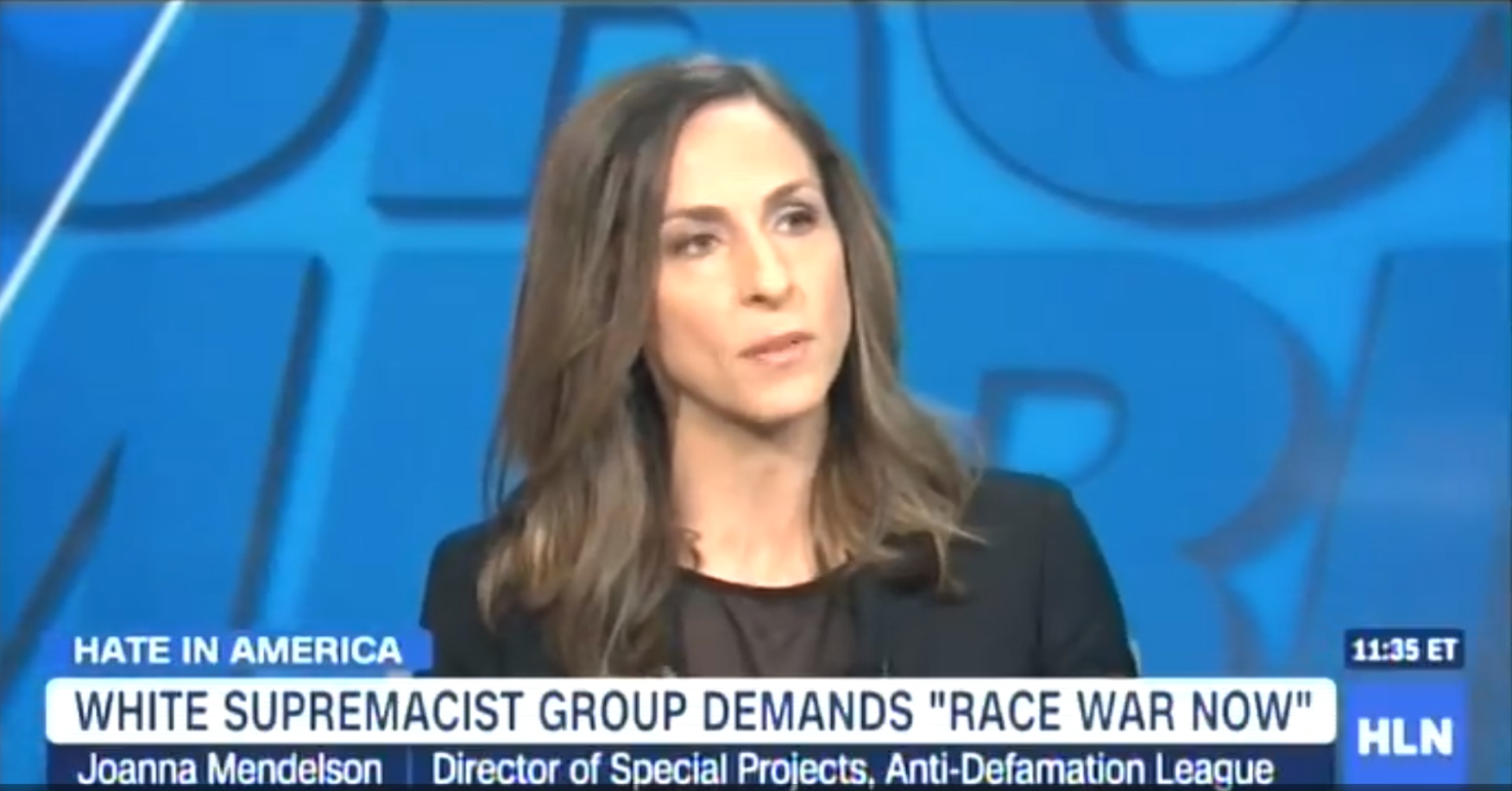 There has been a lot of Islamophobia and xenophobia echoed by White supremacists and anti-Muslim activists, claiming that public safety and national security is threatened because they see refugees through a stereotypical lens as being dangerous criminals or terrorists, according to Mendelson.

A core conspiracy guiding White supremacist ideology is the “the great replacement,” the belief that ultimately, the White race is facing its ultimate extinction, she said.

The ADL endorses “The Great Replacement” theory when it comes to Israel.

There is also “almost this infatuation and admiration” of the Taliban, Mendelson said, pointing to the notion that an under-equipped insurgent group could successfully defeat a global power.

“The fact that the Taliban at the end of the day could claim victory over such a world power is something that White supremacists are taking note of,” she said.

[…] However, the most common narrative is around the idea that the US is “importing the Taliban” through the relocation of Afghans and that Afghan refugees are too different to become real citizens, according to [Megan] Squire.

[…] In Europe and the US, there has also been an “outpouring” of anti-refugee commentary from White nationalists and Neo-Nazis responding to the Taliban’s takeover, SITE found.

Commentary on anonymous forums has been particularly violent, according to SITE, which found users discussing taking up arms, and in one case, threatening attacks on refugee assistance organizations in Florida.

The hateful rhetoric is similar to that seen amid Libyan and Syrian refugee waves in the 2010s, which paved the way for violent terrorist attacks in Christchurch and Pittsburgh, according to SITE.

Translation: if you oppose us flooding your country with endless immigrants you’re a terrorist.

Amid anti-immigrant sentiment, DHS officials have been bracing for whether Afghans themselves will be targeted once they land in the US and are resettled here, a DHS official previously told CNN.

“Will they be the potential target? Will Afghans themselves become targets?” the official said, noting the concern.

Think of the chutzpah you have to have to wage a 20-year war against the Afghan people and then act like you’re their protectors!

If you actually believe the crap you spew why are you relocating these migrants to “white supremacist” places like rural Wisconsin and West Virginia and ordering them not to relocate to the tolerant, cosmopolitan neighborhoods you live in in New York and California?

Might it be because you have ulterior motives and literally hate the people you rule over with a passion?