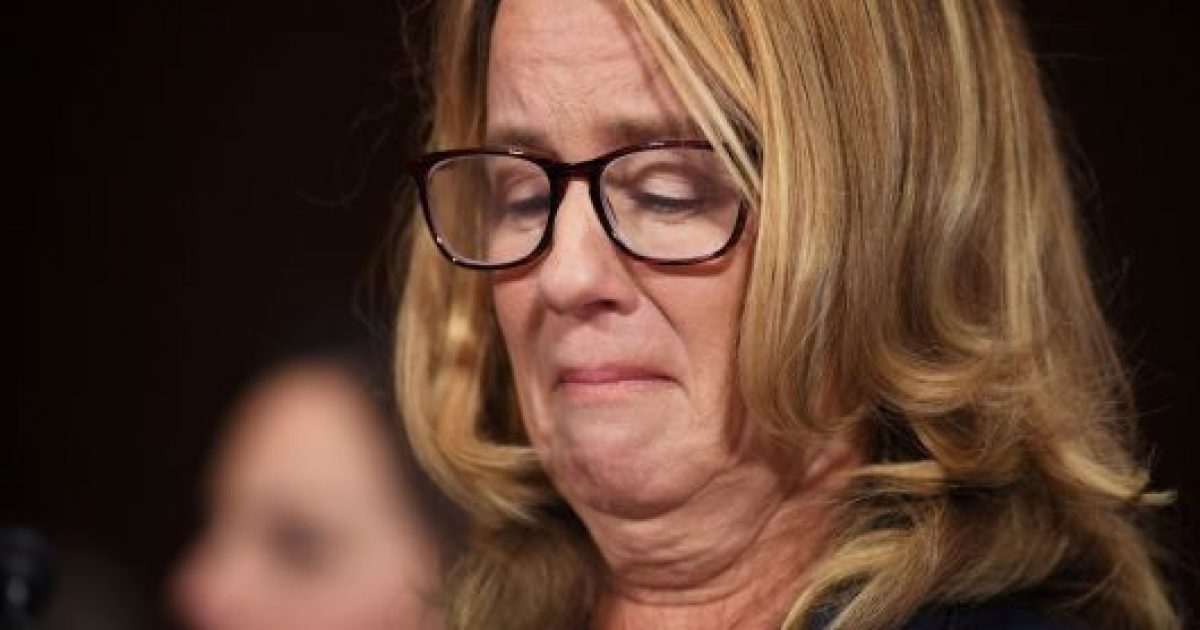 In this morning’s post, I discussed the possibility, being the political animal that Christine Blasey Ford appears to be, that once her friends heard she had known Brett Kavanaugh in high school, they convinced her to write a letter to her congresswoman and submit a “tip” to the Washington Post alleging that he had once sexually assaulted her at a party.

Then, I came across a very interesting post from The Conservative Tree House’s “Sundance,” who sees CBF’s friend, Monica L. McLean, as playing a major role in setting up this hoax.

Monica McLean was the friend whom, according to CBF’s ex-boyfriend, she had helped prep for an FBI pre-employment polygraph test. (CBF denied, under oath, that she had done so. She also denied having any previous knowledge of how polygraph tests work.)

Ms. McLean, a lawyer, was hired by the FBI where she remained for 24 years. During that time, according to public records, she worked in both the Los Angeles area and in New York City.

Sometime between 2000 and 2003, Ms. Monica L McLean transferred to the Southern District of New York (SDNY), FBI New York Field Office; where she shows up on various reports, including media reports, as a spokesperson for the FBI.

There was a family death in 2003, and Monica McLean then shows up with an address listed in Washington DC in 2003; so it would appear Ms. McLean spent about 10 years in California, and then returned to the east-coast.

“…according to Monica McLean, spokeswoman for the FBI’s New York office.” [2009 citation]

After 2003, Ms. Monica L McLean is working with the SDNY as a Public Information Officer for the FBI New York Field Office, side-by-side with SDNY Attorney General Preet Bharara:

According to her LinkedIn profile, Ms. McLean retired from the FBI in 2016, after 24 years of work. [*It should be noted that Ms. McLean’s PIO partner in New York, Jim Margolin, is still currently employed there; and coincidentally attached to the caseagainst President Trump’s former lawyer, Michael Cohen.]

During her testimony before the Senate Judiciary Committee last week, CBF stated that she had prepared her letter to Dianne Feinstein by herself in Rehoboth Beach, DE.

MITCHELL: The second is the letter that you wrote to Senator Feinstein, dated the — July 30th of this year.

MITCHELL: Did you write the letter yourself?

MITCHELL: And I — since it’s dated July 30th, did you write it on that date?

FORD: I believe so. I — it sounds right. I was in Rehoboth, Delaware, at the time. I could look into my calendar and try to figure that out. It seemed…

MITCHELL: Was it written on or about that date?

FORD: Yes, yes. I traveled, I think, the 26th of July to Rehoboth, Delaware. So that makes sense, because I wrote it from there.

MITCHELL: Is the letter accurate?

FORD: I’ll take a minute to read it.

Sure looks like CBF spent four days visiting her life-long friend and former roommate, Monica McLean. The same Monica McLean who, until 2016, had been an FBI special agent, and in that capacity, a former New York field office spokesperson, and DOJ/FBI Public Information Officer under Preet Bharara, who is no fan of President Trump.

Gee, I wonder if Ms. McLean was involved in this process?

That would certainly begin to explain quite a bit about who exactly was handling Ms. Ford; and how there would be an intentional effort, from a subject matter expert, on how to best position the attack against Brett Kavanaugh.

Who better to help scrub the internet history, and know what processes and people to enlist in such preparatory work, than a retired lawyer who worked deeply inside the FBI?

Not only did Ms. McLean possesses a particular set of skills to assist Ms. Ford, but Ms. McLean would also have a network of DOJ and FBI resources to assist in the endeavor. A former friendly FBI agent to do the polygraph; a network of politically motivated allies?

Does the appearance of FBI insider and Deputy FBI Director to Andrew McCabe, Michael Bromwich, begin to make more sense?

Do the loud and overwhelming requests by political allies for FBI intervention, take on a different meaning or make more sense, now?

Standing back and taking a look at the bigger, BIG PICTURE….. could it be that Mrs. McLean and her team of ideological compatriots within the DOJ and FBI, who have massive axes to grind against the current Trump administration, are behind this entire endeavor?

If so, and I think the likelihood is pretty good, doesn’t everything known just easily reconcile if you think of Ms. Blasey-Ford as a tool for those ideologues?

If Ms. Monica Lee McLean and her allies wanted to strike, she couldn’t be the visible face of the confrontation because she was retired FBI. It would be too obvious. She would need a patsy; a friend who could deploy the hit on her/their behalf. It would need to be someone she could shape, easily manage and guide etc. Someone who could be trusted, and at the same time would be trusting of them.

It is quite likely Ms. McLean selected/recruited her life-long best friend, Ms. Blasey-Ford.

It’s a very plausible theory and one that actually explains a lot of the peculiarities in the case. It explains why none of the four named witnesses have any recollection of the evening. Because CBF makes no definitive statements about time, place, how she got there and home, the incident is impossible to prove or disprove.

It explains why none of her friends were ever told and why her mother somehow never guessed that something was very wrong with her 15-year-old daughter if CBF was truly as traumatized as she claims. Most mothers would be able to sense that.

Actually, it makes a lot of sense. But the problems with a plan like this are the unanticipated reactions of old boyfriends, friends, documents such as therapy notes, building permits and travel history.

It’s not too much of a stretch to believe that the same folks who framed the fairly elected President of the United States for colluding with the Russian government to win a presidential election, would be capable of a hoax like this.