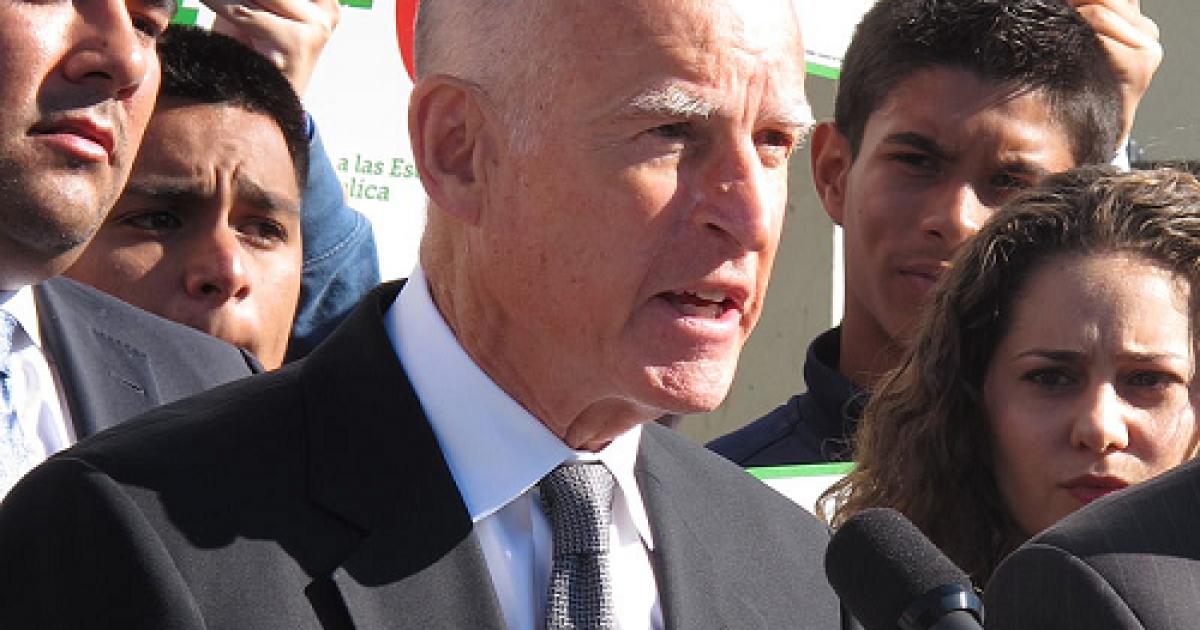 Earlier this month, while at his climate change summit, Governor Jerry Brown of California issued a coded message, which could be understood as a calling for the assassination of President Donald Trump.

In speaking to Andrea Mitchell of MSNBC at his climate change summit, Brown constantly attacked the president, calling him a saboteur, enabler of climate negligence, and finally getting triggered and saying, “Something’s got to happen to this guy, because if we don’t get rid of him, he’s going to undermine America and even the world.”

Brown’s statement, ‘something’s got to happen to this guy,’ is clearly not a threat, but a message to all on the Left that it is time for President Trump to be assassinated. In stating so, Brown hoped to either give the green light to radical organizations like ANTIFA and BLM to finally kill the president, or to Leftist Democrats and Republicans in office to arrange his assassination via some paid hit.

Either way, Brown was assuredly calling for the death of President Trump as the only way to save the current Leftist coup trying to regain power in Washington and restore the Socialist government that had taken hold decades ago and came to fruition during the Obama years.

We have already had threats to kill President Trump from various individuals, groups like ANTIFA, and from many Hollywood celebrities, many of which were taken seriously by the Secret Service and were investigated.

However, in the case of Governor Brown’s subliminal call for assassinating President Trump, we have an actual coded message from a presiding governor of a state giving the green light for the murder of a sitting president.

Those in office on the Left, the media, and those who support the Socialist agenda can chose to sugarcoat Brown’s statement as really meaning impeachment, etc, but the fact remains, he did issue a call to radicals, supporters, and his comrades in office for the assassination of President Trump.

Freedom of speech is one thing, but a call to kill is an entirely different matter.

The president needs to have Jerry Brown immediately removed from office and arrested for plotting and calling for his assassination. Brown’s statement, “Something’s got to happen to this guy” is a coded message meaning it is time to murder our sitting president in order to save the socialist agenda before it is too late.