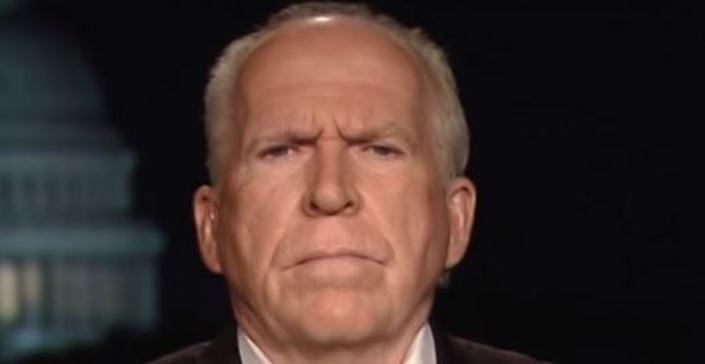 Henry told Fox host Tucker Carlson that Brennan “also had intel saying, actually, Russia wanted Hillary Clinton to win because she was a known quantity, she had been secretary of state, and Vladimir Putin’s team thought she was more malleable, while candidate Donald Trump was unpredictable.”

House Intelligence Committee members, according to Fleitz, told him that Brennan “suppressed facts or analysis that showed why it was not in Russia’s interests to support Trump and why Putin stood to benefit from Hillary Clinton’s election.”

“They also told me that Brennan suppressed that intelligence over the objections of CIA analysts,” he added.

Henry acknowledged that there is some skepticism surrounding the reports.

“There are a lot of critics out there saying this is hype, there’s nothing here,” he told Carlson before adding there are also “people on the inside” that say “there’s a whole lot more coming.”

“This could be a bombshell,” he concluded.

Thank you @edhenry for confirming my Fox News op-ed on @TuckerCarlson tonight that there is a @HouseIntelComm report that @JohnBrennan suppressed intel that Putin wanted Hillary Clinton to win the 2016 election. @RichardGrenell may release this report. https://t.co/vGqNQ0FIiv

The U.S. Senate Select Committee on Intelligence issued a report, released last month, which “presents a coherent and well-constructed intelligence basis for the case of unprecedented Russian interference in the 2016 U.S. presidential election.”

“Donald Trump continues to call all these things hoaxes. They’re not,” Brennan told Politico following the release of that report. “The only hoax is his representation of the facts. That’s the hoax.”

Trump critics in Washington have often noted that ’17 intelligence agencies’ concluded that Russia had interfered in the election to help the President defeat Clinton.

Henry said his reporting, backed by a separate intelligence source who confirmed the information, however, “could get sticky” for Brennan.

This article originally appeared at The Mental Recession and was republished with permission.