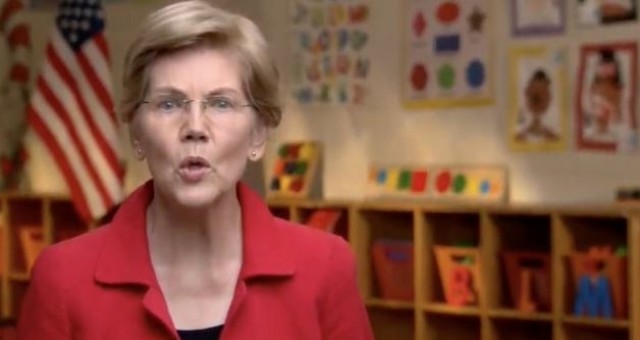 Sen. Elizabeth Warren, D-Mass., appeared in a virtual speech during the third night of the Democratic National Convention to discuss the struggles of childcare in America, especially amid the coronavirus crisis, Fox News reports.

“Childcare was already hard to find before the pandemic. And now, parents are stuck — no idea when schools can safely reopen and even fewer childcare options,” Warren said from a childcare center in Massachusetts, before drawing on her own experiences of juggling childcare while working.
People who actually watched the the DNC and Warren babble on, started notice that in the background, in what appears to be a pre-school setting or kindergarten setting, that something was very clear and the message was simple, the DNC and Warren support Black Lives Matter and all the riots and looting along with the extreme violence on innocent Americans. 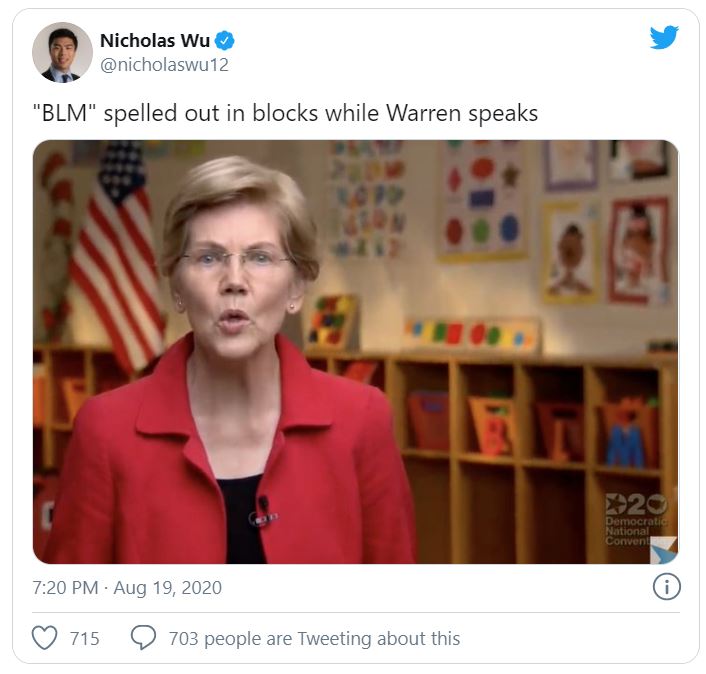 Fox News went on to say, Warren’s speech came just before Kamala Harris officially accepted the Democratic nomination for vice president on Wednesday night, becoming the first female Black and South Asian American to run on a major party ticket.
It does not get any clearer than that. The DNC used the national televised event to show 100% support for the hate and violence that Black Lives Matter’s is spreading across our nation.
Chris “Badger” Thomas is a Veteran who served our country as an Army Combat Medic.
Scroll down to leave a comment!