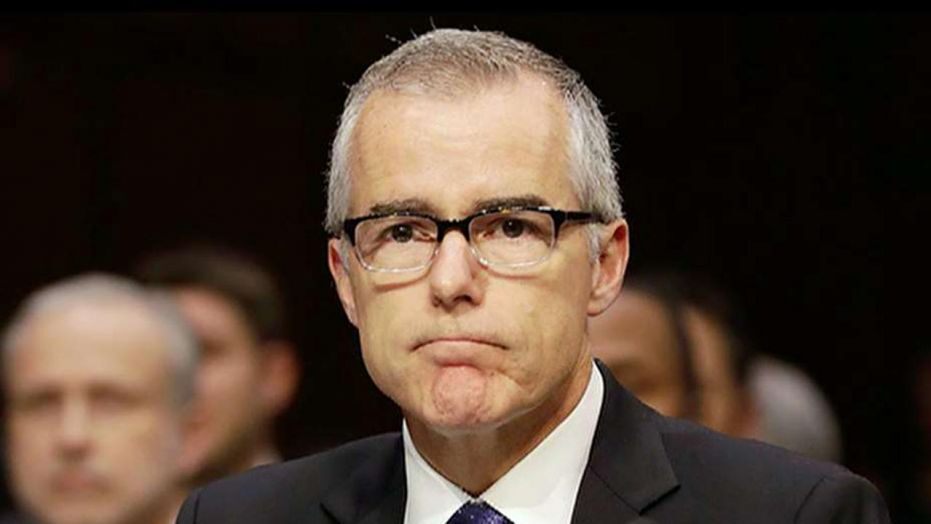 Editor’s note: What do you expect when you don’t bring justice against criminals like McCabe? Or Comey? Or Obama? Or Holder? Or Hillary? Just sayin’.

Lest we forget Andrew McCabe was a key figure in the Democrat plot to usurp a US election.

McCabe was famously fired by the FBI on March 16, 2018, after a Justice Department inspector general report found he had repeatedly misstated his involvement in a leak to The Wall Street Journal regarding an FBI investigation into the Clinton Foundation. The watchdog office referred the matter to the U.S. Attorney’s Office in Washington, which has been investigating.

Joe Concha told Fox News that “McCabe was fired by the FBI for lying at least four times, including three times under oath” and lacks the trustworthiness needed to be taken seriously as a cable news pundit.

“His credibility is non-existent,” Concha said. “He told AndersonCooper earlier this year he believed it was possible President Donald Trump is a Russian asset, an outrageous claim for someone of his former stature to make on national television just to promote a book.

“If applying the Michael Flynn jail sentence [standard]regarding lying to the FBI, McCabe shouldn’t be going to CNN, he should be going to jail,” Concha added. “This is truly a disservice to CNN viewers, which will only further plunge the network’s credibility into a black hole.”

Conservative strategist Chris Barron mocked CNN for “ranting” about former Trump administration staffers landing media jobs and then hiring McCabe “who was fired for lying” himself.

“Honestly, you can’t make this stuff up,” Barron told Fox News. “At this point, CNN would be willing to hire Baghdad Bob if he promised to criticize Trump. It’s sad to see the once-respected outlet reduced to this.”

It raises the question: How should former FBI officials who misled the public be treated when they seek positions of fame and privilege? https://t.co/iECqz7YGmV

(CNBC) FORMER FBI DEPUTY DIRECTOR ANDREW MCCABE, WHO BECAME ONE OF PRESIDENT DONALD TRUMP’S TOP ENEMIES WITHIN HIS OWN ADMINISTRATION, IS JOINING CNN AS A CONTRIBUTOR, A NETWORK SPOKESPERSON SAID. HIS FIRST DAY IS FRIDAY.

McCabe spent two decades in the FBI before he was fired in March 2018 by then-Attorney General Jeff Sessions just more than 24 hours before his planned retirement.

The CNN gig comes as McCabe is fighting that termination in court. Earlier this month, McCabe filed a lawsuit in U.S. District Court alleging that his removal was part of a scheme by the president to remove government employees “because they were not politically loyal to him.”

Andrew McCabe, one of the central figures of the “Russia collusion” hoax, who was fired from the FBI for lying about his leaks to the media, has been hired by CNN, one of the media outlets that did the most to perpetuate the damaging hoax. pic.twitter.com/lvfPRCk4tb

**BREAKING** CNN kills the remainder of its credibility (what little it had left) by hiring Andrew McCabe, former acting director of the FBI WHO WAS FIRED FOR LEAKING STORIES TO THE MEDIA TO BENEFIT HIMSELF AND LYING UNDER OATH.

I can’t believe this is real.