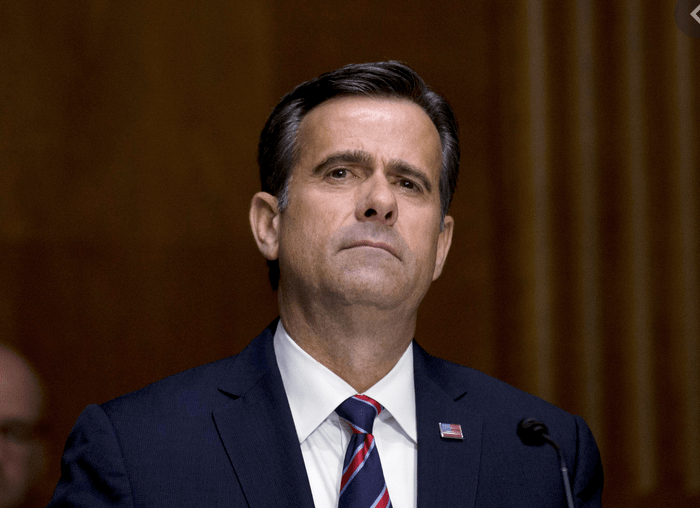 We will never stop fighting for election integrity and the rightful President.

BREAKING: DNI Ratcliffe Releases Report Showing China Interfered With The 2020 Election And CIA Management Pressured Analysts Not To Report It

China interfered with the 2020 election based on a report by DNI Ratcliff.

Director of National Intelligence (DNI) John Ratcliffe assessed that China interfered in the 2020 federal elections, according to a letter transmitted to Congress.

In the letter (pdf), Ratcliffe alleges that intelligence about China’s election interference was suppressed by management at the CIA, which pressured analysts to withdraw their support for the view.

Citing a report by the Intelligence Community Analytic Ombudsman Barry Zulauf, the director of national intelligence said some analysts were reluctant to describe China’s actions as election interference because they disagreed with the policies of President Donald Trump.

The Washington Examiner published Ratcliffe’s letter and the ombudsman report on Jan. 17, ten days after publishing an original report on the documents. The ODNI did not respond to requests from The Epoch Times to authenticate the documents.

“Based on all available sources of intelligence, with definitions consistently applied, and reached independent of political considerations or undue pressure—that the People’s Republic of China sought to influence the 2020 U.S. federal elections,” Ratcliffe wrote…

…Neither the ombudsman report nor the letter from Ratcliffe includes details on China’s meddling.

Ratcliff’s report is embedded below:

DNI Ratcliff has more information on China’s interference in the 2020 election. Let’s hope this is all addressed before senile Joe Biden is sworn in as President. The way Biden’s moving around lately, he likely doesn’t even know where China is.