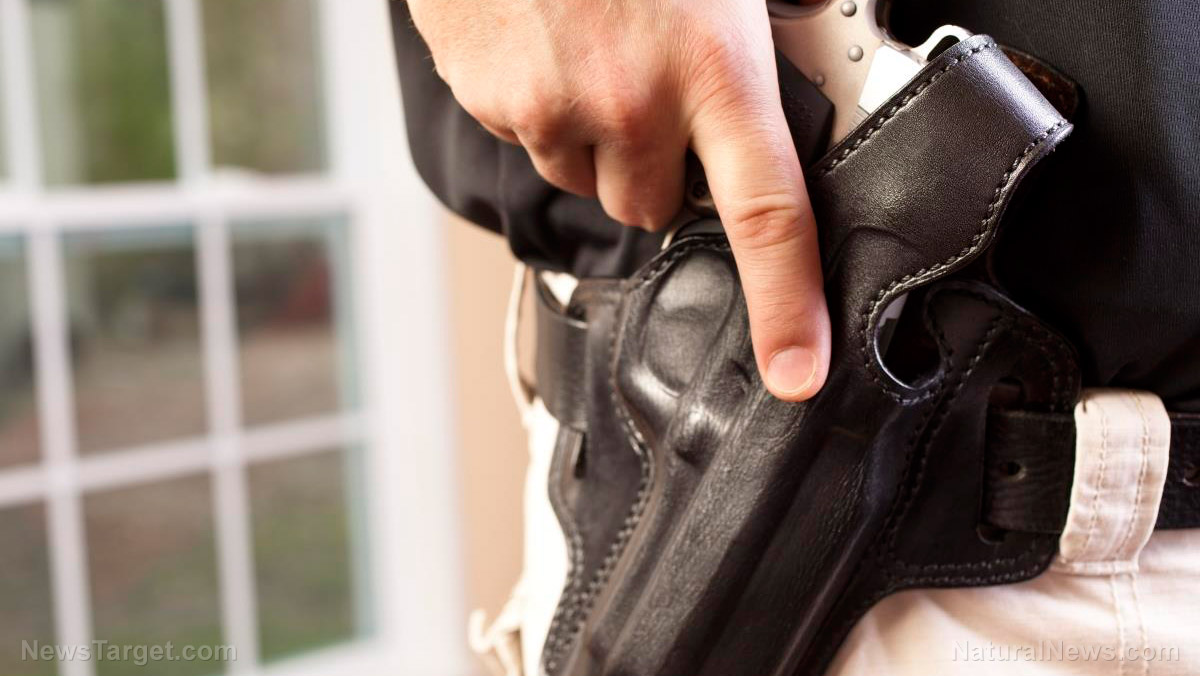 (Natural News) A Pennsylvania doctor with no criminal record was denied his right to own a firearm only because he possesses a legal medical cannabis card. Unable to properly defend himself, the 33-year-old doctor has filed a lawsuit against the FBI and the Bureau of Alcohol, Tobacco, Firearms, and Explosives (ATF). The case will impact millions of medical marijuana users and gun owners across the United States.

Dr. Matthew Roman’s story began one afternoon in April of 2018. He and a friend were headed to a Philadelphia gun store named Firing Lane to shop for a pistol for home defense purposes. Dr. Roman was interested in a Smith and Wesson 638 – a .38 special, double action revolver. When he went to purchase the small six-shooter, the gun shop clerk asked Roman to answer a few questions to comply with the ATF’s 4473 form. On line 11e of the form, the buyer is asked whether he or she possesses a medical cannabis card.

After confirming he has no criminal history or history of violence, Dr. Roman answered truthfully about his medical prescription for cannabis, which is legal in the commonwealth of Pennsylvania. The gun store clerk told Dr. Roman that he couldn’t purchase the firearm because of his legal marijuana use.

By November, Dr. Roman sued the FBI and ATF. He claims that the government agencies are denying individuals the right to lawfully purchase firearms without providing any due process. Dr. Roman argues that “this strict, rigid, blanket prohibition violates the fundamental constitutional rights of tens of thousands of non-violent, law-abiding citizens, and thus violates the Second and Fifth Amendments of the Constitution.”

There is no substantial evidence linking medical cannabis use to violence, yet marijuana users are continually denied the fundamental right to own a firearm and protect themselves. Ironically, individuals can purchase a firearm and still abuse alcohol. Worse yet, individuals can take prescription drugs that have violent side effects and still enjoy legal access to firearms.

Now that states are legalizing medical cannabis, individuals who want to purchase a firearm are forced into self incrimination on the ATF’s 4473 form. This violates the fifth amendment of the U.S. Constitution. Republican Congressman Thomas Massie has vowed to introduce legislation in 2019 that would remove the question from the ATF form and restore legal cannabis users’ right to own a firearm.

Still, Dr. Roman faces an uphill battle. In 2016, a woman filed suit after she was barred from purchasing a firearm because she possessed a medical marijuana license in the state of Nevada. The Ninth U.S. Circuit Court of Appeals ultimately backed the ATF’s policy which asserts,“[T]here are no exceptions in federal law for marijuana purportedly used for medicinal purposes, even if such use is sanctioned by state law.” Because of the flawed and outdated 1968 Gun Control Act, cannabis is still a schedule one, federally prohibited substance, and the ATF asserts that no one is allowed to own a firearm if they use the “drug”, legally or illegally.

The violence that is associated with marijuana is derived from the federal government’s war on marijuana, which caused the rise of drug cartel power and the ensuring crime needed to maintain that power. By legalizing cannabis, the power is taken from the cartels. Cannabis legalization has proven to reduce violence, and the plant’s medical applications are promising.

Dr. Roman’s battle with the FBI and ATF could fundamentally challenge longstanding laws, as he seeks to restore his privilege to receive medical cannabis and own a firearm.