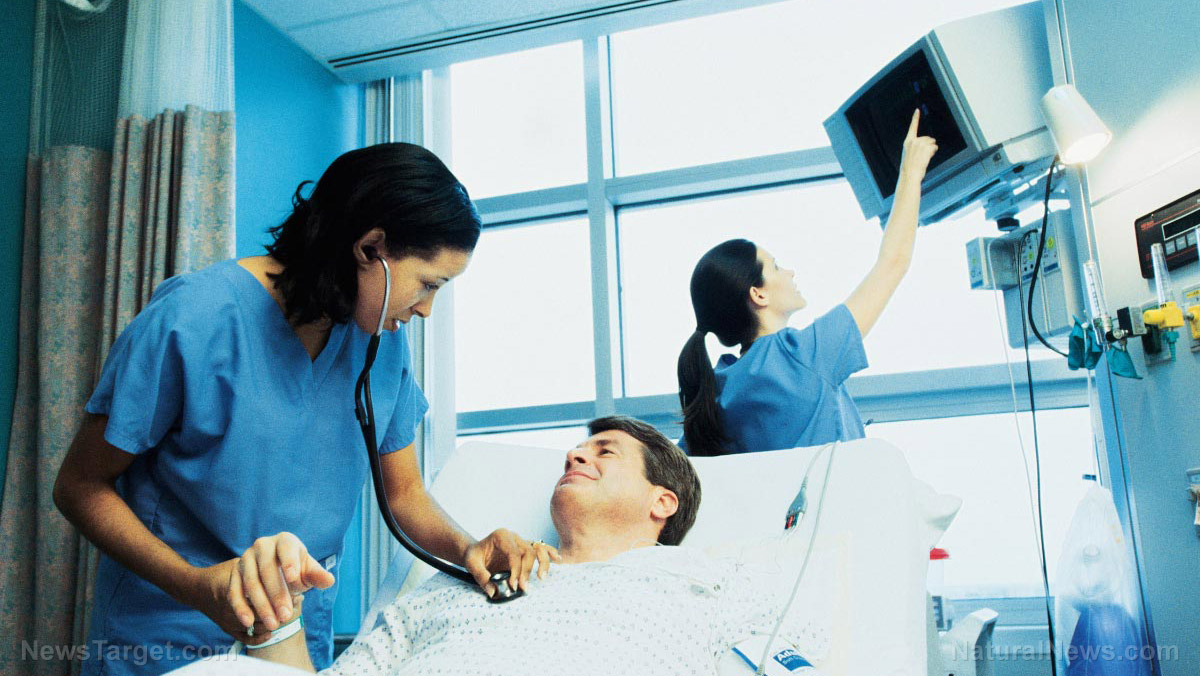 (Natural News) In the early days of the COVID-19 pandemic, many doctors found success treating patients with hydroxychloroquine, or HCQ. The anti-malaria drug was considered one of the most promising treatments at a time when little was known about the disease but quickly fell out of favor thanks to a concerted effort driven by money and politics to silence those who spoke about the simple and affordable treatment.

Dr. Vladimir Zelenko, a physician practicing in Monroe, New York, was the center of attention in March 2020 after telling Sean Hannity about his nearly 100 percent success rate in treating patients with HCQ along with zinc and the antibiotic azithromycin.

While trying to find a way to help patients, he arrived on HCQ because of its ability to help zinc get into cells. He says to think of HCQ as the gun that shoots zinc into the cell, with zinc being the silver bullet that kills the virus by stopping the enzyme responsible for viral replication within the cell. He included azithromycin in his protocol because of its ability to prevent the secondary bacterial infections commonly seen in COVID-19, such as bacterial pneumonia.

Unfortunately, the cheap treatment does not result in the kind of profits that vaccines do, and Dr. Zelenko was quickly labeled a “quack.” Health officials called his claims unsubstantiated, and he was eventually removed from Twitter.

A “psychological operation” was carried out that scared people away from HCQ, and the fact that President Trump was a supporter of the treatment at the time certainly played a role in the media’s efforts to discredit the treatment and those espousing it.

“There were plenty of people willing to use every possible way to vilify the president and to discredit anything that might give him a win,” Zelenko said.

In a highly unusual move, doctors who used HCQ were threatened with losing their medical license, despite the drug having a long history of safety for use in conditions such as rheumatoid arthritis and lupus.

Despite all this, Dr. Zelenko has been consistent in his belief in the protocol, and he has the results to prove it. So far, he has treated more than 3,000 patients with symptoms of the virus. Just a third have needed his triple drug regimen; the rest were considered lower risk and did not need it. All told, only 15 of his patients ended up needing hospitalization. Although four were intubated, they were later extubated and have recovered. The other 11 were admitted to the hospital for intravenous antibiotics. Just three of his high-risk patients ended up dying from the virus, putting the mortality rate of his treatment at a very low 0.3 percent.

He points out that the numbers are even more impressive when you consider the fact that he didn’t give the treatment to patients with low risk who he felt would survive anyway, something that would have certainly made the mortality rate even lower.

It’s clear why Big Pharma would rather see people take new drugs like Remdesivir that cost more than $3,000 per treatment, which also requires hospitalization – let’s not forget that many hospitals get paid more for COVID-19 patients – than Dr. Zelenko’s early outpatient treatment, which costs around $20. And treatment isn’t really their focus anyway – convincing the whole world to get vaccines and multiple boosters indefinitely is a far better business model than just relying on the profits of those who actually get sick with the disease.

“What’s happened over the last 20 years is that the academic elite and pharmaceutical industry have bred a monopoly on medical truth,” he said.

“They feel only data generated through randomized control trials, pharmaceutical sponsored trials, or those that are coming out of major academic institutions are to be viewed as truth. Anything coming from a frontline country doctor must be anecdotal.”

In the meantime, Ivermectin has also shown incredible promise when it comes to not only treating the virus but also preventing it. But much like HCQ, Big Pharma and the mainstream media it sponsors are doing their best to make sure people don’t hear about it – and mock and discredit those who dare to try to spread the word about these potentially life-saving solutions.