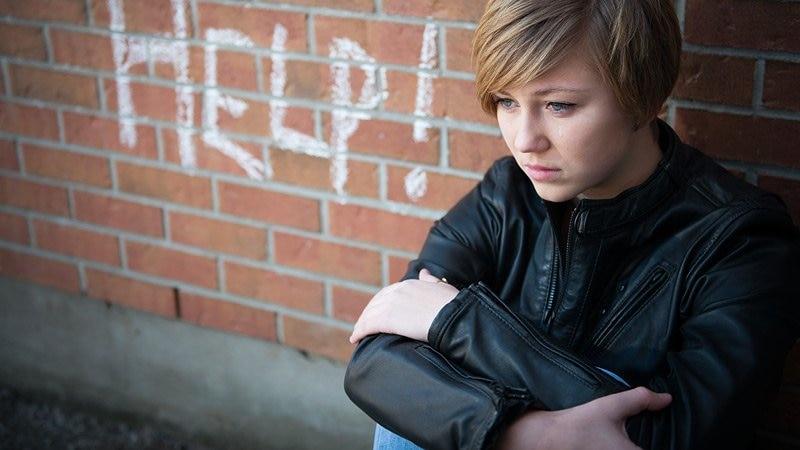 President Reagan was the one who stated that the most terrifying words that could be heard on this is earth are, “I’m here from the government and I’m here to help.” Nearly everything the government attempts to do for a solution to a problem that it perceives, whether an actual problem or merely political theater, they only end up making the problem worse with their alleged solution. The same has been true throughout the CONvid-1984 scamdemic/plandemic of 2020-2021, and it looks like the children are the ones who have been impacted the most.

The damage we’re inflicting on children is too devastating to be waved away in the name of public health—it’s quickly becoming an emergency in its own right.

Billions of people across the globe continue to live under COVID-19 lockdowns or heavily-restricted life. And for almost all of us, life amid the pandemic in 2020 was an isolating and difficult year. Yet doctors are warning that children in particular are experiencing grave mental health consequences as a result of the lockdowns—leading to an “international epidemic” of child suicide.

The Associated Press interviewed Dr. David Greenhorn on the subject, who works in the emergency department at England’s Bradford Royal Infirmary. The number of mental health crises he has seen, such as suicide attempts, has gone from a couple per week pre-pandemic to now several per day.

“This is an international epidemic, and we are not recognizing it,” Greenhorn said. “In an 8-year-old’s life, a year is a really, really, really long time. They are fed up. They can’t see an end to it.”

Dr. Richard Delorme heads the psychiatric department at one of the largest children’s hospitals in France, and he offered a similar warning to the AP.

Delorme pointed out that it is clearly COVID restrictions and lockdowns taking this toll on children that end up in his hospital: “What they tell you about is a chaotic world, of ‘Yes, I’m not doing my activities any more,’ ‘I’m no longer doing my music,’ ‘Going to school is hard in the mornings,’ ‘I am having difficulty waking up,’ ‘I am fed up with the mask.’”

Delorme’s hospital went from seeing roughly 20 suicide attempts per month involving patients 15 or younger, the AP reports, to more than double that—and, disturbingly, more determination than ever before in the attempts.

“We are very surprised by the intensity of the desire to die among children who may be 12 or 13 years old,” Delorme said. “We sometimes have children of 9 who already want to die. And it’s not simply a provocation or a blackmail via suicide. It is a genuine wish to end their lives.”

This is one of the most painful paragraphs I’ve ever read, let alone had to write about. Merely typing out this story flooded my eyes with tears. But the life-threatening unintended consequences of drastic pandemic measures are too important to overlook.

Government restrictions that would’ve been unthinkable two years ago have been forced through amid the fear and uncertainty that the pandemic’s outbreak understandably wrought. Advocates undoubtedly hoped to save lives. Yet government restrictions have proven dubious in their effectiveness, with both studies and real-world examples demonstrating little clear relationship between lockdown stringency and COVID deaths.

In the meantime, lockdowns and other restrictions have harshly curtailed social interaction and, tragically, catalyzing the aforementioned youth mental health crisis. Here in the US, the Centers for Disease Control reported that 25 percent of young adults considered suicide during the lockdowns, while overall mental health and suicide rates appear to have spiked as well.

The child suicide is only the latest mortifying revelation showing just how big a toll these policies have taken on us. We must factor this human damage into our analysis when it comes to ending pandemic restrictions; not just COVID case counts.

Like any policy, public health orders must be evaluated on their outcomes. As Nobel-prize-winning economist Milton Friedman said, “One of the great mistakes is to judge policies and programs by their intentions rather than their results.” Pandemic lockdowns may have stemmed from an earnest desire to protect the public; but their consequences have done the opposite.

Why? Well, any government action, particularly sweeping mandates, has not just its intended effect, but its second- and third-order unintended consequences.

“Every human action has both intended and unintended consequences,” economist Antony Davies and political scientist James Harrigan explained for FEE.org. “Human beings react to every rule, regulation, and order governments impose, and their reactions result in outcomes that can be quite different than the outcomes lawmakers intended.”

When it comes to lockdowns, we’ve extensively documented the unintended consequences at FEE,

including isolation, depression, suicidality, unemployment, drug abuse, domestic violence, and more. Such severe second-order effects offer a painful reminder of why policymakers should be humble in the scope of their actions. Sweeping lockdowns are anything but humble: They presume that bureaucrats in an office somewhere can save society with top-down orders and nothing will go wrong.

Governments the world over must consider more than mere COVID case counts when evaluating current and future lockdown policies. The damage we’re inflicting on children is too devastating to be waved away in the name of public health—it’s an emergency in its own right.

If you or someone you know needs help, call the National Suicide Prevention Lifeline at 800-273-TALK (8255). You can also text a crisis counselor by messaging the Crisis Text Line at 741741.

In the end, in the US it is We the People who have allowed these tyrannical dictates over our liberties, and because we have failed to have courage and largely submitted to fear, we have allowed the tyrants to put us in a predicament. Only 14 days to flatten the curve the tyrants assured us as they planned to advance their agenda. Now, over a year later they are promising to give us our liberties if we’ll just take their experimental operating system DNA altering mRNA injection. No, thanks. I’ve been exercising my liberties apart from the government, whose job is to protect liberty not infringe on it. I will not comply for my sake, my wife’s sake and the sake of my children.

im Brown is an author and Editor at FreedomOutpost.com, SonsOfLibertyMedia.com, GunsInTheNews.com and TheWashingtonStandard.com. He is husband to his “more precious than rubies” wife, father of 10 “mighty arrows”, jack of all trades, Christian and lover of liberty. He resides in the U.S. occupied Great State of South Carolina. . Follow Tim on Twitter. Also check him out on Gab, Minds, MeWe, Spreely, Mumbl It and Steemit
(Visited 12 times, 1 visits today)
Share
Tweet
Share
Pin