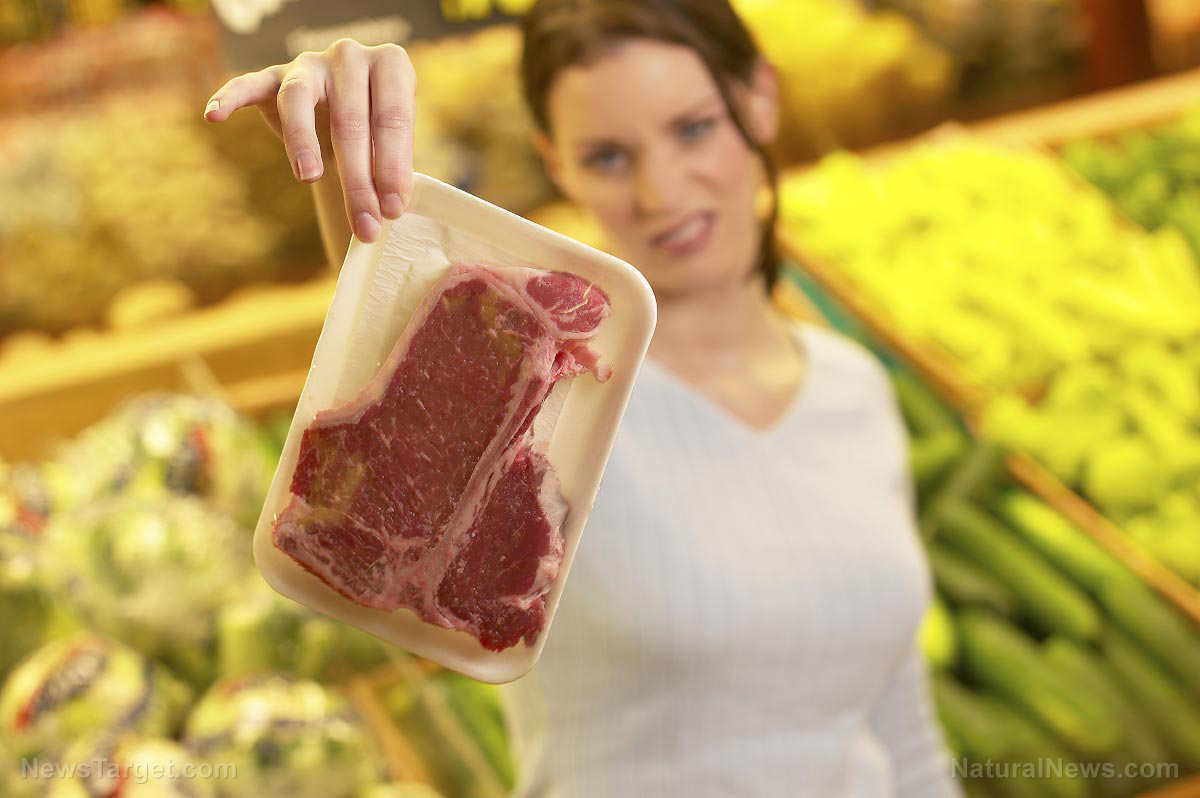 (Natural News) Documents published Sept. 14 revealed that the Department of Agriculture (USDA) and the meatpacking industry worked together to brush off coronavirus risks on workers. Non-government groups Public Citizen and American Oversight managed to obtain these through Freedom of Information Act (FOIA) requests.

The documents obtained by both groups revealed that a leading lobby group for the meat industry drafted a proposal for an executive order to keep meatpacking plants open – similar to what President Donald Trump issued in April. Julie Anna Potts, the president of the North American Meat Institute, invoked the Defense Production Act from the Korean War era that ordered that “critical infrastructure food companies continue their operations to the fullest extent possible.”

In addition, the documents unveiled repeated requests from the institute addressed to the USDA. The aforementioned requests included asking Agriculture Secretary Sonny Perdue to discourage employees afraid of returning to work from staying home; asking USDA to intervene on multiple occasions when state and local governments threatened action over health and safety standards for workers and workplaces as well as asking USDA to “order” the reopening of Smithfield Foods’ processing plant in Sioux Falls, South Dakota – despite the agency not being legally authorized to do so.

Adam Pulver, attorney for Public Citizen, described the collusion illustrated in the documents as “astounding.” He also lambasted the USDA for adapting a “cavalier attitude” toward worker health and safety during the initial months of the coronavirus pandemic and for impeding state and local government efforts to address the spread of the virus. Attorney Pulver accused USDA officials of having “the blood of meatpacking workers” on their hands.

Based on a July report from the Centers for Disease Control and Prevention (CDC), 23 states reported COVID-19 outbreaks in meat and poultry processing facilities. Two hundred thirty-nine facilities in these states recorded a total of 16,233 cases and 86 fatalities. Factoring in race or ethnicity, 87 percent of COVID-19 cases occurred among minorities.

The meatpacking industry is putting profit over people despite the pandemic

American Oversight executive director Austin Evers said: “During a global pandemic, Americans should be able to trust that public health experts are drafting public health standards, not big businesses looking out for their bottom lines.” He similarly dubbed the collusion between the meatpacking industry and the USDA as “corruption that came at the cost of lives and safety.”

The poultry industry has been besieged by accusations of employee mistreatment during the pandemic. Prior to this, a class-action suit against the industry was filed in early September over alleged collusion among poultry producers to keep wages low for a workforce largely consisting of immigrants.

During a May interview with The Guardian, Tyson Foods plant employee Tara Williams described the experience working for the company’s facility in Camilla, Georgia as akin to being “treated like modern-day slaves.” She added that when another Tyson Foods employee succumbed to COVID-19, it appeared that the company was “keeping a secret” instead of acknowledging the death and acting accordingly. (Related: Almost 900 workers test positive for coronavirus at Tyson’s meatpacking plant in Indiana.)

Meanwhile, the Occupational Safety and Health Administration (OSHA) slapped Smithfield Foods with a measly $13,494 fine for failure to take adequate steps to contain the virus in the Sioux Falls plant. Smithfield’s inaction led to more than 1,200 plant employees being infected with the coronavirus and four employees dying between March and June 2020.

Marc Perrone, president of the United Food and Commercial Workers International Union (UFCW), slammed the fine as “insulting.” He stated that the fine was “a slap on the wrist for Smithfield, and a slap in the face of the thousands of American meatpacking workers.” Smithfield Foods workers are represented by UFCW.

Learn how the coronavirus pandemic is affecting America’s food supply at FoodSupply.news.