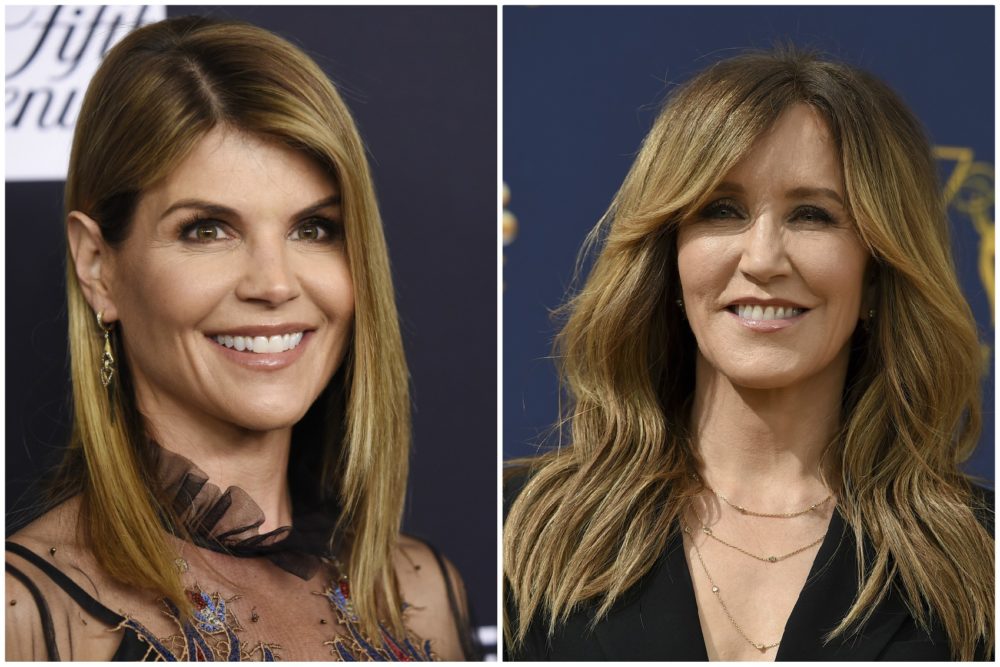 The Department of Justice announced on Tuesday that 50 people were indicted in a scheme that involved paying bribes to top universities to have their children admitted to the schools. Among those charged are two television actresses: Lori Loughlin of Full House fame and When Calls The Heart, and Felicity Huffman, wife of actor William Macy and actress in the TV series Desperate Housewives.

Among the schools named were Georgetown, Stanford, Wake Forest University, UCLA and Yale. The students gained entrance to the schools as athletes regardless of athletic ability or by having their college entrance exam test scores inflated.

“There can be no separate college admission system for the wealthy and there will not be a separate criminal justice system either,” said Massachusetts US Attorney Andrew Lelling at a press conference. “We’re not talking about donating a building so a school is more likely to take your son or daughter, we’re talking about deception or fraud, fake test scores … bribed college officials.”

“Some simply never showed up for the athletics, some showed up with an injury and I think some played briefly and then quit,” he said.

At least 33 parents have been charged and it is possible that there are more charges that may be forthcoming.

Authorities say the operation, dubbed Varsity Blues, uncovered 33 parents described by US Attorney Andrew Lelling as a “catalog of wealth and privilege” who collectively paid $25 million to a college admissions counselor named William Singer, who pleaded guilty and agreed to cooperate in an investigation into what Lelling called the “widening corruption of elite college admissions.”

In exchange for the money, Singer allegedly bribed college officials, coaches and college entrance exam administrators, who then helped students secure admissions “not on their merits but through fraud,” Lelling said.

Singer pleaded guilty in Boston to racketeering conspiracy and obstruction of justice.

Officials say 13 people were arrested by the FBI in Los Angeles and that 38 of the 50 defendants charged are under arrest and in custody. Seven are working towards surrender, while one in Hawaii is actively being pursued. Huffman was arrested at her home, while Loughlin is in Canada and is not yet in custody. Authorities have been in contact with her, and she is reportedly aware there is a warrant for her arrest upon her return to the U.S.

In some cases, authorities say Singer arranged for a student to take the SAT individually with a proctor he had bribed in Texas or California. In other cases, Singer allegedly bribed coaches to establish fake credentials designating students as recruited athletes even when those students did not play the sport in question.

The New York Post reported on some of the coaches entangled in the scandal.

John Vandemoer, head sailing coach at Stanford University, is expected to plead guilty to his own charge of conspiracy to commit racketeering later Tuesday in federal court, prosecutors said.

Also charged is former Yale University women’s soccer coach Rudy Meredith, who allegedly accepted hundreds of thousands of dollars in bribes from the parents of two teen girls hoping to gain admission to the Ivy.

Meredith allegedly ran the same scam that many of his fellow coaches-turned-co-defendants did, accepting bribes funneled through California-based college prep expert William Rick Singer in exchange for green-lighting kids for athletic scholarships they didn’t deserve.

The College Board, which administers the SAT, said it is cooperating with law enforcement and released the following statement:

“Today’s arrests resulting from an investigation conducted by the U.S. Attorney’s Office in Massachusetts send a clear message that those who facilitate cheating on the SAT – regardless of their income or status – will be held accountable. The College Board has a comprehensive, robust approach to combat cheating, and we work closely with law enforcement as part of those efforts. We will always take all necessary steps to ensure a level playing field for the overwhelming majority of test takers who are honest and play by the rules.”