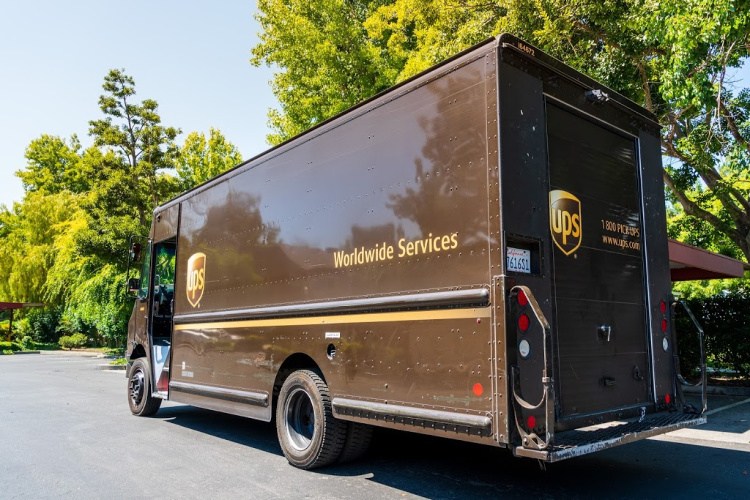 Attorney General Merrick Garland successfully shook down the United Parcel Service (UPS) for the alleged “crime” of “discriminating” against a non-citizen by asking for too much proof of his legal status in order to work.

The DOJ boasted about their shakedown of an American business in a press release on Monday.

The Department of Justice announced today that it reached a settlement with United Parcel Service Inc. (UPS). The settlement resolves the department’s claims that UPS violated the Immigration and Nationality Act (INA) when it discriminated against a non-U.S. citizen by requesting that he present additional documents to prove his permission to work after the worker had already provided sufficient proof.

“When checking an individual’s permission to work, employers cannot ask for more documents than necessary based on a worker’s citizenship status,” said Assistant Attorney General Kristen Clarke of the Justice Department’s Civil Rights Division. “The Civil Rights Division is committed to protecting workers from unnecessary document requests based on citizenship status and national origin.”

The department’s investigation determined that UPS discriminated against a newly hired lawful permanent resident in Jacksonville, Florida, by asking him for his Permanent Resident Card and “work visa,” to prove his permission to work, even though he had already shown his driver’s license and unrestricted social security card, which were sufficient proof. UPS asked for the additional documents after getting a data entry error notification from the propriety software program the company uses to access E-Verify and verify workers’ permission to work. When UPS received the notification, the company asked the worker for additional documents instead of checking for a simple data entry error, as the company did when it received such notices for U.S. citizen workers.

The INA’s anti-discrimination provision prohibits employers from asking for unnecessary documents — or specifying the type of documentation a worker should present — to prove their permission to work, because of a worker’s citizenship, immigration status or national origin. Under the settlement, UPS will pay a civil penalty, train employees about how to properly handle notices about data entry errors, and be subject to department monitoring.

The Civil Rights Division’s Immigrant and Employee Rights Section (IER) is responsible for enforcing the anti-discrimination provision of the INA. The statute prohibits citizenship or immigration status and national origin discrimination in hiring, firing or recruitment or referral for a fee; unfair documentary practices; and retaliation and intimidation.

The DOJ ended their press release by soliciting other non-citizen foreigners to sue their American employers.

Learn more about IER’s work and how to get assistance through this brief video. Job applicants or employees who believe they were discriminated against based on their citizenship, immigration status or national origin in hiring, firing, recruitment or during the employment eligibility verification process (Form I-9 and E-Verify); or subjected to retaliation, can file a charge. The public also can contact IER’s worker hotline at 1-800-255-7688; call IER’s employer hotline at 1-800-255-8155 (1-800-237-2515, TTY for hearing impaired); email IER@usdoj.gov; sign up for a free webinar; or visit IER’s English and Spanish websites. Subscribe to GovDelivery to receive updates from IER.

Though Garland on one hand claims businesses have no right to “discriminate” against non-citizens by asking for too much proof of their legal immigration status, on the other hand he claims businesses and public agencies have every right to discriminate against the unvaccinated and fire them from their jobs if they won’t take Big Pharma’s experimental vaccines.

The open contempt this regime has for the American people is beyond belief.