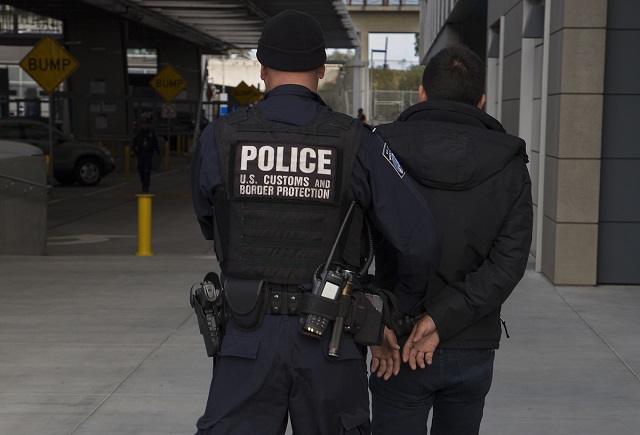 The government dug through the history of over one hundred illegal alien “parents” caught invading America with their children. The results were exactly what you’d expect (if you’re not a Democrat who watches MSNBC all day).

The Trump administration said Thursday that nearly half of the children ages 5 and under who were separated from grown-ups at the U.S. border can’t be reunited with their parents, mostly because many of the adults are violent criminals – and some lied about being the minors’ parents.

President Donald Trump had claimed Tuesday that illegal immigrants and human traffickers were ‘using children’ to manipulate America’s immigration system and make it easier for adults to enter the U.S. without papers and remain there.

Of the 103 minors in the youngest age group, the administration has reunited 57 with parents, but the other 46 are ‘ineligible,’ the Justice and Homeland Security Departments reported. One of the men is wanted for murder in Guatemala, Chris Meekins, Chief of Staff, Office of the Assistant Secretary for Preparedness and Response at the Department of Health and Human Services told reporters on a conference call.

Seven more were ‘determined not to be a parent’ at all, including three whose deception was discovered through DNA testing.

Meekins described one adult who said he was a parent ‘right up until the time of a DNA swab,’ and then retracted his claim.

Authorities determined that one potential child sponsor was alleged to have abused the child he was trying to claim.

Another told the government that if his child were returned to him, he planned to house the youngster with an adult who has been charged with sex abuse of a young girl.

Eleven are in state or federal custody for other reasons.

One of the adults presented a falsified birth certificate, and another has a contagious disease.

On the flip side, all of them were determined to have a “spark of divinity” within them by Democrat leader Nancy Pelosi: