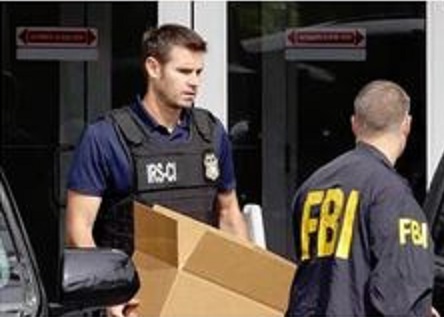 Attorney General Jeff Sessions does not do things with fanfare.

Early this January, The Hill reported that the Department of Justice (DOJ) has launched a new investigation into the Clinton Foundation, the so-called charity of Bill and Hillary Clinton — whether donors to the foundation were improperly promised policy favors or special access to Hillary Clinton while she was secretary of state in exchange for donations to the foundation’s coffers (“pay-to-play”), as well as whether tax-exempt funds were misused.

According to The Hill, citing its sources as “law enforcement officials and a witness”:

FBI agents from Little Rock, Ark., where the foundation was started, have taken the lead in the investigation and have interviewed at least one witness in the last month, and law enforcement officials said additional activities are expected in the coming weeks….

The Wall Street Journal reported late last year that several FBI field offices, including the one in Little Rock, had been collecting information on the Clinton Foundation for more than a year. The report also said there had been pushback to the FBI from the Justice Department.

A renewed law enforcement focus follows a promise to Congress late last year from top Trump Justice Department officials that law enforcement would revisit some of the investigations and legal issues closed during the Obama years that conservatives felt were given short shrift. It also follows months of relentless criticism on Twitter from President Trump, who has repeatedly questioned why no criminal charges were ever filed against the “crooked” Clintons and their fundraising machine….

One challenge for any Clinton-era investigation is that the statute of limitations on most federal felonies is five years, and Clinton left office in early 2013.

In April 2018, The Daily Beast reported that “sometime last fall, without saying anything publicly at the time,” Sessions had “quietly appointed a prosecutor to probe Trump’s foes” — John Huber, U.S. Attorney for Utah. The left-leaning Daily Beast calls Huber’s appointment “could be an unprecedented disaster” for Democrats.

On July 31, 2018, Sessions made a brief stop in Little Rock, ostensibly to hold a “press event only” news conference at 10:50 a.m. to talk about efforts to combat violent crime.

Yes indeed, it makes perfect sense for Sessions to fly more than 1,000 miles from Washington, D.C., to Little Rock for a press conference.

[P]eople have been asking about our story yesterday about federal agents loading boxes in a Boeing 757 at Little Rock Airport. They want to know how we know the boxes contain documents from the Clinton Foundation. We don’t. But we can’t think of anything else it would have been. They also want to know how we knew it was owned by the US Department of Justice. Here’s the proof!

Here’s the flight path of the DOJ-owned Boeing 757 (click to enlarge):

Could the boxes that were loaded into the DOJ’s jumbo cargo jet be a sign that the Little Rock FBI has been removed from the DOJ’s probe into the Clinton Foundation?