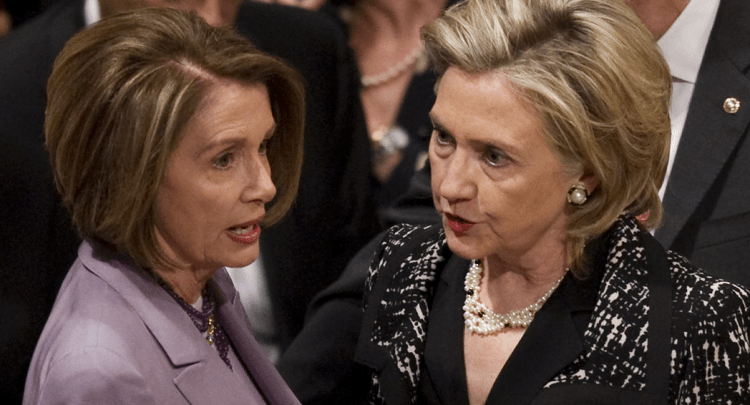 How is this even remotely ethical?

Is there not one honest Democrat in the whole of that cesspool?

Dominion Voting Systems has refuted claims about being biased toward Democratic officials during the Nov. 3 election, including allegations about a raid on a server in Germany as well as ties to Sen. Dianne Feinstein (D-Calif.) However, it did note that it made a donation to the Bill- and Hillary Clinton-operated Clinton Foundation and did not dispute that a former staffer of House Speaker Nancy Pelosi (D-Calif.) was hired as a lobbyist.

In a lengthy statement last week, the Colorado-based voting systems provider first refuted that it has any ties to Smartmatic, another voting software maker, but it did note that the two firms worked together in the Philippines and said it bought some assets from Smartmatic-linked Sequoia about 10 years ago, adding that the two companies had legal disputes. Some Trump campaign officials made claims in recent interviews that Smartmatic had links to Dominion.

Dominion has been at the center of controversy since Election Day after Antrim County, Michigan, showed Joe Biden beating President Donald Trump before the results were reversed, with county officials saying the error was due to the county clerk not updating software.

According to the statement about the donation, in full, the firm quoted an Associated Press report as saying that “Dominion made a one-time philanthropic commitment at a Clinton Global Initiative meeting in 2014, but the Clinton Foundation has no stake or involvement in Dominion’s operations, the nonprofit confirmed.” It added: “The meeting included bipartisan attendees focused on international democracy-building.”

Dominion linked to an AP report that noted that former Pelosi Chief of Staff Nadeam Elshami “is part of a lobbying team representing Dominion, according to public disclosures,” adding that the team “includes Brian Wild, who counts Republicans such as former House Speaker John Boehner and former Vice President Dick Cheney among his past bosses.”

Trump campaign attorney Sidney Powell, over the weekend, alleged that Smartmatic and Dominion were used to bolster Biden over Trump.

“We’re getting ready to overturn election results in multiple states,” Powell said on Fox Business, adding that she has enough evidence of election fraud to launch a widespread criminal investigation. “I don’t make comments without having the evidence to back it up.”

“They can stick a thumb drive in the [voting] machine, they can upload software to it even from the Internet … from Germany or Venezuela even,” Powell said, adding that operations “can watch votes in real-time” and “can shift votes in real-time,” or alleged bad actors can “remote access anything.”

“We’ve identified mathematically the exact algorithm they’ve used—and planned to use from the beginning” that allegedly switched votes to Biden, Powell said.

Dominion has not responded to a request for comment about Powell’s claims.

Dominion, in its statement, also asserted that claims of voter fraud are “conspiracies” and are “100 percent false.” The firm cited the U.S. Department of Homeland Security’s Cybersecurity and Infrastructure Security Agency (CISA), which called the 2020 election the “most secure in American history.”

The agencyfailed to disclose, however, that Dominion Voting Systems is a member of CISA’s Election Infrastructure Sector Coordinating Council.

Meanwhile, Smartmatic, in a statement, said last week that it has no ties with Dominion.