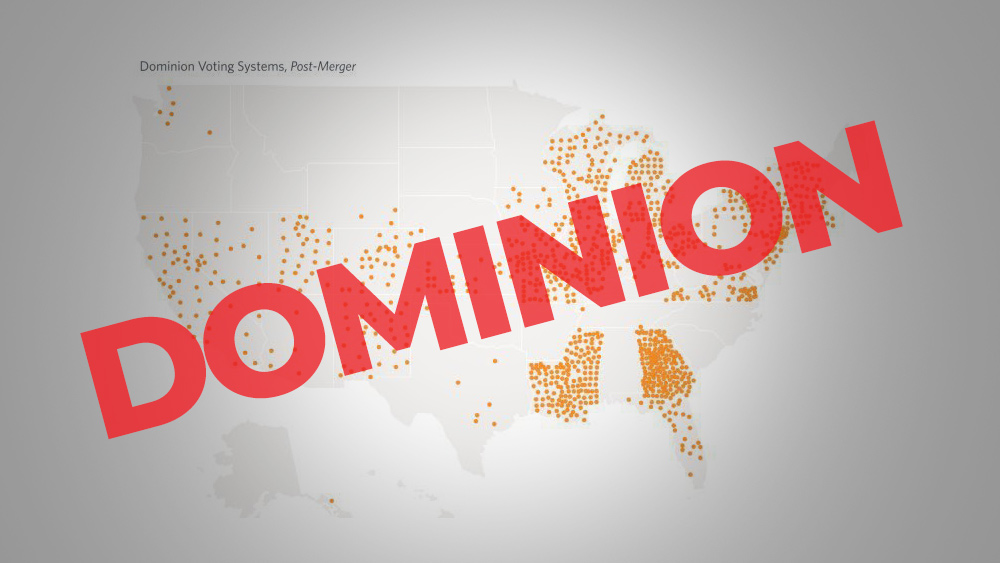 (Natural News) A former military intelligence analyst claims to have “unambiguous evidence” that the Dominion Voting Systems servers were both accessible to and compromised by rogue actors like Iran and China thanks to digital forensic analysis.

The claim appeared in an affidavit that accompanied attorney Sidney Powell’s 75-page lawsuit against officials in Michigan including Governor Gretchen Whitmer, Secretary of State Jocelyn Benson and the Board of State Canvassers. The complaint, which was filed on November 25, says the affidavit was authored by an ex-electronics intelligence analyst who is in the 305th U. S. Military Intelligence Battalion and allegedly shows that “the Dominion software was accessed by agents acting on behalf of China and Iran in order to monitor and manipulate elections, including the most recent U.S. general election in 2020.”

The analyst reportedly has extensive experience serving as a white hat hacker for some of the world’s top election specialists. The identity of the analyst was redacted in the affidavit, but the individual found several interrelationships with foreign entities in a scan of Dominion network nodes, including access to a Dominion server by a network from Hunan, China. A different forensic review found links to an Iranian IP address, and these behaviors taken together indicate that foreign agents from aggressor nations had recent access to American voter lists.

The analyst characterized this as a “complete failure” by Dominion to provide even the most basic cybersecurity.

The analyst added: “This is not a technological issue, but rather a governance and basic security issue: if it is not corrected, future elections in the United States and beyond will not be secure and citizens will not have confidence in the results.”

Meanwhile, a separate complaint filed in Georgia expands on this assertion, claiming, “Dominion neglectfully allowed foreign adversaries to access data and intentionally provided access to their infrastructure in order to monitor and manipulate elections, including the most recent one in 2020.”

The suit also alleges that Dominion’s systems are derived from software that was designed by Smartmatic Corporation, which is now known as Sequoia. A whistleblower has said in a sworn affidavit that Smartmatic’s software was deployed in order to rig elections for Hugo Chavez, with a core element of its design being its ability to hide manipulation of votes from audits. A Venezuelan whistleblower testified that the computers were designed to allow unbridled vote manipulation throughout the process at every stage, including printing ballots, feeding ballots into the machines for counting, and the counting process itself.

Iran and China want to see Biden in office

Needless to say, neither Iran nor China are interested in seeing President Trump get reelected. There is absolutely no reason that anyone outside of the U.S. should have access to the machines, and this sort of interference is something officials have been warning about for some time.

In October, the Director of National Intelligence, John Ratcliffe, and FBI Director Christopher Wray announced that Iran and Russia had been working to undermine the integrity of the presidential election, saying they had taken “specific actions to influence public opinion relating to our elections.” Ratcliffe said Iran had obtained voter registration information and sent spoofed emails that were meant to intimidate voters, cause social unrest and hurt Trump’s chances of reelection.

Of course, the software wasn’t the only problem in Michigan. There were also hundreds of thousands of ballots that were ineligible, illegal, duplicate or outright fictitious. In addition, there were complaints that some voters were harassed and intimidated and that Republican poll challengers were even physically removed.

Between voter harassment, fraudulent ballots, rigged voting machines and potential outside interference by America’s enemies, how can anyone maintain that this was a fair election?