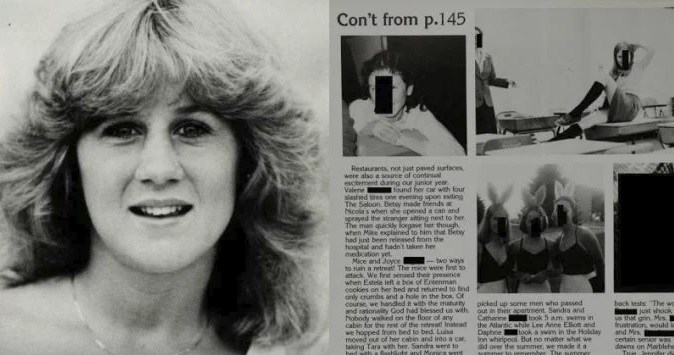 I received an email today asking that I make sure to preserve the information that was obtained and written about at the now removed Google blogspot site, Cult of the 1st Amendment, which quickly grabbed up several pictures of Dr. Christine Blasey Ford’s yearbook and provided at least three articles on various aspects of the yearbook and campus life. In following through with that, I have preserved both the articles and the pictures on TheWashingtonStandard.com.

The three articles are titled:

This is very important that the truth of these articles remain in the public square due to the libelous and slanderous accusations that have been leveled at Supreme Court Judge Brett Kavanaugh during his confirmation hearings.

While I’m not expecting Kavanaugh to pursue legal action against Mrs. Ford, should he opt to do that, there is plenty of information that can be gleaned in a defamation lawsuit not only against her, but also media outlets. Of course, I realize that he probably has the original yearbooks in question, but like a lot of other things, the public sometimes loses sight of the truth because it is not readily available to them.

The preservation of these documents and the writings, of whom the author is unknown, cast even more doubt on Mrs. Ford’s testimony under oath.

With that in mind, there is a growing concert of social media giants, as well as Google that are seeking to eliminate this information from the public internet. It’s our job to get the information out to people so that they know the truth. With that in mind, if you have not read these articles and viewed the yearbook photos, please do so at TheWashingtonStandard.com.