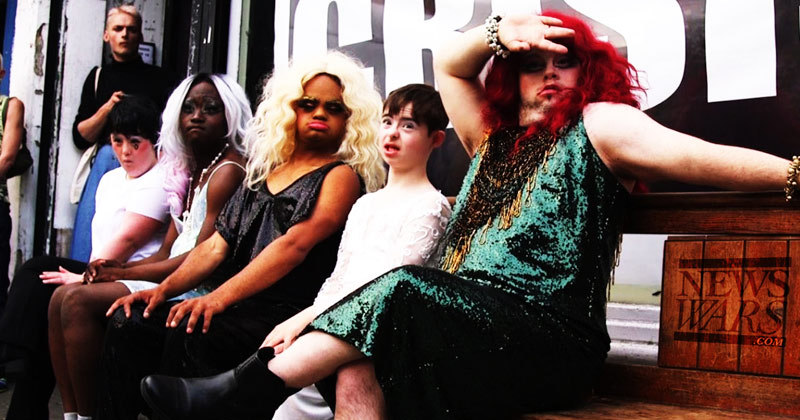 (Natural News) If “being your true self” means attempting to alter your biological sex with hormone “treatments,” then your true self is also quite dumb, as a new study has confirmed that gender reassignment chemicals dramatically lower IQ levels.

Published in the journal Frontiers in Human Neuroscience, the paper looked at an 11-year-old boy both before and after he was administered hormone suppressors to become a “transgender,” the purpose being “to review the effects of puberty suppression on the brain white matter during adolescence.”

Almost immediately upon being given anti-puberty pharmaceuticals, the young boy’s intellectual performance began to decrease substantially. The scientists who evaluated the child also reported that they observed “immaturity in [his] cognitive development” as a result of taking the drugs.

After 28 months of taking the gender-bending chemicals, the child’s brain white matter was observed to be “unchanged,” which the research team concluded “may be related to reduced serum testosterone levels.”

Additionally, the boy’s global IQ, or GIQ, was found to be “further slightly reduced during the follow-up with [hormone disruptor] treatment,” indicating that gender-benders actively work against normal brain development in otherwise healthy young males trying to “transition” into “females.”

“In fact, the low average GIQ together with impairment in the perceptual organization of intelligence and processing speed index presented even before treatment suggest that any neurodevelopmental immaturity may have been potentiated by pubertal suppression,” the study further explains.

“Some questions emerge from these findings, especially regarding the influence of sex steroids on cognition during puberty. It is likely that the structural and microstructural changes in the brain during adolescence, as discussed above, may interfere on the achievement of complete cognitive potential.”

For more related news about the epidemic of health-destroying transgenderism that’s ravaging the West, be sure to check out Gender.news.

This type of information is rarely, if ever, disclosed to youth considering a change in the gender department. In fact, because the mental health profession is being co-opted by transgender activists, the agenda is to intentionally not disclose the facts, and trick children into ruining their lives for attention.

The sad reality is that most of these transgender children, once their 15 minutes of fame wears off, will regret their decision later on in life – because transitioning back to normal is often impossible due to permanent hormonal damage.

“It can be a real disaster to hear these stories,” says Dr. Miroslav Djordjevic, a professor from Canada who’s been studying the growing phenomenon of “sex change regret” from a clinical perspective.

“Those wishing the reversal have spoken to [me] about crippling levels of depression following their transition, and in some cases even contemplated suicide,” he adds, explaining that while it’s “potentially politically incorrect” to bring up the types of cases he sees all the time, their stories need to be told.

As for the Frontiers in Human Neuroscience study, even the editor-in-chief of the British Medical Journal (BMJ) now admits that puberty blockers “are being used in a state of ‘profound scientific ignorance.’” In a Twitter post, he further wrote:

“This whole thing started out as ‘accepting gay people for who they are,’ and has transitioned into this insanity with much more to come,” one Infowars commenter wrote in response to the study’s findings.

“To be fair, their IQ can’t be that high to start with if they think they can overwrite biology with social justice,” commented another.

In truth, transgenderism is a demonic mental illness that’s being propagated by the Cult of LGBTQP on innocent, impressionable children who don’t really know any better – this being the very definition of Evil.news, and the type of thing warned about in Romans 1.