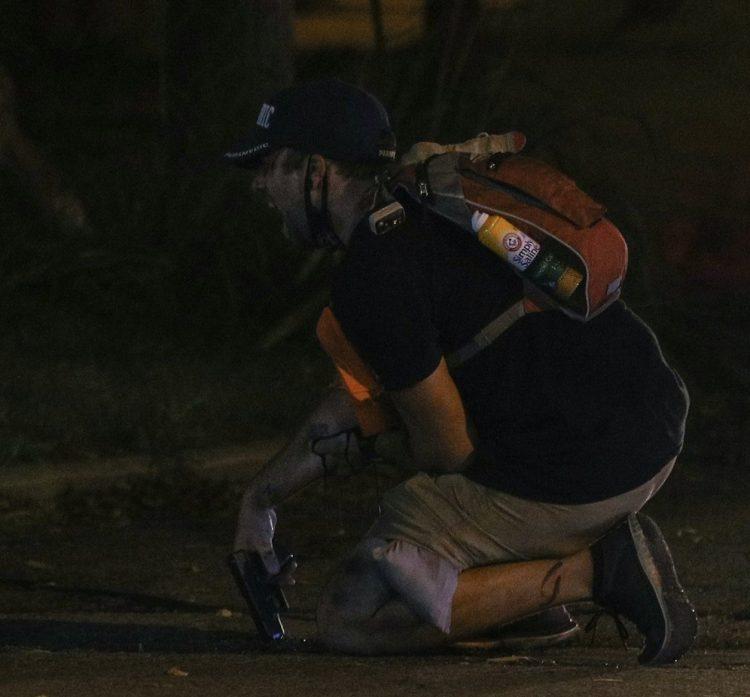 And with those words, the Black Lives Matter protester who was shot in the arm by 17-year-old Kyle Rittenhouse, has proclaimed a clear intent to kill the young man who simply was defending himself.

Gaige Grosskreutz had pointed a gun at Rittenhouse and was captured on video doing it. However, while Grosskreutz may have been playing tough guy, Rittenhouse rightly sense he was threatened and wasn’t playing around at all, shooting Grosskreutz in the arm and doing some major damage to him.

Grosskreutz is alleged to have said by his friends Jacob Marshall, pictured below with Grosskreutz, that his “only regret was not killing the kid and hesitating to pull the gun before emptying the entire mag into him.”

Additionally, Marshal admitted that Grosskreutz “drew his weapon” before being shot by Rittenhouse.

Rittenhouse has excellent legal representation now that Lin Wood has agreed with Rittenhouse’s family to represent the 17-year-old.

“I will not take one thin dime from #FightBack Foundation donations for my time or expenses. I have security team of Navy SEALS to provide security for me, my family, my employees, & my neighbors. I will pay those costs. I will not be intimidated by leftist tactics or threats,” Wood tweeted earlier today.

As we previously highlighted, footage from before the encounter shows that Rittenhouse did not shoot first and that he was being violently pursued by numerous BLM rioters.

Look at what else this guy was doing.

The third who was shot (& survived) is Gaige Grosskreutz, 26. He's a member of the People’s Revolution Movement. He was filmed chasing after the teen w/a pistol. He was shot at close-range in the upper arm. He has a criminal record that includes being intoxicated & armed w/a gun. pic.twitter.com/U9Q3R7pcPH

It doesn’t seem that Mr. Grosskreutz plays well with adults.

I’m actually glad that a 17-year-old young man took it upon himself and had the intestinal fortitude to defend himself and others from this criminal. Well done, young man! If others did the same, it would quelch a significant part of these criminals.

I’m pretty sure that Gaige is fortunate to be alive at this point and to have his arm. However, rest assured, this guy will play the victim even though he was the one perpetrating the crime.