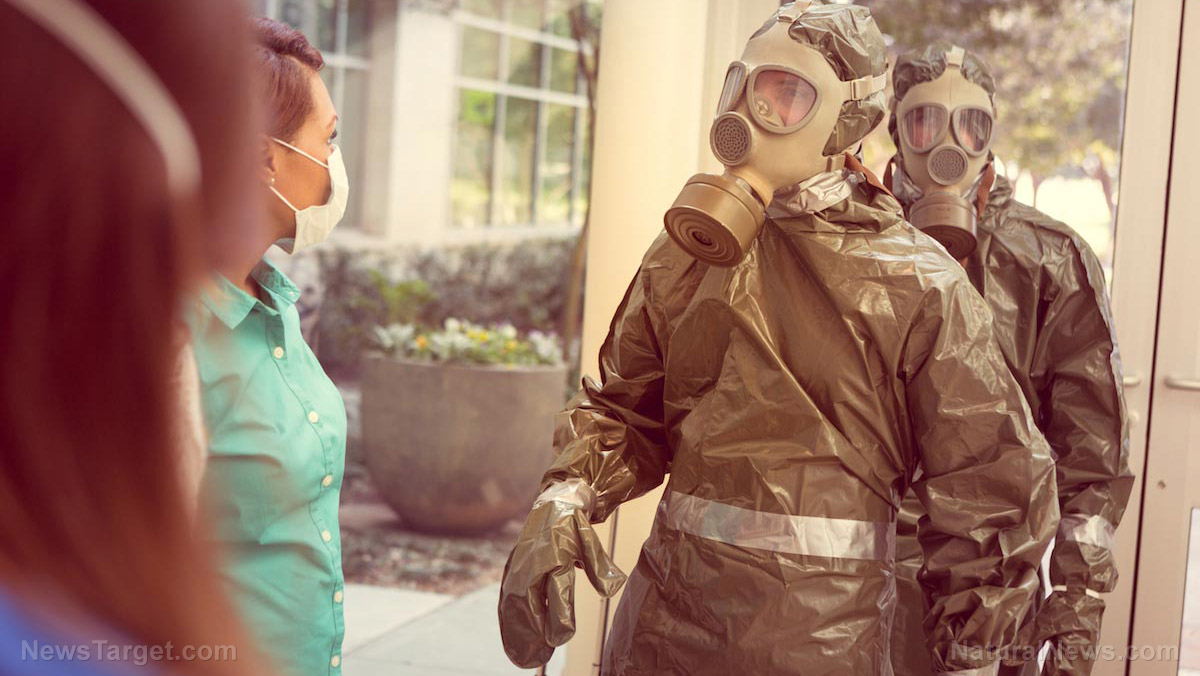 (Natural News) With its long and devastating history, the Ebola virus is truly terrifying. Just the words “plague” or “black death” are enough to strike fear into the hearts of many. Outbreaks of the plague were common for centuries, resulting in millions of deaths.

More recent outbreaks have generally been contained to distant African countries and the risk of an outbreak in developed countries is generally considered to be low. Certainly, though there have been reported cases of Ebola in the United States, very few Americans would consider their country to be a potential outbreak site.

Nonetheless, the risk may be considerably higher than most of us think. Governments around the world house diseases like Ebola in biological warfare weapons development laboratories. Strict safety protocols should ensure that these facilities are super safe, but when these protocols are not followed or newly developed procedures are not implemented, the potential exists for these deadly bugs to escape into the environment.

As reported by the U.K.’s Daily Mail, the U.S. government recently shut down the Army Medical Research Institute of Infectious Diseases at Fort Detrick, which develops biological warfare agents. Officials from the Centers for Disease Control and Prevention(CDC) who inspected the facility in June determined that it failed to meet the necessary biosafety level 3 and 4 operating standards. (Related: Vaccines as Biological Weapons? Live Avian Flu Virus Placed in Baxter Vaccine Materials Sent to 18 Countries.)

The history of the plague

As reported by the CDC, outbreaks of the plague have been taking place for thousands of years. Some scholars believe that it even played a part in the fall of the Roman Empire, when Roman soldiers brought it back home from the Persian Gulf in 165 A.D. The CDC explained:

Numerous references in art, literature and monuments attest to the horrors and devastation of past plague epidemics. We now know that plague is caused by a bacterium called Yersinia pestis that often infects small rodents (like rats, mice, and squirrels) and is usually transmitted to humans through the bite of an infected flea. In the past, black rats were the most commonly infected animals and hungry rat fleas would jump from their recently-dead rat hosts to humans, looking for a blood meal. Pneumonic plague, a particular form of plague infection, is instead transmitted through infected droplets in a sick person’s cough.

The “Justinian Plague,” which took place in the Mediterranean basin over a 200-year period from 541 A.D., claimed around 25 million lives. The second pandemic, known as the “Black Death,” originated in China and spread to Europe via the great trade routes, eventually killing 60 percent of the entire European population. More recently, the “Modern Plague” originated in China in the 1860s, and was carried to seaports across the globe by rats hiding out on steamships. Though this particular pandemic was quickly controlled, it allowed the disease to spread and become endemic in countries around the world.

Fort Detrick was one of just a few American laboratories authorized to study Tier 1 agents like Ebola, which are considered to pose a serious threat to public health and safety.

The facility had been struggling for over a year to improve its decontamination processes after a flooding issue in May 2018, when the CDC issued its cease and desist notice in July this year.

The suspension was due to multiple causes, including failure to follow local procedures and a lack of periodic recertification training for workers in the biocontainment laboratories. … The wastewater decontamination system also failed to meet standards set by the Federal Select Agent Program.

This is not the first time Fort Detrick has been accused of allowing diseases to escape into the environment. In her book, Bitten: The Secret History of Lyme Disease and Biological Weapons, journalist Kris Newby alleges that Lyme disease — a tick-born illness which now plagues the United States — was accidentally released into the environment by Fort Detrick researchers decades ago.

The CDC has placed all research at the facility on hold, and it will remain closed for the foreseeable future. Learn more at BiologicalWeapons.news.