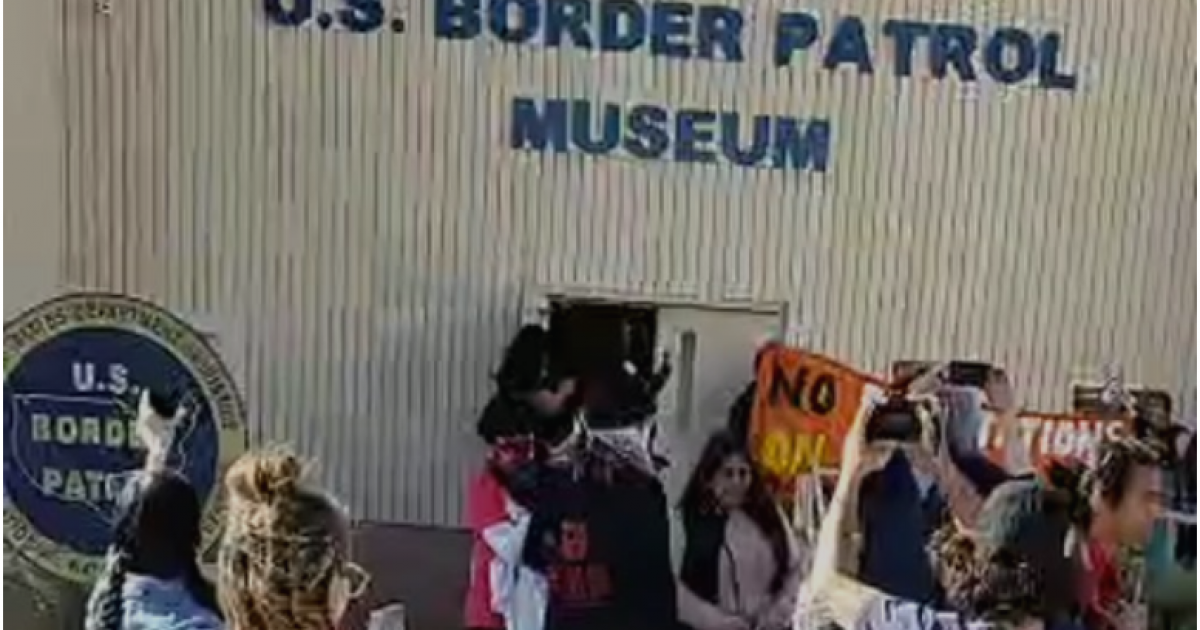 On Saturday, a group of protesters from the “Creative Brown Resistance” (Tornillo: The Occupation) descended on the US Border Patrol Museum in El Paso, Texas. They placed “pictures of children” in various places in the museum. Some members of the Border Patrol were incensed at word of the action, but there appears to have been no actual damage to the exhibits.

The museum is privately funded and meant to commemorate the history of the service, along with one room that is for the fallen heroes of the Border Patrol. The protesters placed their pictures over the ones of the fallen agents in what they are calling the weekend of “Revolutionary Love.” It’s not love to disrespect the memorials to those who gave their lives.

On Saturday, their protest moved into the city, when several dozen of the group entered the museum. Many members of the protest wore bandanas over the lower portion of their faces, while others carried signs.

According to the group’s Facebook page, the protest continued outside the museum for several minutes more, until Military Police from Fort Bliss arrived. There was no immediate word of any arrests.

The protesters planned an entire weekend of “direct action.” One of their special guests is the woman who climbed the Statue of Liberty back on the 4th of July – Patricia Okoumou. They claim that protesters will join them from all over the nation.

The group posted this note when military police arrived:

BREAKING: Military police have blockaded our people at the Border Patrol Museum after our Nonviolent action to tell the true story of violence behind borders and those who patrol them. Please stay tuned for updates.

UPDATE: After demanding everyone’s IDs, collecting personal information, and looking for warrants and immigration status, the military police have let our people go from the Border Patrol Museum parking lot. Thank you all for your support. We have a weekend full of actions, stay tuned!

The photos they placed on the exhibits were supposedly of migrant children, however, the pictures all appeared to be the exact same art-created image.

Is that tolerant? Civil? Acceptable? Is there ANYTHING that justifies this?#HonorFirst https://t.co/fXg0hoK2XR

Our Agency’s history and legacy is shared through those doors, and the memories of our fallen #BorderPatrol Agents are told through the BP Museum’s Memorial Room. https://t.co/rZWnZ87B1v