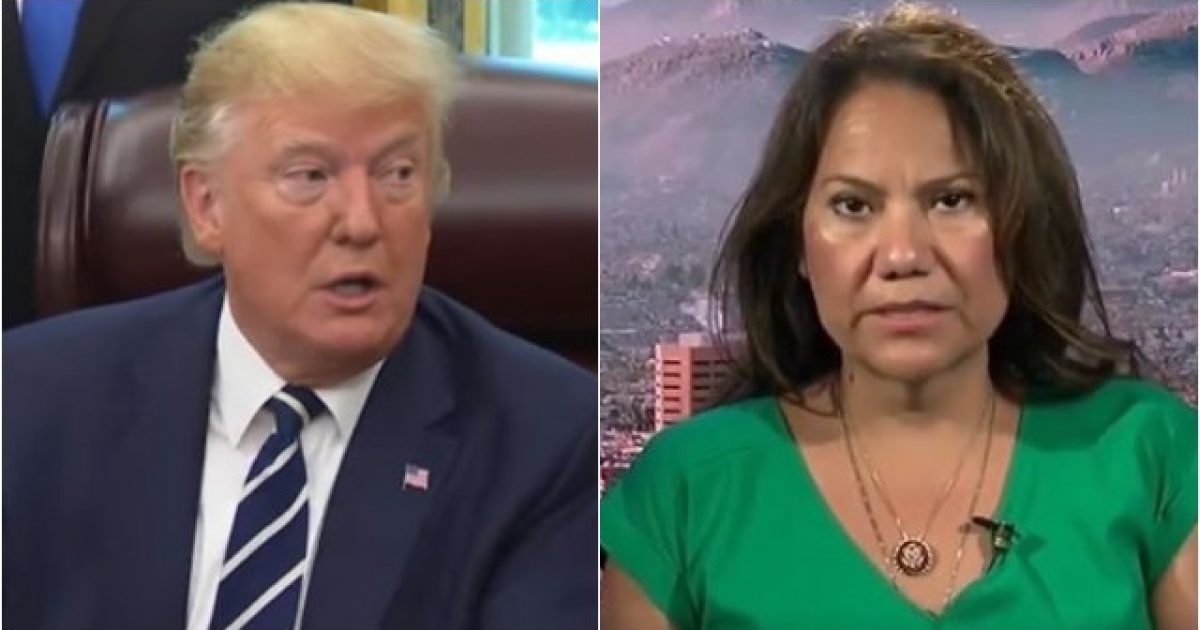 Opinion & Speculation of Kirsters Baish| Democratic Representative of El Paso, Texas, Veronica Escobar, publicly addressed President Donald Trump on Monday, urging him not to visit in the wake of this weekend’s horrific mass shooting which left 21 dead and more than two dozen others wounded.

“From my perspective, he is not welcome here. He should not come here while we are in mourning,” the Democrat whose district includes almost all of El Paso, said while appearing on MSNBC’s “Morning Joe.” She continued, “I would encourage the president’s staff members to have him do a little self-reflection. I would encourage them to show him his own words and his actions at the rallies.”

Later Monday, Democratic 2020 hopeful and former Rep. Beto O’Rourke — who represented El Paso until earlier this year, when he was replaced by Escobar after his failed Senate campaign — joined the congresswoman in saying Trump shouldn’t come to the city. He told a reporter from the Corpus Christi Caller Times that Trump has “helped to create what we saw in El Paso on Saturday. He’s helped to produce the suffering that we are experiencing right now. This community needs to heal.”

On Saturday afternoon, a gunman opened fire at a Walmart in El Paso, a city that has been in the national spotlight in recent months amid controversy over the treatment of migrants at a nearby detention facility. Authorities said the Walmart was at capacity as people from both El Paso and Ciudad Juárez, a Mexican city just across the border, were shopping for the new school season.

The suspect in the attack, a 21-year-old white man who is in custody, is believed to have posted a racist, anti-immigrant manifesto online shortly before opening fire, warning of a “Hispanic invasion of Texas.” The Justice Department said Sunday that it is treating the shooting as an act of terrorism.

“Words have consequences,” Escobar said on Monday. “And the president has made my community and my people the enemy. He has told the country that we are people to be feared, people to be hated.”

According to Politico, “The El Paso shooting came less than a week after a shooting at a garlic festival in Gilroy, Calif., that left three dead and a dozen injured. Hours after the El Paso shooting, a gunman opened fire in Dayton, Ohio, killing nine and wounding dozens more.

The President offered his condolences for the cities of Dayton and El Paso this weekend. He told the media that “hate has no place in our country.”

On Monday, the President tweeted that the United States should “never forget the victims and those who came before them, calling for bipartisan background check legislation for gun purchases. But he also suggested that such legislation be tied to his long-sought immigration proposals, likely making it a political nonstarter,” Politico summarizes.

“We must have something good, if not GREAT, come out of these two tragic events!” the President wrote.

“I live in an extraordinary community. We are the epitome of goodness as a community. We welcome the stranger. We take care of the vulnerable. That is who El Paso is, and I am so proud to be a member of this community.” — @RepEscobarpic.twitter.com/ZWhDhO8TQq

I do not know why, but I have a feeling that this will not end very well for this woman …