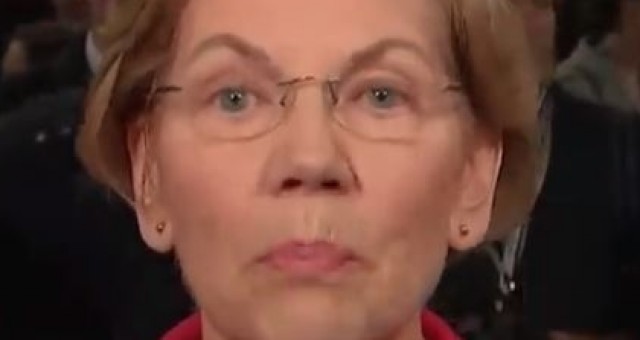 During Friday night’s Democratic presidential campaign debate, Elizabeth Warren gave gun owners a stark reminder of just how important the 2020 election will be for our right to keep and bear arms when she said that, if elected, she would nuke the filibuster rule in the Senate in order to ram through gun control bills. From NPR:

When discussing gun control efforts, Massachusetts Sen. Elizabeth Warren brought up her willingness to scrap the legislative filibuster, especially on an issue like universal background checks, which polls show has the support of a clear majority of Americans. The filibuster creates a hurdle in the Senate that makes it more difficult to pass legislation.

Warren is one of three Democratic candidates on the record backing the end of the filibuster, along with Pete Buttigieg, the former mayor of South Bend, Ind., and billionaire activist TomSteyer.

Buttigieg was then asked about expanding the Supreme Court. He’s called for increasing the number of justices to 15, with five of those being “apolitical justices picked by the first 10.” Today the Supreme Court has nine members but the Constitution doesn’t specify how many justices it may include.

Warren, Steyer and entrepreneur Andrew Yang have also expressed support for increasing the size of the court. Bearing Arms

Elizabeth Warren has released one of the most sweeping gun policy proposals of the Democratic presidential candidates. And she’s set a big objective for the plan: to get US gun deaths down by 80 percent.

Her proposal begins with executive actions to expand background checks, close loopholes in current gun laws, and target gun traffickers and licensed gun dealers who break the law. She proposes sweeping legislation, including universal background checks and an assault weapons ban but also a system requiring a license to buy and own guns as well as urban gun violence intervention programs.

She also vows to revisit the issue of guns every year, “adding new ideas and tweaking existing ones based on new data — to continually reduce the number of gun deaths in America.”

Thank God Trump will win 2020 in a landslide victory. These socialists are insane.