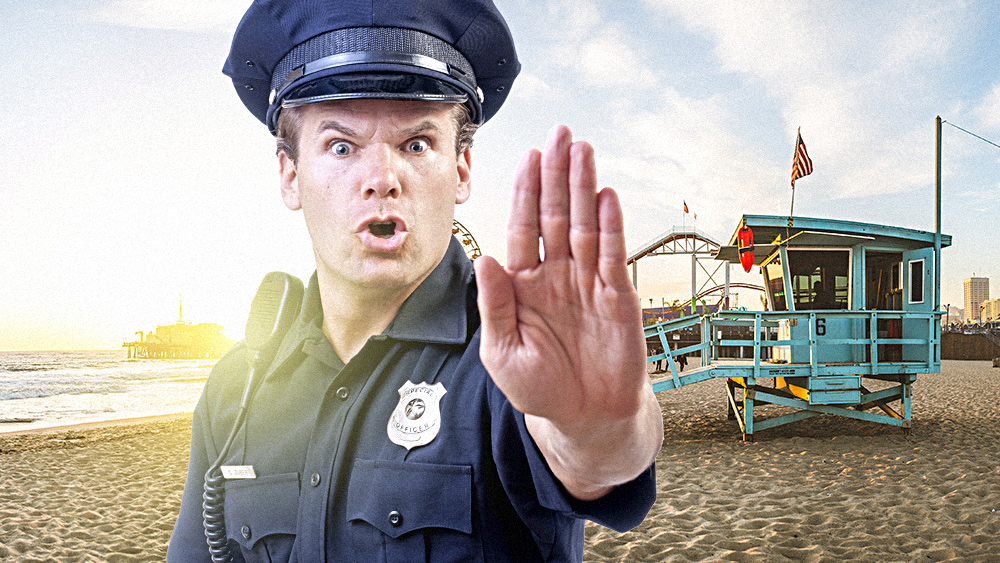 (Natural News) Concerned that the Wuhan coronavirus (COVID-19) pandemic might be a deep state cover for governments to seize full control over the people of America, a 44-year-old engineer reportedly tried to crash a train into the United States Naval Ship (USNS) Mercy, a hospital ship treating non-coronavirus patients at the Port of Los Angeles in California.

Eduardo Moreno intentionally derailed the train off the end of the tracks near the Navy vessel, where it went barreling full speed through several concrete and chain barriers before ending up in a parking lot nearly 250 yards from the ship.

Nobody was injured, and neither was the USNS Mercy, but the train itself leaked a large amount of fuel, according to reports. Moreno was apprehended by a California Highway Patrol (CHP) officer who caught him trying to flee the scene.

Moreno later told officers and investigators from the Federal Bureau of Investigation (FBI) that he deliberately derailed the train due to suspicions that the purpose of the Mercy was something other than what authorities had claimed, and that it was there to help facilitate a government takeover of society.

“Moreno stated that he acted alone and had not pre-planned the attempted attack,” a statement from the U.S. Attorney’s Office in the Central District of California explains. “While admitting to intentionally derailing and crashing the train, he said he knew it would bring media attention and ‘people could see for themselves,’ referring to the Mercy.”

Moreno says he did this to “wake people up”

Because most Americans and people of the world seem to be accepting the official Wuhan coronavirus (COVID-19) narrative without question, Moreno says he had to do something drastic to try to “wake people up,” a criminal complaint against him reveals.

In other words, Moreno feels as though too few people are looking at the situation critically, which is allowing the government to ratchet up its restrictions against free movement with little or no pushback.

Investigators say they’re still reviewing surveillance footage captured at the scene, including inside the locomotive, to determine more details about what took place.

Moreno is now being charged with one count under a little-known train-wrecking statute that, if he’s convicted, would result in a maximum prison sentence of up to 20 years.

“You only get this chance once,” Moreno supposedly told the CHP officer who initially approached him following the incident. “The whole world is watching. I had to. People don’t know what’s going on here. Now they will.”

An affidavit states that Moreno waived his right to speak to an attorney before being questioned by investigators. During two post-arrest interviews, Moreno confessed to everything, including his belief that the USNS Mercy is not “what they say it’s for.”

“Must ban trains now,” joked one Yahoo! News commenter, pointing out the hypocrisy of anti-gun zealots. “Could be used as a deadly weapon. Oh wait, are people going to sue the train manufacturer just like they do with guns?”

Along with the USNS Mercy, the Trump administration is also planning to send out the USNS Comfort, which is currently moored and under repair in Norfolk, Virginia, to New York City. The purpose of these deployments is to reduce pressure on local hospitals while maximizing treatment capacity.

“They don’t have necessarily the space, the segregated spaces, you need to deal with infectious diseases,” stated Secretary of Defense Mark Esper about the additional drawbacks of traditional hospitals.

To keep up with the latest news about the Wuhan coronavirus (COVID-19), be sure to check out Pandemic.news.