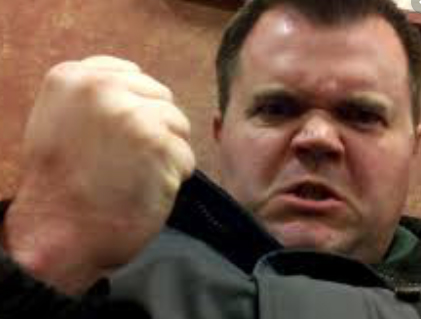 When the news came out this week that absolutely NO ONE in New Jersey had cavved to pressure and turned in a high-capacity magazine, even though it could cost them $10 thousand dollars for each one, and a year in jail,

I knew we had turned a major corner in America. For as long as I can remember, it’s been the conservatives who have supported law and order, even when they believed it was not in their best interest, or even constitutional.

No more! For too long we have watched crooked politicians write laws, and then exempt themselves. Whether it was laws regarding firearms, or prohibitions against insider stock trading—these scabs on society always worked the loopholes, or counted on the Justice Department to look the other way. The American dream has become: “Go to Congress poor, and retire a multi-millionaire!”

What’s in it for us if we are the only saps having to play by the rules?

I remember in 2010 when someone blew the lid off the billions in delinquent taxes owed by federal employees. It wasn’t until 2017 a bill was introduced to force them to pay up or lose retirement benefits. While we’re at it—how about those Obamacare exemptions for Congress and their staff?

How many politicians have we watched get away with crimes, maybe get a slap on the wrist by the ethics committee? They even have their own slush fund to pay off federal workers they have sexually harassed—or worse.

During the 2016 elections, it was Trump supporters who were attacked (and still are) by left-wing goons protected by politicians like the mayor in Portland. The hacks in the mainstream media egg these thugs on, and then scream if we protect ourselves, or dare to express our political beliefs publicly. Enough!

Good law-abiding conservatives have watched as Hillary Clinton got away with selling off a large chunk of our Uranium assets to the RUSSIANS–for CASH. She also managed to hide and/or destroy 30 thousand emails, and escape any punishment for mishandling classified government documents. Meanwhile the former FBI Director, James Comey, went out of his way to shield her from a real investigation. And don’t forget her husband, Slick Willy, selling our Supercomputers to China so they could target our cities more effectively with their long-range missiles.

If you mess with the bull, you get the horns—unless you’re connected

Tens of millions of good people in this country voted President Trump in office, and watched as the Democrat party, with the help of the US Intelligence agencies, tried to pull off a coup. It looks like they will escape any consequences—the current investigations look more like Kabuki Theater than a serious attempt to bring anyone to justice.

Each day brings more bad news about how the next election will be rigged by big tech and social media. Conservatives are being banned from expressing their views on social media accounts, while terrorists have their posts supported.

Patriots in Hong Kong are setting a shining example

Despite violent attacks by the police and communist China thugs, the brave conservatives of Hong Kong are coming out every night to fight for freedom. If only more Americans valued their freedom and carried the torch for liberty.

A SALUTE to the good people all over the world, and here in the USA who are finally standing up to authoritarian thugs and their goons in society. Now someone give me a good reason why ANY conservative should continue to play by these one-sided rules.

David Brockett is a Vietnam veteran and former USMC pilot. Following his time in the military, he worked in healthcare as a counselor and hospital administrator. He also writes articles on politics, religion, gun-rights, and current events. In his free time, he and his wife volunteer at the local food bank and with veterans organizations. They divide their time between their home state of Texas, and Idaho.