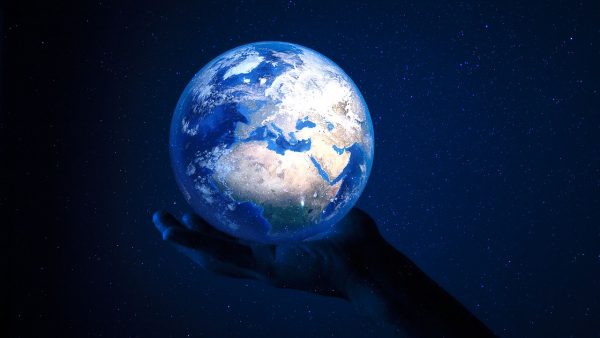 Our planet is dying. According to an absolutely stunning 1,500-page UN report that was just released, we are about to see plant and animal species go extinct on a scale that is hard to imagine. This report was spearheaded by the Intergovernmental Science-Policy Platform on Biodiversity and Ecosystem Services, and it was based on literally thousands of different scientific studies. Every species that is lost brings humanity one step closer to extinction, because if there were no other plants or animals on this planet humanity would not be able to survive. We are utterly dependent on our natural environment, and that natural environment is being destroyed at a pace that is absolutely staggering. In fact, this new UN report says that up to a million species “are at risk of extinction”…

Up to 1 million of the estimated 8 million plant and animal species on Earth are at risk of extinction — many of them within decades — according to scientists and researchers who produced a sweeping U.N. report on how humanity’s burgeoning growth is putting the world’s biodiversity at perilous risk.

Once a species is gone, it is never coming back, and the damage that has already been done is hard to fathom.

Just consider these facts from the report…

If these trends continue to accelerate, the entire planet is eventually going to be transformed into a giant post-apocalyptic wasteland.

If we want to survive, we have got to change our ways. Particularly disturbing is what is happening to our forests and wetlands. The following comes from the BBC…

Between 1980 and 2000, 100 million hectares of tropical forest were lost, mainly from cattle ranching in South America and palm oil plantations in South East Asia.

Faring worse than forests are wetlands, with only 13% of those present in 1700 still in existence in the year 2000.

In the name of endless “economic growth”, we are literally transforming the face of the planet, but in the process we are greatly threatening our long-term survival.

Leading British scientist and chairman of the IPBES Robert Watson said: “The health of ecosystems on which we and all other species depend is deteriorating more rapidly than ever.

“We are eroding the very foundations of our economies, livelihoods, food security, health and quality of life worldwide.”

If we continue on the path that we are on, humanity is headed for a future filled with famine, death, destruction and immense suffering.

And this is certainly not the only study that has come to this sort of conclusion. The following is an excerpt from one of my previous articles entitled “Insect Apocalypse: The Global Food Chain Is Experiencing A Major Extinction Event And Scientists Don’t Know Why”…

Scientists are telling us that we have entered “the sixth major extinction” in the history of our planet. A brand new survey of 73 scientific reports that was just released has come to the conclusion that the total number of insects on the globe is falling by 2.5 percent per year. If we stay on this current pace, the survey warns that there might not be “any insects at all” by the year 2119. And since insects are absolutely critical to the worldwide food chain, that has extremely ominous implications for all of us.

And if nobody pollinates our food, mass famine is inevitable.

We see a similar scenario developing when we look at what is happening to our oceans. According to a team of researches in Canada, global levels of phytoplankton have dropped by about 40 percent since 1950…

The tiny organisms, known as phytoplankton, also gobble up carbon dioxide to produce half the world’s oxygen output—equaling that of trees and plants on land.

But their numbers have dwindled since the dawn of the 20th century, with unknown consequences for ocean ecosystems and the planet’s carbon cycle.

Researchers at Canada’s Dalhousie University say the global population of phytoplankton has fallen about 40 percent since 1950.

Phytoplankton is the foundation of the marine food chain, and without phytoplankton our oceans would rapidly become giant “dead zones”.

Are you starting to understand the seriousness of what we are facing?

None of us are going to have any sort of a future if we keep destroying the environment like this.

Unfortunately, this new UN report is not optimistic that humanity will be able to change…

Yet even in the new report’s most optimistic scenario, through 2050 the world’s nations would only slow the decline of biodiversity — not stop it.

“At this point,” said Jake Rice, a fisheries scientist who led an earlier report on biodiversity in the Americas, “our options are all about damage control.”

Perhaps the nations of the world will prove everyone wrong and will set aside their differences and do what is right for humanity as a whole.

But I wouldn’t count on it.

Our environment is literally collapsing right in front of our eyes, and nobody seems to have any way to stop it from happening. It is an endless nightmare that is going to get worse with each passing year, and the immediate future of this planet looks exceedingly bleak indeed.