US President Donald Trump has mocked the so-called Green New Deal initiative spearheaded by freshman Congresswoman Alexandria Ocasio-Cortez (NY-14), seeking to ‘revolutionize’ the US economy by any means necessary.

“I think it is very important for the Democrats to press forward with their Green New Deal. It would be great for the so-called ‘Carbon Footprint’ to permanently eliminate all Planes, Cars, Cows, Oil, Gas & the Military – even if no other country would do the same,” the US leader tweeted Saturday.

The billionaire businessman and a proud climate change skeptic stopped short of traditionally branding it the ‘worst deal’ ever, but he apparently believes spending trillions to fully transform and rebuild the US economy would be a waste that’d undermine America’s competitive advantage on the world stage.

Trump’s critics predictably flooded him with personal attacks, accusations of selling Americans’ future to oil corporations and arguments that the Democrats at least have some kind of a plan.

So many lies from you in one tweet! I bet the Green New Deal scares the hell out of your owner, Putin, the oil interests that own the GOP, and your murderous, terrorist friends in Saudi Arabia! Your sarcasm is yet more evidence of how great the plan truly is!

When it comes to paying for the cost of climate change and transitioning to clean energy, it makes absolute sense that the uber rich and the oil companies should pay the full cost since they are the ones who have raped and pillaged our environment for record profits.

His supporters in the meantime have been calling out the advocates of the proposal as hypocrites, who just pretend to care about climate while flying private jets, going as far as calling the Green movement ‘the new Red’. They also mocked the botched roll-out of the half-baked initiative, where the draft document published by ‘mistake’ featured some mind-boggling passages like the one offering economic security for all who are “unwilling to work.”

This one was on YOUR page before you pulled it down! We took the screenshot! Stop lying. pic.twitter.com/djANfzlHbt 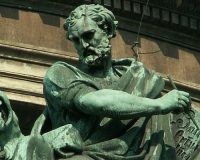 From Chicken To Champion For Christ (Intro to the Book of Mark)
December 5th, 2021 Clash Daily

Whoa! Official Data Confirms “Fully Vaccinated” Account For 9 Out Of Every 10 “COVID-19” Deaths Since August!
December 3rd, 2021 DC Clothesline
Powered by WordPress RSS Feed Plugin
PowerInbox 5×1
You Might Like