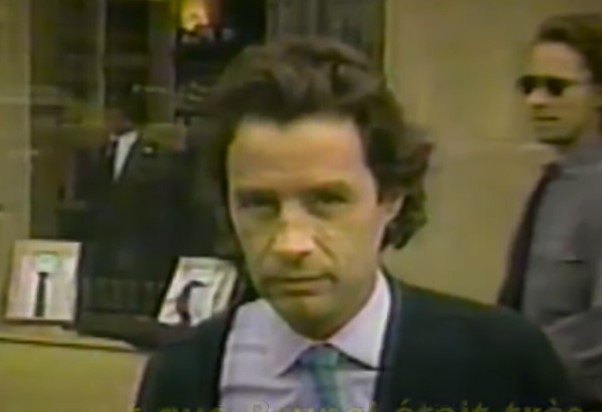 Where have we heard this before?

We live in a world where more and more people are realizing that everything the media pushes is fake in some way.

So are we to believe that Jean-Luc Brunel killed himself without video proof to back it up?

Sure that’s what they want us to believe so be a good sheeple and just go with the official story.

How long before we see a similar story about Ghislaine Maxwell?

What a strange coincidence?

According to a previous TGP report, Epstein once allegedly had three 12-year-old girls flown in from France and delivered to him as a birthday present, a former “sex slave” says in newly released court documents.

According to a former bookkeeper, several girls presented to Epstein worked for MC2, the modeling agency owned by Jean Luc Brunel, a longtime acquaintance and frequent guest of Epstein’s. Brunel received $1 million from the billionaire around the time he started the agency.

Epstein’s friend Jean-Luc Brunel had such a reputation of abusing models that 60 Minutes did a segment on him years ago.

Jeffrey Epstein’s French modelling agent friend Jean-Luc Brunel, who allegedly procured more than a thousand women and girls for the pedophile financier to sleep with, died today in an alleged prison suicide.

It comes days after Prince Andrew agreed to settle Virginia Roberts’s lawsuit accusing him of sex abuse after they met through Epstein and Ghislaine Maxwell.

Roberts accused Brunel, 74, of procuring more than a thousand women and girls for Epstein to sleep with and he was awaiting trial in France for raping minors.

His death in an alleged hanging will fuel conspiracy theories around the Epstein affair after he also died in prison while awaiting trial in what authorities say was a hanging.

However, video cameras were not running at the time he died in the cell he shared with another inmate.

Prosecutors in Paris confirmed Brunel was found hanging in his cell in La Santé, in the south of the capital city, in the early hours of Saturday morning.

‘A night patrol found his lifeless body at about 1am,’ said an investigating source. ‘A judicial enquiry has been launched, and early evidence points to suicide.’

It was in December 2020 that Brunel was indicted after two days of interviews by an examining magistrate and specialist police from an anti-paedophilia unit.

He was arrested at the city’s Charles de Gaulle airport on while trying to board a plane to Dakar, Senegal, telling detectives ‘I’m going on holiday’.

How long before people wake up and realize that it is all simply a highly organized maze of mirrors, accompanied by lots of smoke?

And you wonder why they want to make marijuana legal…

They want more and more people blinded to the real live “matrix” in wish we live.

Pass the popcorn please and be quiet, the good part is coming.

I’m starting phase two of my return to the fight folks. I sure could use your help. -Dean