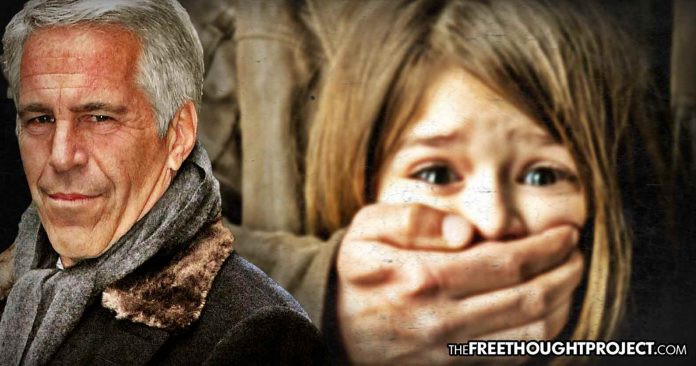 A lawsuit against convicted sex offender and billionaire Jeffrey Epstein is scheduled to begin December 4th in Palm Beach County Circuit Court. If the trial is not further delayed or a settlement is not reached the public may learn more details of Epstein’s disturbing pedophile adventures. Epstein is well known for his connections to many powerful businessmen, politicians, and royalty. Some of his friends include Prince Andrew, Duke of York, Bill Clinton, and Donald Trump.

The upcoming trial relates to an ongoing legal battle between Epstein and lawyer Bradley Edwards. In 2008, Edwards successfully sued Epstein on behalf of women who claimed he paid them to massage while he masturbated. All of the women were teenagers at the time.

Court records indicate there may have been up to 40 teenage victims. Despite these disturbing facts, Epstein was offered a non-prosecution agreement which allowed him to plead guilty to the lesser charge of soliciting a minor for prostitution and soliciting prostitution. He was ordered to pay multi-million dollar settlements to victims and sentenced to 18 months in jail, of which he only served 13.

Epstein was allowed to stay in the Palm Beach County Jail in his own private cell where he was allowed to leave the prison six days a week for “work release”. Epstein was forced to register as a sex offender for life, but with his money and his connections he doesn’t seem too bothered. He currently resides on his private island in the Virgin Islands.

Edwards has been working to convince a federal judge to reopen the investigation into Epstein, alleging that more evidence remains to be uncovered. Edwards was one of the lawyers representing the women who brought the original suit against Epstein. Following Epstein’s plea agreement Edwards filed suit against the U.S. government claiming the feds failed to involve the victims in the settlement, an obligation required by the Crime Victims’ Rights Act.

The women behind the suit state they believe Epstein’s connections helped him get his “sweetheart” prison deal. This speculation may be accurate, especially in light of recently released documents which indicate that Epstein may have cut a deal with the FBI.

Earlier this year the FBI released hundreds of new documents onto their online depository, The Vault. Some of the documents related to the case against Jeffrey Epstein. One memo from September 18, 2008 states:

Additionally, in 2015 Politico reported that court documents released through litigation appeared to show prosecutors cooperating with Epstein’s lawyers to keep the deal secret. Assistant U.S. Attorney Marie Villafaña used her personal Gmail account to suggest to one of Epstein’s lawyers that they file legal papers in a different jurisdiction as a way to “hopefully cut the press coverage significantly.”

Villafaña told Epstein’s attorney that she would “include our standard language regarding resolving all criminal liability and I will mention ‘co-conspirators,’ but I would prefer not to highlight for the judge all of the other crimes and all of the other persons that we could charge.”

Edwards and Paul Cassell filed a court document in response to the revelations, stating that “the victims’ allegations of a conspiracy between the Government and Epstein’s attorneys to conceal the existence of a broad non-prosecution agreement are not mere speculation, but appear to be well supported.”

The suspicion of improper deal-making is one of the key reasons these women and Bradley Edwards have fought for this lawsuit for the last ten years. Unfortunately, even if the suit does go forward, Jeffrey Epstein will not be attending.

Palm Beach Daily reports that attorney Jack Scarola will have to read excerpts of Epstein’s sworn statements rather than questioning him directly. Epstein previously invoked his 5th Amendment right not incriminate himself and remained silent. Epstein’s attorney Scott Link said Edwards and Scarola are trying to “show what a horrible person Mr. Epstein was” in hopes that “the jury dislikes Mr. Epstein enough to award Mr. Edwards lots of money in damages.”

Epstein has had a barrage of attorneys fighting for him in an attempt to get the lawsuit dismissed, including Harvard law professor Alan Dershowitz who has also been accused of being involved in Epstein’s sexual deviance.

The claims come from an additional alleged victim, known as Jane Doe #3 or Virginia Roberts. In January 2015, it was reported that Roberts and a Jane Doe #4 filed motions in court seeking to be added to the ongoing case fought by Bradley Edwards.

However, the claims of Roberts and Jane Doe #4 went further than the previous women. The motion claims that Epstein was running a “sexual abuse ring” where he loaned out underage girls to “prominent American politicians, powerful business executives, foreign presidents, a well-known prime minister, and other world leaders”.

The Guardian also reports that Roberts claimed the U.S. government was holding back evidence of her time as a “sex slave” for Epstein. Roberts said the FBI and federal prosecutors are part of a “major cover-up”. Although she has been largely dismissed, both in court and by the media, The Guardian notes that Roberts filed previously undisclosed receipts for a flight from New York to Thailand in September 2002 which was paid for by “J Epstein”.

Virginia Roberts claims by the age of 16 she was forced into a life of sexual servitude. She claims to have been brought into Epstein’s “inner-circle”, flying in his private jet to his ranch in New Mexico, his private island, and his mansion in New York. Roberts said she was sexually exploited and assaulted by “politicians, academicians, businessmen”. Epstein settled the lawsuit out of court by paying Roberts an undisclosed sum. Now Roberts is among the women trying to get Epstein’s non-prosecution agreement overturned.

With all the allegations of Epstein being connected to politicians, businessmen, and royalty it’s important to take a moment to highlight some of the people connected to the convicted sex offender.

In January 2015, The Daily Mail reported it had obtained a copy of Jeffrey Epstein’s address book, which contained the list of all his associates. Following the Daily Mail’s report, Gawker released a copy of the address book. The address book came from Epstein’s former house manager, Alfredo Rodriguez, who was arrested in 2009 after attempting to sell it. Rodriguez would spend 18 months in prison before he died in December. He was never able to speak out publicly about the true importance of the names.

Although it is widely reported that both the Clinton’s and Donald Trump have connections to Jeffrey Epstein, the existence of the address book has been ignored. Beyond simply appearing in Epstein’s little black book, Trump was also accused of raping a teenage girl who he met through Epstein.

Katie Johnson, also known as Jane Doe, filed three different lawsuits against Trump in 2016, claiming that she was 13 when she first met Epstein and began participating in sex parties involving older men. Johnson claimed that Trump sexually assaulted her in 1994 at one of Epstein’s parties. She was 13 at the time.

Johnson said she decided to come forward once she realized Trump was running for president. However, in November 2016, Johnson abruptly cancelled a planned press conference in which she was going to reveal her identity and instead withdrew her lawsuit after she said she had received threats on her life. Trump’s attorney claimed there did not exist any corroborative evidence to prove Johnson’s claims.

There is definitely more to this story than what has been released to the public. The evidence points to Epstein using his connections to get out of prison time. He is simply too connected to powerful people to be brought down. And if the allegations are true that Epstein secretly recorded the sex parties he may have plenty of dirt on many of the world’s most powerful people. Hopefully, this December the people of the world will learn the truth and perhaps Epstein’s victims can rest a little easier knowing the truth is out.