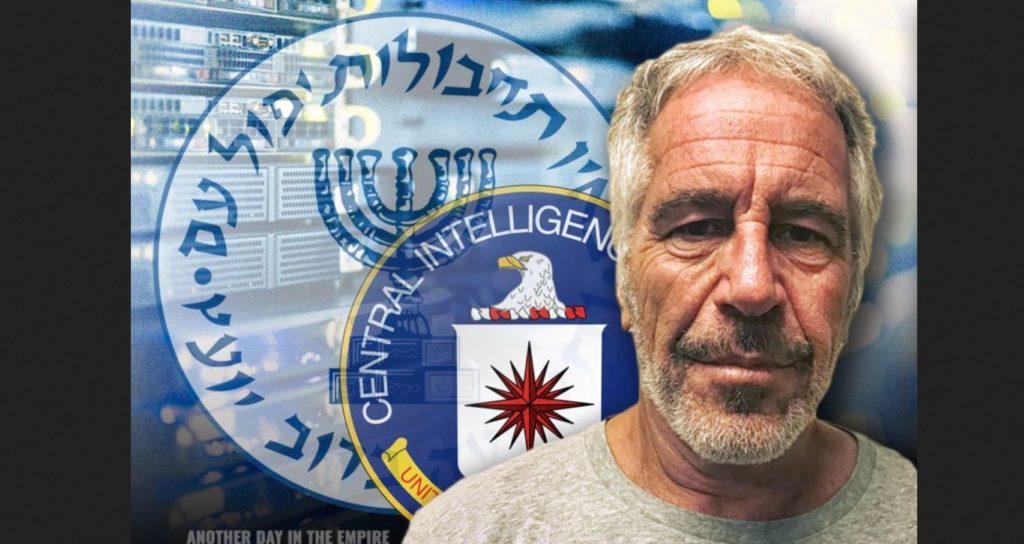 The arrest of Jeffrey Epstein on July 6, 2019 triggered a renewed interest in the dark networks of sex trafficking, blackmail, espionage, satanism, and pedophilia that infest the halls of Big Corporations, banks, and government. Epstein’s alleged suicide on August 10 virtually united the world in the knowledge that there was much more to the story than the general public was being told. Still, as major revelations keep coming from incidents and individuals surrounding the Epstein case, mainstream media is incredibly quiet about important evidence and implications.

As a result, I have chosen not to attempt an exhaustive article of my own, but rather to put together a series of articles and videos that are either written/recorded by highly skilled journalists and researchers as well as those in MSM that may be of interest or assistance in pointing toward the deeper implications of the Epstein case.

Below are a number of links that pertain to the Epstein case and the wider conspiracy. Occasionally, I may update this page with new links.

Possibly the most succinct summary of the Epstein saga available on the internet:

David Icke not only breaks down the Epstein scandal, he demonstrates the wider implications:

Isaac Kappy died within hours of posting this video, his car veering into oncoming traffic in what was ruled a suicide. In the weeks and months prior to his death, Kappy exposed a number of pedophiles and pedophile networks in Hollywood, including Epstein:

Yes, it’s a weird video but worth a watch:

Whitney Webb has been leading the charge in exposing the Epstein scandal as well as its wider implications:

Did Bill Barr Call His Shot? Unanswered Questions About FBI’s Foreknowledge Of The El Paso Shooting — Whitney Webb; Not directly related to Epstein but worth looking at for background.

Mega Group, Maxwells And Mossad: The Spy Story At The Heart Of The Jeffrey Epstein Scandal – Whitney Webb; The picture painted by the evidence is not a direct Epstein tie to a single intelligence agency but a web linking key members of the Mega group, politicians, and officials in both the US and Israel, and an organized-crime network with deep business and intelligence ties in both nations

Jeffrey Epstein, Trump’s Mentor and the Dark Secrets Of the Reagan Era – Whitney Webb; Appalling for both the villainous abuse of children itself and the chilling implications of government by blackmail, this tangled web of unsavory alliances casts a lurid light on the political history of the US from the Prohibition Era right up through the Age of Trump.

Hidden In Plain Sight: The Shocking Origins Of The Jeffrey Epstein Case – Whitney Webb; Epstein is only the latest incarnation of a much older, more extensive and sophisticated operation that offers a frightening window into how deeply tied the US government is to the modern-day equivalents to organized crime.

From “Spook Air To The “Lolita Express:” The Genesis And Evolution Of The Jeffrey Epstein– Bill Clinton Relationship – Whitney Webb; Far from being the work of a single political party, intelligence agency or country, the power structure revealed by the network connected to Epstein is nothing less than a criminal enterprise that is willing to use and abuse children in the pursuit of ever more power, wealth and control

Derrick Broze on Jeffrey Epstein and The Finders: Corbett Report

MET ‘NO’ TO ANDY SEX QUIZ Probe into claims that girl, 17, was trafficked by Jeffrey Epstein to sleep with Prince Andrew were ‘axed’ by police

Jeffrey Epstein Pitched His Own Narrative and Mainstream Media Published It
“Epstein Did Not Act Alone”: Prosecutors Target Co-Conspirators in Court Hearing

The Prince and the Pedophile: Charles’ Connections To Pedophilia Networks – Brandon Turbeville

This article was sourced from BrandonTurbeville.com

Brandon Turbeville writes for Activist Post – article archive here – He is the author of seven books, Codex Alimentarius — The End of Health Freedom, 7 Real Conspiracies, Five Sense Solutions and Dispatches From a Dissident, volume 1 and volume 2, The Road to Damascus: The Anglo-American Assault on Syria, The Difference it Makes: 36 Reasons Why Hillary Clinton Should Never Be President, and Resisting The Empire: The Plan To Destroy Syria And How The Future Of The World Depends On The Outcome. Turbeville has published over 1500 articles on a wide variety of subjects including health, economics, government corruption, civil liberties and, most notably, geopolitics and the Syrian crisis. His most recent release is a book of poetry, Dance, Amputee. Brandon Turbeville’s radio show Truth on The Tracks can be found at UCYTV. His website is BrandonTurbeville.com. He is available for radio and TV interviews. Please contact activistpost (at) gmail.com. He is from Columbia, SC.

This article may be freely shared in part or in full with author attribution and source link.

Image credit: Another Day in the Empire