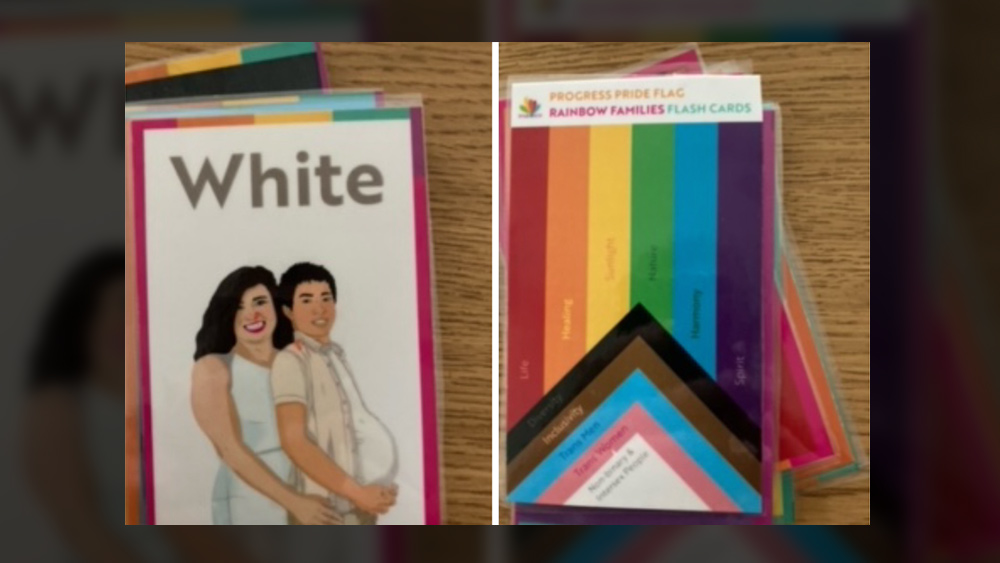 (Natural News) For the first time, the U.S. Centers for Disease Control and Prevention (CDC) is taking an “inclusive” approach to its annual flu shot push, urging “pregnant people” as opposed to “pregnant women” to avoid getting an influenza vaccine.

The word “women” was also removed from the CDC’s monkeypox advice, suggesting the federal agency is pivoting away from biology – despite being a public health agency – and straight into far-left wokeness.

According to reports, the CDC quietly scrubbed the word “women” from its official flu shot guidance, along with all other gender-specific terms such as “she,” “her,” and “mother.” In essence, anything that refers specifically to females is no longer present in the CDC’s official literature.

Now, there are a whole lot of “gender-neutral” words and pronouns in their place as women get systematically erased from government materials. (Related: Remember when the transgender mafia demanded reparations for their “suffering” as they compared themselves to actual slaves?)

None of this is surprising when considering the perverse nature of the Biden regime, which is now fully stocked with all kinds of LGBT perverts, including cross-dressing men and trannies.

Biden and the people surrounding him are arguably even worse than what we saw during the Barack Hussein Obama years, which were already bad enough. Now, the Obama 2.0 regime is even worse in its quest to erase human biology.

The Association of American Physicians and Surgeons (AAPS) blasted the CDC for these latest changes, stating that there is “no logical scientific reason” for making these change, which are “clearly a political move.”

The CDC’s de-sexed agenda aims to erase male and female from the annals of everyday life. It also comes with plans to turn everyone into a genderless Baphomet image that is neither male nor female (or male and female in the same form).

It is perversion on steroids, and it is being mainstreamed with each passing day as America descends into a wicked shell of its former self.

What is also interesting about the CDC’s new verbiage changes is that they cast more confusion on an already precarious situation as pregnant women – meaning real women – are more likely than others to be hospitalized if they catch the flu.

If the CDC truly cared about public health, its guidance would clearly state the risks for actual men and actual women. Instead, the agency is playing far-left politics and muddying the waters with nonsensical talk about “pregnant people” and other such lunacy.

When it comes to issues of health, people need to know exactly what is true about their biological sex. They cannot be told that “some men can get pregnant,” or that “some women can develop testicular cancer,” which are among the other types of perverse language being mainstreamed.

If biology goes out the window, then so will public health. And that seems to be the direction the CDC is taking as it panders to the woke mob of LGBT lunatics who believe that there is no such thing as “male” or “female,” and that society should scrap these terms entirely.

“If you don’t have a uterus and you don’t have ovaries then you can’t be pregnant,” says Dr. Jane Orient, executive director of the AAPS. “There is a medical risk in misrepresenting in a physiological situation.”

“A person who claims to be a man but has female organs needs to have those parts of their body treated appropriately. Just as a women [claiming] to be a man does not have a prostate, a man pretending to be a woman does have a prostate.”

More of the latest news about the transgender delusion spreading across the West can be found at Transhumanism.news.