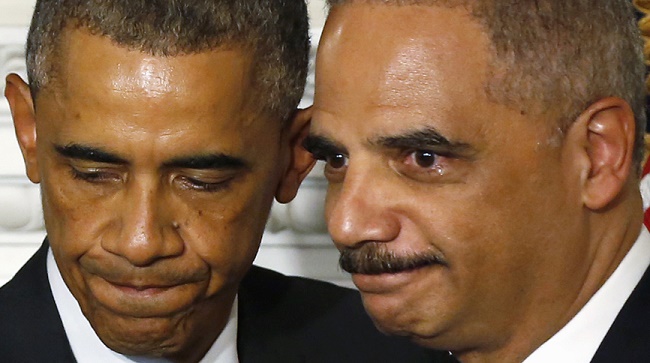 “Coronavirus gives us an opportunity to revamp our electoral system so that it permanently becomes more inclusive and becomes easier for the American people to access,” Holder told Time magazine.

Calling for a “sea change” in voting procedures and systems, Holder said he would allow Americans to vote from home using prepaid mail-in ballots and unlimited absentee voting.

He did not, however, address concerns critics of such systems have regarding the potential for vote fraud. He did, however, note that any changes in the voting process brought about by the pandemic should be permanent.

“It would be foolhardy to take these pro-democracy measures off the table after we get on the other side of the virus,” he said. “These are changes that we should make permanent because it will enhance our democracy.”

A number of other Democrats are also pushing for the change, but Republicans say it is ripe for vote fraud, especially in states where voter registration rolls are out of date and do not reflect current residents.

Government Accountability Insititute (GAI) research director Eric Eggers, author of Fraud: How the Left Plans to Steal the Next Election, said according to his research, a national mail-in voting system would create 24 million fraudulent votes.

“The concern I have if we’re trying to mandate national mail-in elections — which by the way was part of the language that Nancy Pelosi and House Democrats inserted in the first version of the most recent stimulus package — would be that we have such massive problems with voter rolls in this country,” Eggers told Breitbart Radio on SiriusXM.

“So, now are we going to be mailing ballots to people that authentically don’t exist and or are ineligible voters?”

The concerns are real. On Wednesday, GOP Rep. Thomas Massie of Kentucky tweeted that a friend informed him that his deceased father received a coronavirus stimulus check of $1,200.