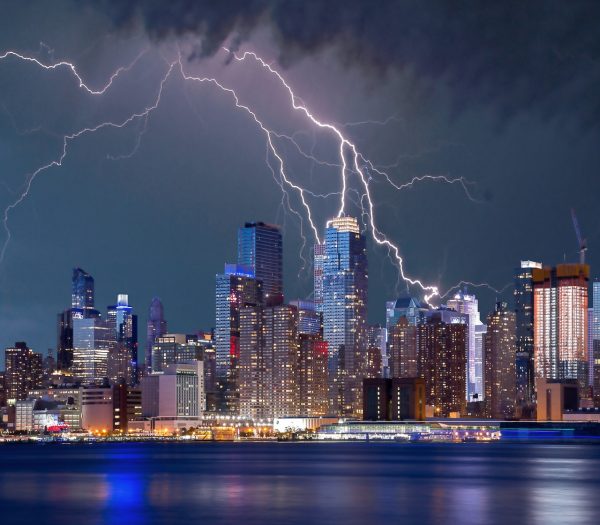 Hundreds of thousands of wealthy residents have already left New York City, and more are leaving every day as America’s biggest city rapidly degenerates into a hellhole. This is incredibly sad to watch, because in many ways New York had been an incredible success story over the past several decades. The 1970s and 1980s were nightmarish times for the city, but over the past several decades it was transformed into a virtual paradise for the wealthy and famous. Crime rates absolutely plummeted, the city was given a dramatic facelift and a booming financial community brought an unprecedented amount of wealth into New York. But now many of the old problems are starting to come back again, and a lot of wealthy New Yorkers have decided that it is time to look for greener pastures.

Of course the COVID-19 pandemic has been the primary motivation for a lot of the wealthy individuals that have been fleeing the city. According to the New York Times, there was a mass exodus of 420,000 New Yorkers between March 1st and May 1st…

Roughly 5 percent of residents — or about 420,000 people — left the city between March 1 and May 1. In the city’s very wealthiest blocks, in neighborhoods like the Upper East Side, the West Village, SoHo and Brooklyn Heights, residential population decreased by 40 percent or more, while the rest of the city saw comparably modest changes.

Can you imagine 40 percent of your neighborhood leaving in just two months?

Wealthy people can often pick up and move a lot more easily than the rest of us, because many of them are not tied to traditional jobs and a lot of them already own second homes. And it is definitely understandable that a lot of them would have wanted to leave during the peak of the pandemic in the New York area, but now that infection rates are a lot lower they still aren’t coming back and this has become a hot political issue for New York politicians.

A single percent of New York’s population pays half of the state’s taxes, he said, “and they’re the most mobile people on the globe.”

“I literally talk to people all day long, who are now in their Hamptons house, who also lived here, or in their Hudson Valley house or in their Connecticut weekend house,” Cuomo continued. “They’re not coming back right now. And you know what else they’re thinking, if I stay there, they pay a lower income tax because they don’t pay the New York City surcharge. So, that would be a bad place if we had to go there.”

But New York City Mayor Bill de Blasio is taking a completely different tone. At this point, he doesn’t seem to care whether the wealthy come back or not…

Mayor de Blasio couldn’t care less if wealthy people leave the city for good because of the coronavirus pandemic, telling reporters on Friday that he won’t bend over backward for the one percent to return to NYC.

In a briefing from City Hall, de Blasio for a second day in a row sneered at Gov. Cuomo’s suggestion that the Big Apple’s ballooning deficit can only be bridged if rich people who fled at the outset of the pandemic come back and start paying taxes again.

Mayor de Blasio can continue to deny reality if he wishes, but without a doubt the lack of revenue is starting to have a major impact.

The sanitation budget was cut by more than 100 million dollars, and at this point giant mountains of trash are starting to pile up around the city…

Dead rats have been found among the waste and raccoons have been spotted climbing out of garbage cans.

At one time such scenes would have been unthinkable in New York City, but now they have become a daily reality.

Meanwhile, crime rates are absolutely skyrocketing. In fact, the number of shootings in the city during the month of July was up 177 percent compared to the same month a year ago…

Murders in July rose 59% compared to last year with 54 in 2020 versus 34 a year ago. Burglaries were up 31% percent year-over-year. Police said 309 more auto thefts were reported for the month compared to a year earlier.

This explosion of criminal activity is being called a “crime wave”, and even the wealthiest neighborhoods are being hit hard…

Manhattan’s Upper East Side has seen 27 robberies over the past four weeks – a 286 percent increase when compared to the same period last year, according to the NYPD.

Some of the wealthiest people on the entire planet call the Upper East Side home, and they paid a lot of money for their homes so that they would be insulated from this sort of thing.

But now even their neighborhoods aren’t safe.

Over on the Upper West Side, a different sort of problem is making headlines…

Hundreds of homeless people who have been put up in luxury hotels on Manhattan’s Upper West Side by the city as part of its efforts to prevent COVID-19 outbreaks in shelters are terrifying residents by urinating, sleeping and taking drugs in the streets.

In July, it emerged that 139 of the city’s iconic hotels – which had been forced closed for months – had agreed to take in homeless people for $175 per person, per night as part of a scheme by the city to try to avoid a breakout of COVID-19 in homeless shelters.

Can you imagine paying millions of dollars for your home and seeing homeless people urinate and take drugs right on the sidewalk in front of your building on a regular basis?

Even worse, it has been revealed that quite a few of the individuals that are being housed in these luxury hotels are registered sex offenders…

Of greatest concern for parents are the sex offenders — 10 are living at the Belleclaire as of Thursday, the state sex offender registry said. That’s just one block from PS 87’s playground.

And of those ten, there are four that actually victimized children…

This is what life is like for the wealthy in New York City in 2020.

No wonder so many of them have left and have no plans to come back.

Sadly, similar things are happening in major cities all over the nation, and what we have witnessed so far is just the beginning.

I certainly don’t blame anyone for wanting to leave New York. If I was living there, I would want to leave too.

All over America, major cities that are being run by Democrats are being transformed into hellholes, but most of those Democrats just keep winning elections over and over again.

When will we ever learn?