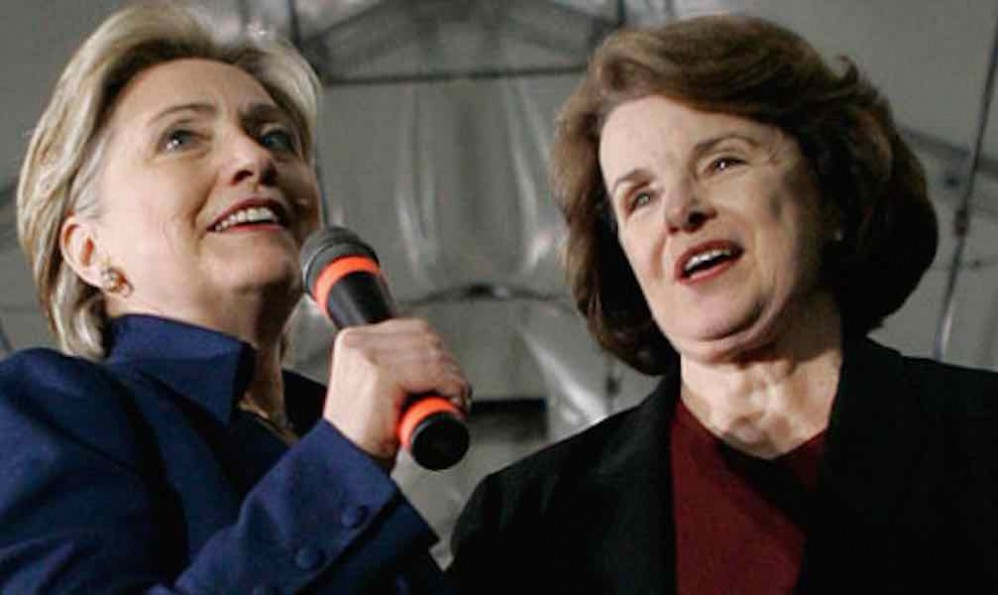 Buried in the story was this little morsel: U.S. Sen Dianne Feinstein, D-Calif., long a member of the Senate Intelligence Committee whose district encompasses San Francisco and the surrounding technology centers, had a Chinese spy working for her for years.

The National Sentinel noted that further details followed Politico’s report, though they weren’t widely reported at the time. The site noted that the spy was Feinstein’s driver and that, according to investigative reporter Paul Sperry, the spy remained in Feinstein’s circle until 2013. In short, she “was an easy mark for China’s spy,” Sperry said because she was also lobbied heavily on behalf of Chinese interests.

Then this week, a report from The Daily Caller claimed that U.S. intelligence became aware that one-time-Secretary of State Hillary Clinton’s homebrew, unsecured, private email server was not only hacked by China, but Beijing’s cyber spies placed malicious code within the server to give them real-time access to Clinton’s emails. When she saw them, the Chinese spies saw them; when she sent emails and email replies, the Chinese saw those, too.

China’s Clinton operation was managed out of a China-linked business near Washington, D.C., and all information was summarily sent back to Beijing. Without her knowledge – and because she felt too entitled to follow standard rules of government record-keeping and transparency – China essentially got a classified American intelligence briefing every single day.

This is potentially the biggest scandal ever

The Chinese wrote code that was embedded in the server, which was kept in Clinton’s residence in upstate New York. The code generated an instant “courtesy copy” for nearly all of her emails and forwarded them to the Chinese company, according to the sources.

At this point, it’s entirely reasonable to believe the Chinese government thinks American leaders are too gullible, too self-serving, and too stupid to protect our country.

In May 2017, The New York Times published a legitimate bombshell: The Chinese government somehow uncovered the CIA’s network of spies and summarily killed most of them, while jailing a few others. In all, 18-20 CIA-linked spies were found, “crippling” the agency’s China operations:

Current and former American officials described the intelligence breach as one of the worst in decades. It set off a scramble in Washington’s intelligence and law enforcement agencies to contain the fallout, but investigators were bitterly divided over the cause. Some were convinced that a mole within the C.I.A. had betrayed the United States. Others believed that the Chinese had hacked the covert system the C.I.A. used to communicate with its foreign sources. Years later, that debate remains unresolved.

How did the Chinese figure it out? Was there really a “mole” inside the agency, or were a couple of self-centered, irresponsible Democrats responsible for it – Clinton or Feinstein?

Given what we now know about Feinstein’s spy and Hillary’s home-brew unprotected server, it is not beyond reason that one could conclude either of these women are responsible for giving China’s spies the opportunity to hurt America with such an egregious breach of national security.

If it turns out that one of them is responsible, there should be immediate charges filed, no questions asked.

Recently POTUS Trump was called a “traitor” by former CIA Director John Brennan. It seems the acts of treason may well have come from a party he supports.

Read more about these acts of treason at Treason.news.