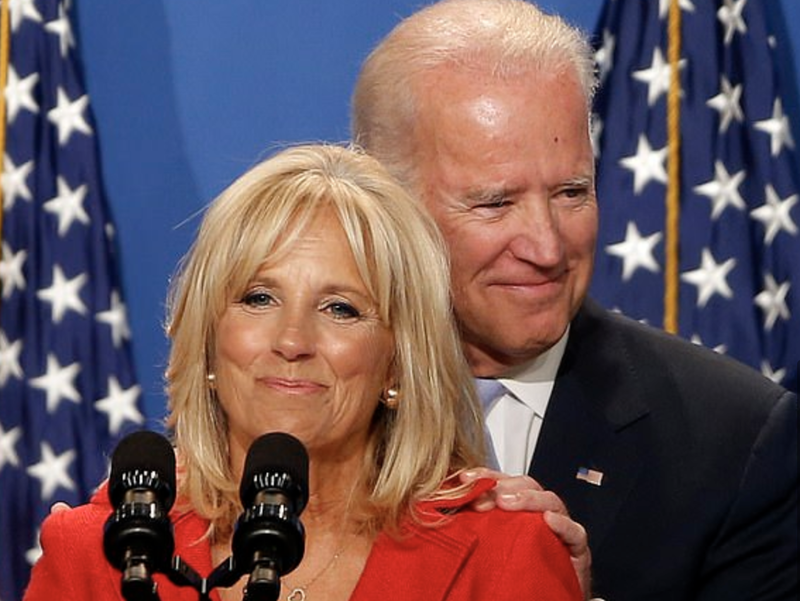 (ZH) Even Joe Biden’s wife found her husband’s tendency to be overly physical to be strange and off-putting when they first met.

According to an excerpt from the former second lady’s upcoming autobiography published in the Daily Mail,when the couple first met, “He was always holding my hand, putting his arm around me, brushing the hair from my face.” She added that Joe and his “handsy” family made her feel “strange and uncomfortable” at first. As an admitted introvert, she “sometimes found all that affection draining,”

But she said she soon came to understand that it was the death of Biden’s first wife Neilia and their baby daughter Naomi that made Biden and his family realize “how precious every second could be,” which was displayed by “constantly touching” and “being connected to each other.”

But Jill said this “tactile” sensibility helped make Biden the politician that he is.

“He connects with people so easily and he never hesitates when a stranger wants to tell him something personal or give him a hug,” she said.

Case in point: She went on her first date with Biden after he cold called her. “How did you get this number?” were the first words she remembers speaking to him back in 1975, when he was a young Senator from the State of Delaware. Joe told her that he got her number from his brother, Frank.

When she told him she had a date already planned the night, Biden asked her to cancel it; she did, and they went out for the next three nights.

Of course, the eight women who have accused Biden of inappropriately groping them probably wouldn’t see this as an excuse. Not that Biden cares: He infamously refused to apologize for his behavior, though he did promise to be more mindful of other people’s feelings.

Since one of Biden’s accusers blasted him over his non-apology, maybe getting the “you just don’t understand” talk from his wife would be more effective.