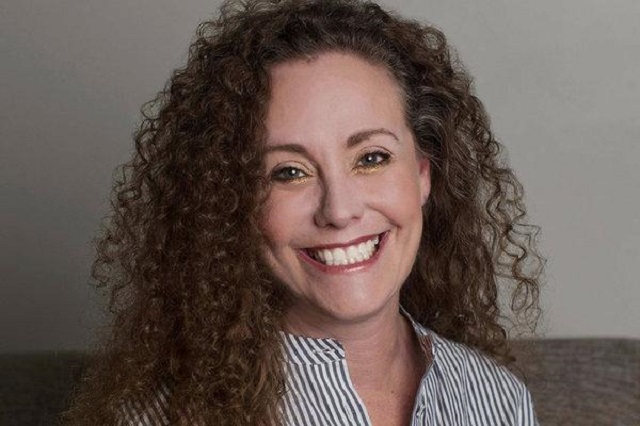 Julie Swetnick, the latest Brett Kavanaugh accuser from Michael Avenatti, is “not credible at all” according to her Democrat ex-boyfriend.

Swetnick story released Wednesday is that she, as a grown adult, attended “well over ten parties” with juveniles in the early 1980s and witnessed the minors drugging young girls and committing gang rape after gang rape.

For some reason, Swetnick did not report this to the police — nor stop going to the parties — and claims she too was eventually drugged and “gang raped” and had a “train” run on her while Brett Kavanaugh and his friend Mark Judge “were present.”

Below is my correspondence to Mr. Davis of moments ago, together with a sworn declaration from my client. We demand an immediate FBI investigation into the allegations. Under no circumstances should Brett Kavanaugh be confirmed absent a full and complete investigation. pic.twitter.com/QHbHBbbfbE

Kavanaugh responded with a statement saying: “This is ridiculous and from the Twilight Zone. I don’t know who this is and this never happened.”

Julie Swetnick, the woman who accused Supreme Court nominee Brett Kavanaugh and a friend of attending house parties where women — including herself — were sexually assaulted, had a restraining order filed against her years later in Miami by her former boyfriend.

A Miami-Dade County court docket shows a petition for injunction against Swetnick was filed March 1, 2001, by her former boyfriend, Richard Vinneccy, who told POLITICO Wednesday the two had dated for four years before they broke up.

Thirteen days later, the case was dismissed, not long after an affidavit of non-ability to advance fees was filed.

According to Vinneccy, Swetnick threatened him after they broke up and even after he got married to his current wife and had a child.

“Right after I broke up with her, she was threatening my family, threatening my wife and threatening to do harm to my baby at that time,” Vinneccy said in a telephone interview with POLITICO. “I know a lot about her.”

According to Politico, Avenatti said late Wednesday that “he knew nothing of a restraining order” but nonetheless said Vinneccy’s statements were “complete nonsense.”

Reached late Wednesday, Avenatti said he knew nothing of a restraining order and called the line of inquiry irrelevant.

“Complete nonsense. No truth to this at all. Her ex-boyfriend fraudulently used her resume to apply for and obtain jobs and was caught by her,” said Avenatti. “Why are you all attacking a sexual assault victim? Would that be appropriate in a court of law?”

[…]Vinneccy, 63, is a registered Democrat, according to Miami-Dade County voting records.

[…]Vinneccy made clear that he did not believe her story.

“I have a lot of facts, evidence, that what she’s saying is not true at all,” he said. “I would rather speak to my attorney first before saying more.”

Avenatti said called the reporting “outrageous” and accused the press of “digging into the past” of a woman who stepped forward and is willing to testify under oath.

“I am disgusted by the fact that the press is attacking a sexual assault victim,” Avenatti said.

When asked if the allegation of a restraining order were true, Avenatti said: “I don’t know one way or another,” adding he would research it further.

It’s becoming abundantly clear this is nothing more than a witch hunt. Also, Michael Avenatti is not a good lawyer.