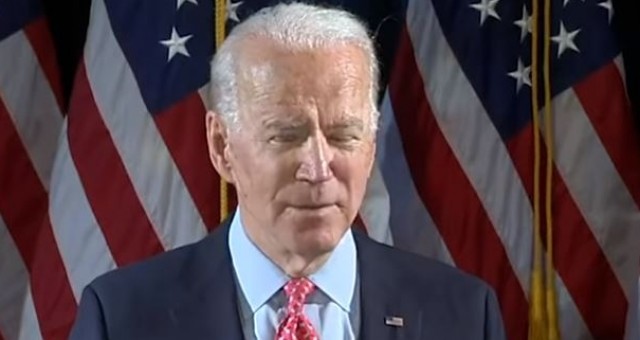 A former Clinton adviser is calling on former Vice President Biden to drop out of the Presidential race over new developments in the sexual assault allegation against him.

Peter Dauo, a political activist and one-time fierce Hillary Clinton backer who worked for Clinton during her first presidential bid and was a prominent defender of her in the 2016 cycle, took to Twitter Saturday morning to say “Biden should withdraw.”

“DIFFICULT THREAD — #BIDEN SHOULD WITHDRAW 1. I respect the will of the voters. 2. But new information has emerged supporting #TaraReade‘s account of being sexually assaulted by #JoeBiden. 3. Credible rape accusations are disqualifying or we have NO moral standards.”

1. I respect the will of the voters.

2. But new information has emerged supporting #TaraReade's account of being sexually assaulted by #JoeBiden.

3. Credible rape accusations are disqualifying or we have NO moral standards.

“Credible rape accusations are disqualifying or we have NO moral standards,” Daou wrote.

While Daou was a major Clinton booster in 2016, he shifted this cycle to back one-time Clinton opponent, Bernie Sanders.

Dauo called for Democrats to take the principled stance and not to run a candidate accused of assault against President Trump who has faced numerous sexual assault allegations.

“We lose ALL moral authority if we embrace ‘the lesser of two accused rapists,’” Dauo tweeted.

Aides to Sanders are expressing their anger about the latest development — after video emerged from 1993 in which the accuser’s mother appears to allude to her accusation on CNN.

As we reported this morning, a resurfaced clip of “Larry King Live” from 1993 appears to include the mother of Tara Reade — who has accused Joe Biden of past sexual assault while in the Senate — alluding to “problems” her daughter faced while working as a staffer for Biden.

The Biden campaign Friday referred Fox News to a statement earlier this month from Biden Deputy Campaign Manager Kate Bedingfield that said: “What is clear about this claim: it is untrue. This absolutely did not happen.”

“Vice President Biden has dedicated his public life to changing the culture and the laws around violence against women,” Bedingfield said. “He authored and fought for the passage and reauthorization of the landmark Violence Against Women Act. He firmly believes that women have a right to be heard – and heard respectfully. Such claims should also be diligently reviewed by an independent press.”

Steve Straub at The Federalist Papers has more:

He was always a very weak candidate who is in obvious mental decline, so now Democrats have the chance to replace him with the candidate of the establishments choice.

Joe does not have enough delegates at this point to claim the nomination so a brokered back room deal is almost certain at this point.

There does not seem to be a way for Joe to wiggle out of this.

If the Democrats and their puppet media do not make a big deal of this evidence that Tara Reade is telling the truth you can be assured the Trump campaign and the GOP will.