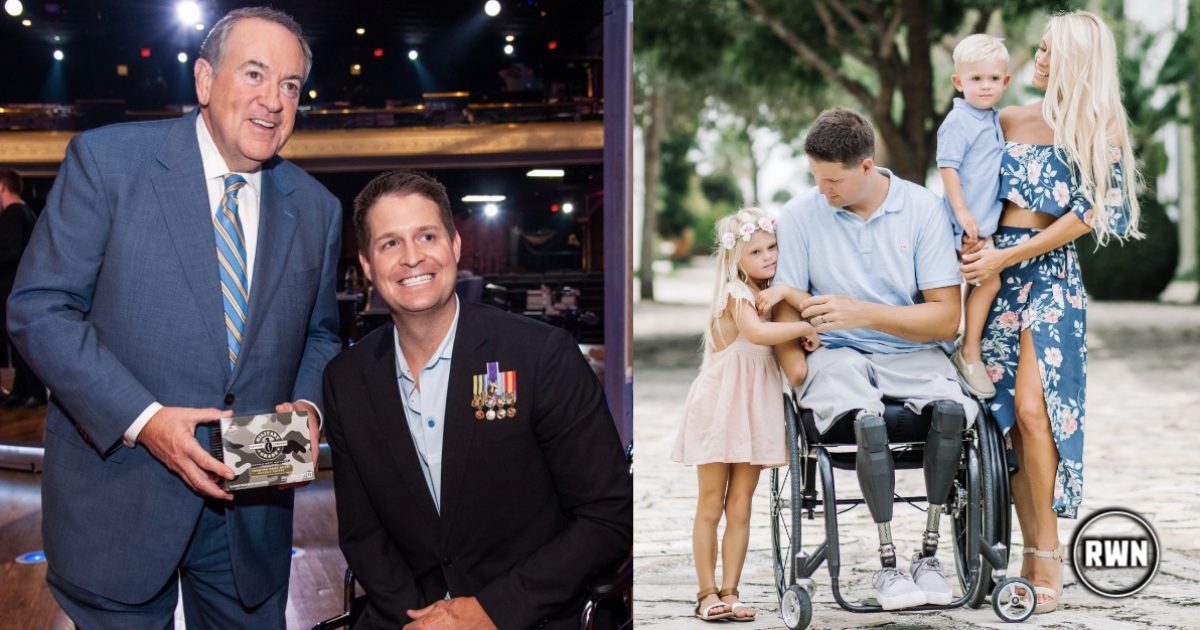 Senior Airman Brian Kolfage lost both legs and most of one arm fighting for our country and defending our rights in Iraq. He put his life on the line for our freedom that’s since been stolen from him, along with his livelihood from Facebook.

Kolfage had an audience on Facebook of approximately 10 million fans and owns the conservative news site Right Wing News that went along with his social network. Right Wing News has been in business for approximately 17 years, without issue, and was even awarded with the coveted “blue check” verification of authenticity on Facebook. However, his audience he had built and paid at least $300,000 for in Facebook ads, was gone within a couple of minutes.

On Thursday, October 11, the social media giant “purged” nearly 600 pages and approximately 200 personal accounts associated with those pages, one month before the critical midterm elections. Kolfage’s impressive audience was the majority of the monopoly’s melee for a single business on the platform.

Facebook didn’t stop with silencing his voice, eliminating income for him and all of his employees, and taking his money and running without saying a word. The platform also took his non-political page, Military Grade Coffee, and all 200,000+ customers with it, for no reason other than being owned by Kolfage. This was a direct hit on his primary income that could be hard for him to recover from after being the most injured hero in the Air Force to survive.

Brian was reached out to by many major media people and stations, including Fox News’ Laura Ingraham, Fox And Friends, Mike Huckabee, Breitbart, and even Donald Trump Jr. He was broadcasted on all platforms and even went to President Trump’s mega Houston, TX rally this week.

Suffering the loss of his legs and an arm, then his businesses, Facebook added still wasn’t done destroying him. Ashley Kolfage doesn’t participate on the platform in politics, yet her personal profile she’s had for at least eight years was removed from Facebook this week. She’s done nothing against Facebook’s vague “Community Standards.” Yet her personal profile used to stay in touch with family and friends, share pictures of her children, as well as the incredible charitable foundations she and Brian are involved in was gone without notice.

Although she was able to reinstate her profile, it was only 24 hours or so later when Brian, not Ashley, was sent a threatening message from Facebook’s Global Politics and Government Outreach Director, Katie Harbath, today. Harbath, who is responsible for leading the charge against conservative speech on Facebook that’s specifically, and maliciously, targeted Brian.

Harbath’s email on Thursday, October 24 to Brian And his wife about his wife’s personal Facebook account was nothing short of insulting. Kolfage had a close working relationship with Harbath for years, as his point person for anything regarding Facebook business with political matter.

In the last several months, Harbath stopped responding to normal questions Kolfage sent her. With the ever evolving rules and regulations on Facebook, that are non-specific, Kolfage wanted to ensure he was operating within the platform’s expectations. He asked for feedback regarding improvements if necessary and if there were any changes needed for the new set of rules. With no response, Kolfage asked if a phone call would be more convenient. A week later, he was scheduled for a conference call with Katie Harbath, to take place a week from then, a Facebook group titled “Victory Is Mine.”

That call was canceled shortly before it was scheduled to take place. No reason given and he never heard from Katie about it since. A few days later, Brian’s audience was removed without warning or reason from Facebook, including his non-political coffee business page.

Even after this massive blow to his business and income, there was sill communication from Facebook despite repeated attempts. That is, until today, October 24, 2018, when Harbath reached out for the first time…not about the takedown, but about Kolfage’s wife’s personal account that she claimed was “misrepresenting,” the same vague reason for removing Kolfage’s business pages.

Only after being clobbered in the media did Facebook decide to reach out and retaliate against Kolfage, this time going after his wife. Two days before the email Facebook pulled the plug on her personal account to send her a message; it’s nothing short of strong arm extortion. Her personal account is only used to share family photos of their kids, and now Katie Harbath sitting in her War Room is waging war against a triple amputees wife.

We wanted to reach out about a Facebook profile that is using both your name and your wife’s. This is against our Community Standards — people can’t misrepresent their identity by, “sharing an account with any other person”— and additionally, as you know, you can’t have a profile on Facebook based on your previous behavior.

Ashley can have a Facebook account, though, so before taking this profile down for violating our policies we wanted to give her an opportunity to fix the issue. If she removes your name from the profile and doesn’t commit other policy violations, she can keep the account and continue to administer the Brian Kolfage page. If this hasn’t happened by Saturday (10/27) at 5pm ET, we will go ahead and remove it. Removing it would also cause the Brian Kolfage page, that this account administers, to come down for violating our policies.

Brian Kolfage does not share an account with his wife and he was never told why his personal account was removed with his pages as all were completely clean and in compliance. He begged for that response from Harbath and never got it. Now, she’s threatening to take his wife’s on the same vague terms, still not answering the bigger question.

Facebook doesn’t want Brian giving updates and having a voice on Facebook, they have completely lied and fed people misinformation about what’s really going on.

Additionally, Ashley has Brian on her profile as her husband in the description which ready “Brian and Ashley Kolfage.” That doesn’t mean she’s sharing an account with him, it merely states they’re a couple. The profile name is solely her own.

Facebook seems to be stalking this triple amputee/Purple Heart recipient along with those associated with him. We must ask the question “Why?!” Who’s really dangerous to democracy? Kolfage who fought for the First Amendment, lost three limbs for that right to free speech that’s now taken from him, or Facebook who wants to control a narrative right before the midterm elections?

I’ll take the opinion of a hero who knows what’s at risk, what’s worth signing your life away for at 18-years-old, over millennials in cubicles without a clue or concern for what our forefathers wrote in the Constitution that made America the best country on earth and why brave men and women fight to the death to preserve it.

WATCH THIS VIDEO!! This is exactly why Facebook fears Brian’s message. He is going to expose them and they will be hauled into court!