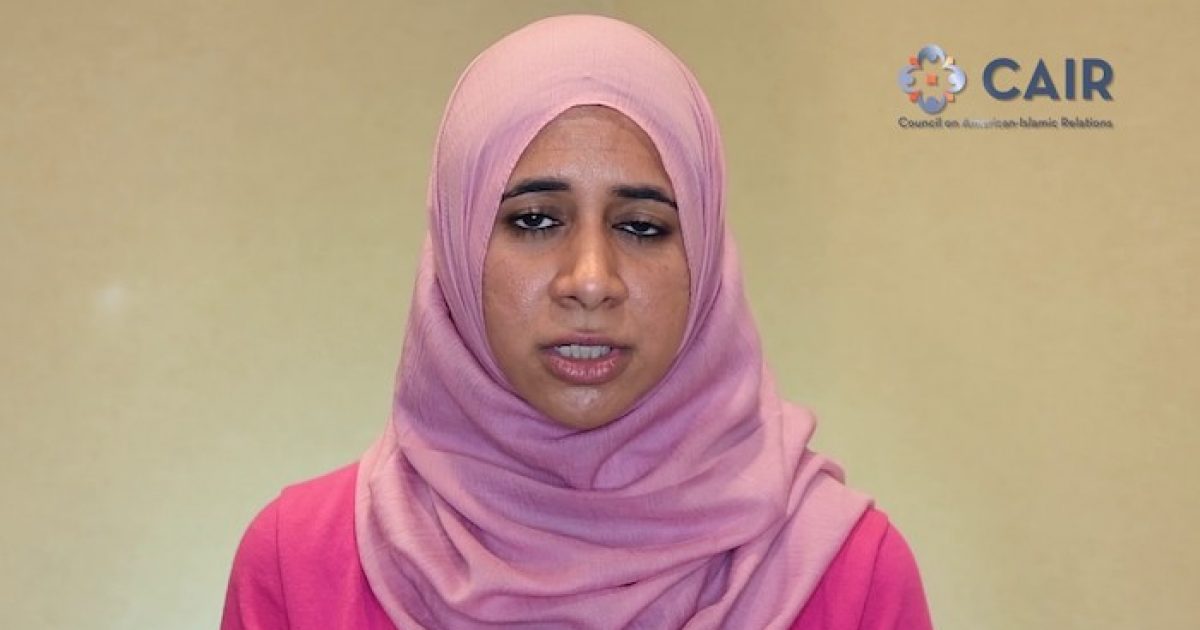 This doesn’t come as any surprise given the eagerness of both Facebook and Twitter to be Sharia-compliant. Facebook’s Vice President Joel Kaplan traveled to Pakistan in July 2017 to assure the Pakistani government that it would remove “anti-Islam” material. And Facebook has done so assiduously, banning numerous foes of jihad terror and twice now blocking the Jihad Watch Facebook page on spurious technical grounds. And Twitter has recently been notifying people that they’re in violation of Pakistan’s blasphemy laws, which violation carries a death sentence.

But this shows how sick and degenerate the social media giants really are. CAIR has ties to Hamas, and “Billoo has expressed her support for an Islamic caliphate and Sharia law.

She also claims, in multiple tweets, that ISIS is on the same moral plane as American and Israeli soldiers, adding that ‘our troops are engaged in terrorism.’”

This pro-Sharia Islamic supremacist is deciding what is acceptable discourse and what isn’t.

It’s no wonder that the result would be platforms that are increasingly hostile to foes of jihad terror and Sharia oppression of women and others.

“Report: Facebook and Twitter consult with terror-tied CAIR over who gets banned from platforms,” by Jordan Schachtel, Conservative Review, January 8, 2019:

The Hamas-tied Council on American Islamic Relations (CAIR), which is best known as an unindicted co-conspirator in the largest terrorism financing case in U.S. history, appears to have access to high-ranking Facebook and Twitter executives and has communicated with these individuals about who should be allowed to stay on their platforms, according to a Wall Street Journal report published Tuesday.

The Wall Street Journal reports that CAIR officials “complained to Twitter” about activist Laura Loomer, citing a tweet in which she called the anti-Semitic Rep. Ilhan Omar, D-Minn., an anti-Semite and an apologist for Sharia law. Loomer was later permanently banned from Twitter.

Zahra Billoo, the executive director of CAIR’s San Francisco chapter, was quoted in the Journal piece as an individual who appears to have special access to both Twitter and Facebook.

“The council doesn’t often step in to advocate against other users, says Executive Director Zahra Billoo, but did so in the case of Ms. Loomer based on her previous comments about Muslims,” the piece explains.

Yet the Wall Street Journal fails to note that Billoo herself is a proven radical extremist. In tweets that remain publicly available, Billoo has expressed her support for an Islamic caliphate and Sharia law. She also claims, in multiple tweets, that ISIS is on the same moral plane as American and Israeli soldiers, adding that “our troops are engaged in terrorism.

Billoo is not an anomaly at CAIR. Her views reflect the mainstream consensus within the organization, which over the years has attempted to transform itself from a clandestine Hamas-funding operation to a mainstream Muslim “civil rights organization.” CAIR directors have cheered terrorist attacks, publicly declared support for terrorist groups, and engage in regular bigotry against various religions, ethnicities, women, homosexuals, and others….