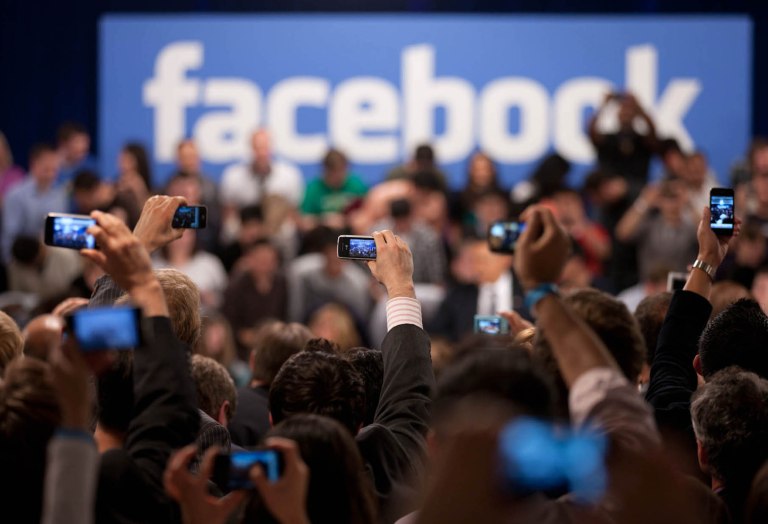 (TNS) For years, the Left has always assumed that they ‘own’ Facebook, as well as every other major social media platform, because the founders of those companies to a man and woman favor and support Democrats.

But a decision by the social media giant’s founder, Mark Zuckerberg, is already sending Leftists into orbit, which — again — tells you more about them than the Zuck.

As The Guardian reports, Zuckerberg isn’t buckling to Leftist pressure to refuse political ads because, he says, his platform really ought to be more true to its free-speech-and-expression founding:

In a candid discussion at the Silicon Slopes Tech Summit 2020 in Salt Lake City on Friday, Zuckerberg said that since his company is criticized for both what it does and does not do in terms of monitoring use of its platform, it will now support free speech “because in order to be trusted, people need to know what you stand for”.

“We’re going to stand up for free expression,” he said, apparently referring to the company’s decision to resist pressure to ban political ads because it would be too tough to determine the line between true and false content.

“It’s unfortunate that this is such a controversial thing,” Zuckerberg said, adding that critics of his stance are typically “people not at risk of being censored themselves.”

Because The Guardian is also a Leftist outlet, the news site went on to parrot the same excuse every Democrat and Left-wing pundit uses to justify excluding Republicans from the site and presidents with the last name of “Trump”:

He did acknowledge that the Cambridge Analytica data breach might have been avoided with better monitoring of how customer data was being handled, and said the company was introducing tools to combat hate speech and terrorist recruiting.

The issue of targeted political advertising, including its use in Russian interference with the 2016 US election, continues to haunt the social media giant.

To refresh, Cambridge Analytica was a British political consulting firm used by the 2016 Trump campaign to gather data from Facebook users. It was a “scandal,” but only to the Left. Business Insider reported:

Christopher Wylie, a former Cambridge Analytica employee, is known for leaking documents to journalists that showed how Cambridge Analytica harvest the data of millions of Facebook users without their consent, using it to inform targeted political advertising.

Wylie, a leaker, wrote a book about it called “Mindf*ck: Cambridge Analytica and the Plot to Break America,” in which he allegedly details more about the firm’s operations.

Maybe, but then it was scandalous for the 2012 Obama campaign do to the same thing, right? Investors Business Daily explains:

According to various news accounts, a professor at Cambridge University built a Facebook app around 2014 that involved a personality quiz. About 270,000 users of the app agreed to share some of their Facebook information, as well as data from people on their friends list. As a result, tens of millions ended up part of this data-mining operation.

Consulting firm Cambridge Analytica, which paid for the research, later worked with the Trump campaign to help them target advertising campaigns on Facebook, using the data they’d gathered on users.

But while the Trump campaign used Cambridge Analytica during the primaries, it didn’t use the information during the general election campaign, relying instead on voter data provided by the Republican National Committee, according to CBS News. …

Since this involves the Trump campaign, the news accounts have been suffused with dark conspiratorial tones. The Times article talks about how Trump consultants “exploited” Facebook data, and quotes a source calling it a “scam.” It has been widely described as a massive data breach.

At the time, Facebook had been promoting itself to political campaigns as a way to reach more voters, IBD continued:

In 2012, the Obama campaign encouraged supporters to download an Obama 2012 Facebook app that, when activated, let the campaign collect Facebook data both on users and their friends.

According to a July 2012 MIT Technology Review article, when you installed the app, “it said it would grab information about my friends: their birth dates, locations, and ‘likes.’ “

The campaign boasted that more than a million people downloaded the app, which, given an average friend-list size of 190, means that as many as 190 million had at least some of their Facebook data vacuumed up by the Obama campaign — without their knowledge or consent.

If anything, Facebook made it easy for Obama to do so. A former campaign director, Carol Davidsen, tweeted that “Facebook was surprised we were able to suck out the whole social graph, but they didn’t stop us once they realized that was what we were doing.”

So in essence, Zuckerberg is merely returning Facebook to its roots.

Leftists argue that candidates will use it to push false information about their opponents. Without a doubt that’s true, but most political ads are dishonest or misleading anyway.

But billionaire George Soros let the cat out of the bag over the real reason why the Left hate’s Zuckerberg’s decision.

In a column for the New York Times on Friday, the billionaire philanthropist George Soros warned that Zuckerberg and Facebook would help Donald Trump win re-election in 2020, thanks to a developing “informal mutual assistance operation or agreement”.

Soros wrote: “I believe that Mr Trump and Facebook’s chief executive, Mark Zuckerberg, realise that their interests are aligned – the president’s in winning elections, Mr Zuckerberg’s in making money.”