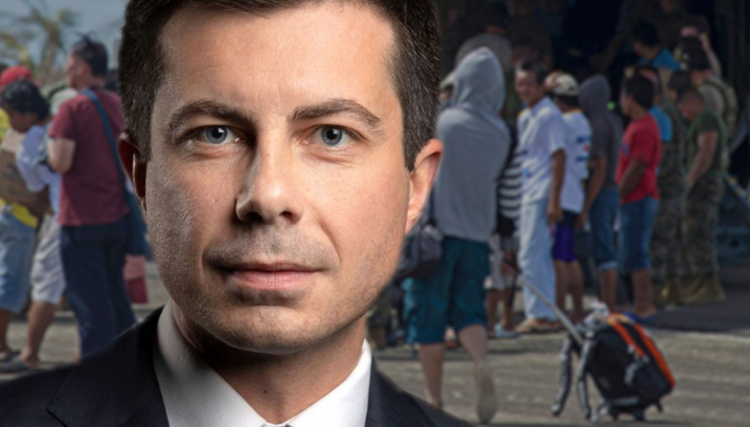 One only need look to Europe – destroyed, quite literally, by the hijrah. Better still, look at Pete’s short but failed record as Mayor of South Bend.

When residents of this city’s impoverished West Side reflect on Pete Buttigieg’s two terms as mayor, a few things come to mind: A spike in violent crime, development that largely ignored the African American community and how their only well-lit street is the one that leads to the University of Notre Dame.

So how, they wonder, can Buttigieg possibly be trusted to run the country?

“If he’s the next president, I fear for our country. He couldn’t run our city. How can he run the United States?” said Michelle Burger, 42, a stay-at-home mom who lives in South Bend’s impoverished and predominantly black West Side.

“LOOK AT ALL THE CRIME — HE DIDN’T DO ANYTHING ABOUT IT. LOOK AT OUR QUALITY OF LIFE. IF HE BECOMES PRESIDENT, THE UNITED STATES WILL BECOME ONE BIG SOUTH BEND — A GIANT SINKHOLE. WE’LL BE IN A NEW DEPRESSION.”

Jason M. Reynolds, Tennessee Star, February 15, 2020:Mayor Pete says he would inundate America with at least 110,000 refugees a year if he were to become President Pete, an increase of 511 percent.

Democratic presidential candidate Pete Buttigieg, mayor of South Bend, Indiana, made the remark in a Q&A interview on human rights with Amnesty International. The full interview is available here.

One question was, “What role should U.S. refugee admissions play in our response to the global refugee crisis?”

The world is facing the largest refugee crisis since World War II. Instead of providing leadership, the Trump administration has abdicated its responsibility. We need to restore our place as a global leader in refugee resettlement. I would return to the 110,000 admissions target last proposed by the Obama administration and would be open to going beyond that number. Far from being “full”, many communities like my own have actually lost population and would welcome more immigrants and refugees. It is not only the right thing to do, but in our interest, as it would help grow our tax base and plug labor gaps as Americans age.

I also recognize that while the U.S. can play a far bigger resettlement role itself, we must at the same time encourage our allies to also resettle more refugees. Even still, this crisis is too large to resettle every refugee. I will work with states on the frontlines of displacement crises to provide incentives to move refugees out of camps and integrate them into the labor market and broader society so that their protection is more durable and the host community can also benefit.

Buttigieg is not the only would-be Democratic president who would open the borders to a mass influx of refugees.

Mike Bloomberg wants to flood America with refugees by 694 percent, or 125,000 refugees each year, The Ohio Star reported.