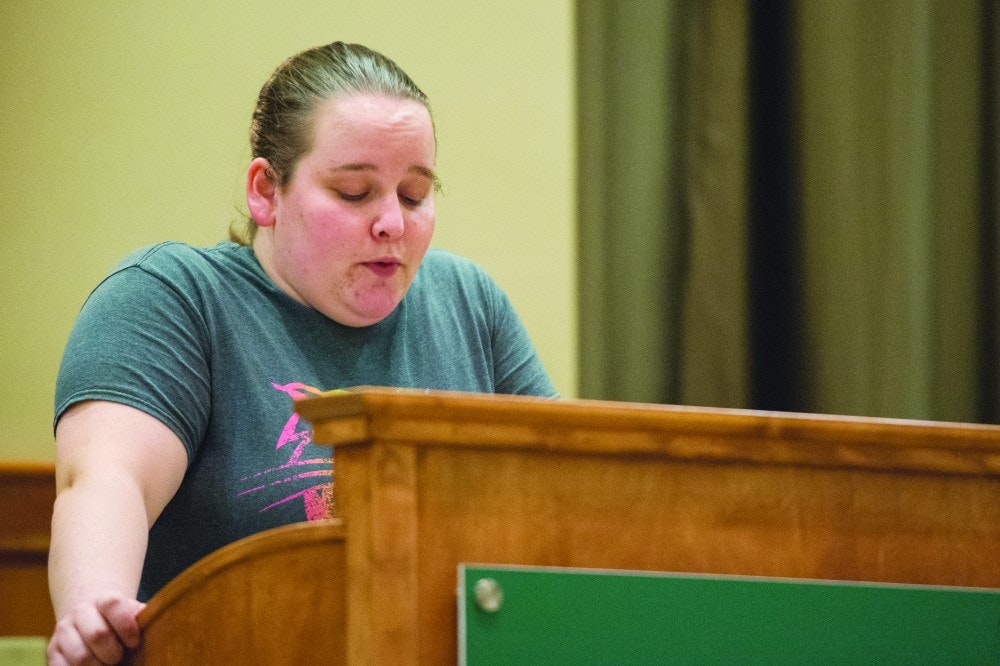 The latest in a long string of hate-crime hoaxes by the Left comes from Ohio University, where a lesbian journalism student was arrested by police on Oct. 8, 2018, for fake death threats that she’d sent to herself.

The university’s student paper The Post identifies the student, Anna Ayers, as “an LGBTQ”, member of the Student Senate, and commissioner of the Senate Appropriations Commission. She is also a columnist and member of the publishing board of The Post.

Ayers reported receiving three threatening messages, two in the Student Senate office and one at her residence, including:

Ayers said she had spent the weekend “angry, frustrated and disappointed” after finding the first note. After receiving the death threat, she spent hours with the threat “ringing over and over again in (her) head.”

Student Senate President Maddie Sloat said the note likely came from someone within Student Senate because whoever left the note had to know which desk in the senate office belonged to Ayers. Sloat said in a statement:

We are still processing and encouraging our members to take time to heal and utilize campus support resources right now. We’re complying with the investigation and OUPD. We hope Anna receives the help that she needs.

At a special Student Senate meeting to discuss the threats, several senators said they were shocked the threat had happened on a campus they had long considered safe and accepting. Others said it was important to remember hate exists everywhere. The meeting discussed the importance of standing up to injustices and examining personal biases, and the need for cultural competency courses.

Ayers said it was hard to comprehend that the notes might have come from someone within Student Senate:

“Senate will never be the same for me. The friendships will continue to grow, and our successes will always evoke pride, but the memory of my time in senate and at OU will be marred by this experience. We will all have a memory of a time when this body failed one of its own.”

Despite all that, Ayers would not quite the Senate. She said “I could have quit senate Friday after the first note. I mean, nobody would have said I didn’t have the right to do that. But it never crossed my mind.”

“You may find me revolting and worthy of a threat on my life, but in reality, it is your beliefs that are repulsive. You need to get this through your head, you f—ing a–hole: I am proud to be who I am, and nothing you could say or do will ever change that.”

The university even had the locks on the Student Senate doors changed.

The Post reports that on October 8, 2018, after an investigation found that Ayers had sent the three threatening notes to herself, Ohio University police arrested and charged her with three counts of making false alarms. Each count is a first-degree misdemeanor that carries a maximum penalty of 6 months in jail and a $1,000 fine.

The next day, Ayers resigned from her positions as commissioner of the Senate Appropriations Commission and as a member of The Post Publishing Board.

On Wednesday, Oct. 10, Ayers pleaded not guilty to the three counts. She was scheduled to appear in Athens County Municipal Court yesterday morning, but will appear at a later date.